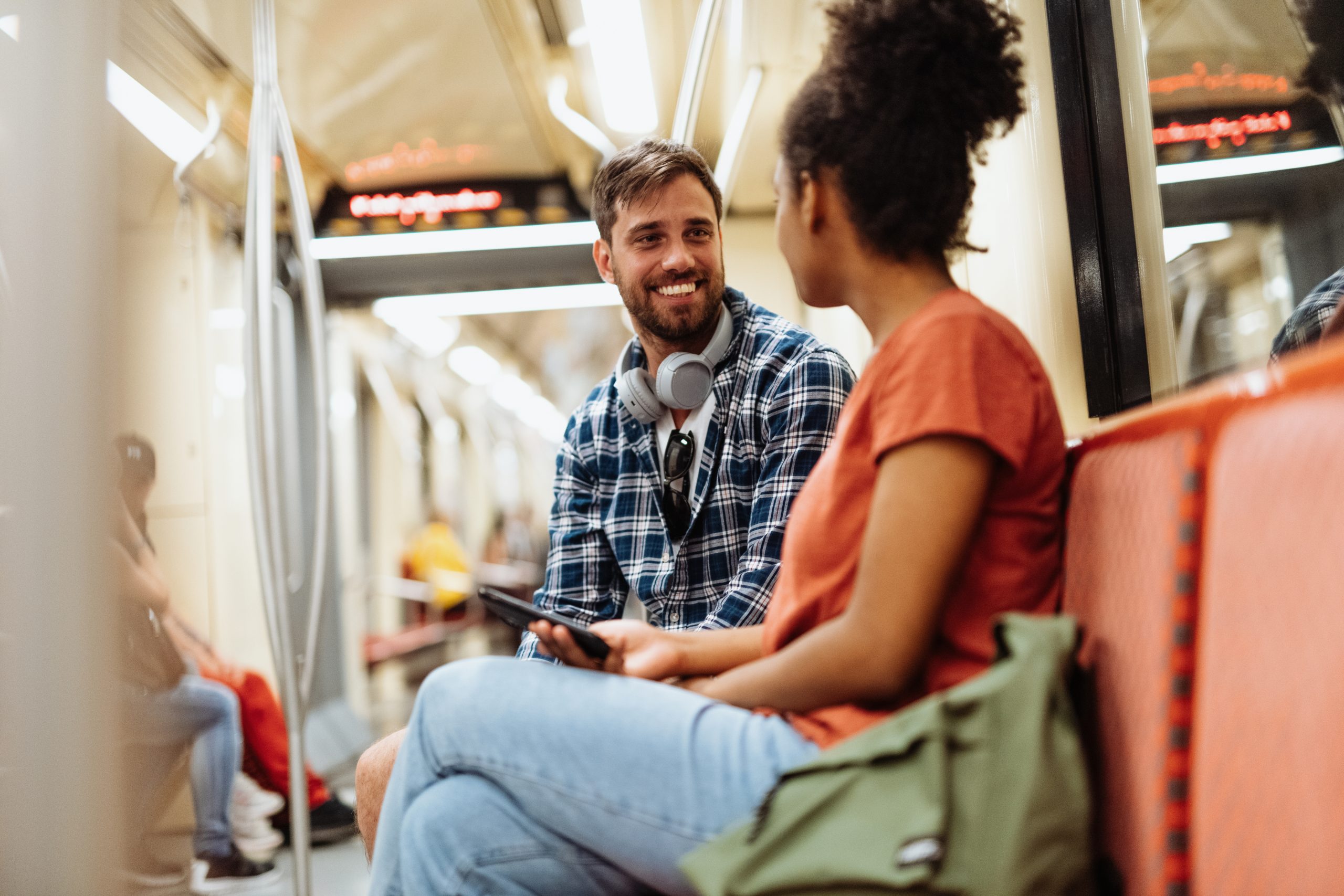 A guy who smiles at you falls into three main categories.

The guy who smiles at everyone, the natural flirt and the guy with genuine romantic interest.

The guy who smiles at everyone, smiles for the sake of it.

It is second nature to him to smile without much thought.

You don’t want to get caught up falling for a guy who just smiles for the sake of it.

Keep your excitement about this guy in check.

Don’t misread what he is doing.

Does he smile at everyone?

A guy who smiles at everyone isn’t interested in you?

To determine whether a guy who stares at you has romantic interest, he needs to be smiling at you and singularly you.

When you catch him looking at you, as long as he isn’t a shy guy, he holds eye contact with you while smiling until you remove it.

Here, he has used his body language to establish a brief nonverbal connection with you.

Before you get too excited, there is something else you need to consider.

Is he a flirty guy?

There are guys who are natural flirts.

When they spot a girl they are attracted to, their flirt mode instantly kicks in.

Part of that mode involves smiling.

Over time, these natural flirts develop a talent in smiling at girls and making them feel like they are the singular girl in the room.

He doesn’t have any authentic romantic interest in any girl that he smiles at, given that he presumably already has a girlfriend.

Being a natural flirt, he enjoys the attention.

To take it any further than flirting is too much for him.

It’s not enough that you caught him smiling at you, pay attention to what he does afterward.

Is he smiling at other attractive girls likewise?

Alright, in the event there are no other girls around who are attractive besides yourself, pay attention to his body language.

A guy who is a natural flirt but has no intention of going beyond smiling at the girl isn’t going to look back at you.

He got your attention when he smiled at you and that was enough.

A natural flirt has moved on.

His head goes back to his smartphone or stares off into space.

This is the natural flirt.

A guy who is romantically interested in you looks back at you.

His smile isn’t as evident this time around.

Rather, he is studying you.

Did this attractive woman look in his direction a few moments ago?

She smiled briefly at him and looked away fairly quickly.

He isn’t sure whether she was feeling him.

As his mind is caught up in these thoughts, he is looking back at you, studying you, intent on figuring you out.

Then, you look back at him, again.

It wasn’t a fluke, she did show interest the first time around.

With this confirmation, he smiles again at you.

Most guys who smile at you out of romantic interest aren’t instantly thinking you must like them when you look back at them briefly and look away, even if you smile at them.

Most men aren’t used to such a direct show of interest from a woman, as women are normally more subtle with their signals when they are attracted to a guy.

So he looks at you again, not as smiley at first, as he is working on figuring out whether what happened a few moments ago was a sign of interest from the girl.

Once she looks back at him, his full smile returns and he is convinced she is interested in him.

Emboldened, he makes a move on approaching the girl.

Your job isn’t done the first time you meet his eye.

You need to look back at him again and catch his eye to confirm you are interested in him.

26 thoughts on “What Does It Mean If A Guy Smiles At You?”