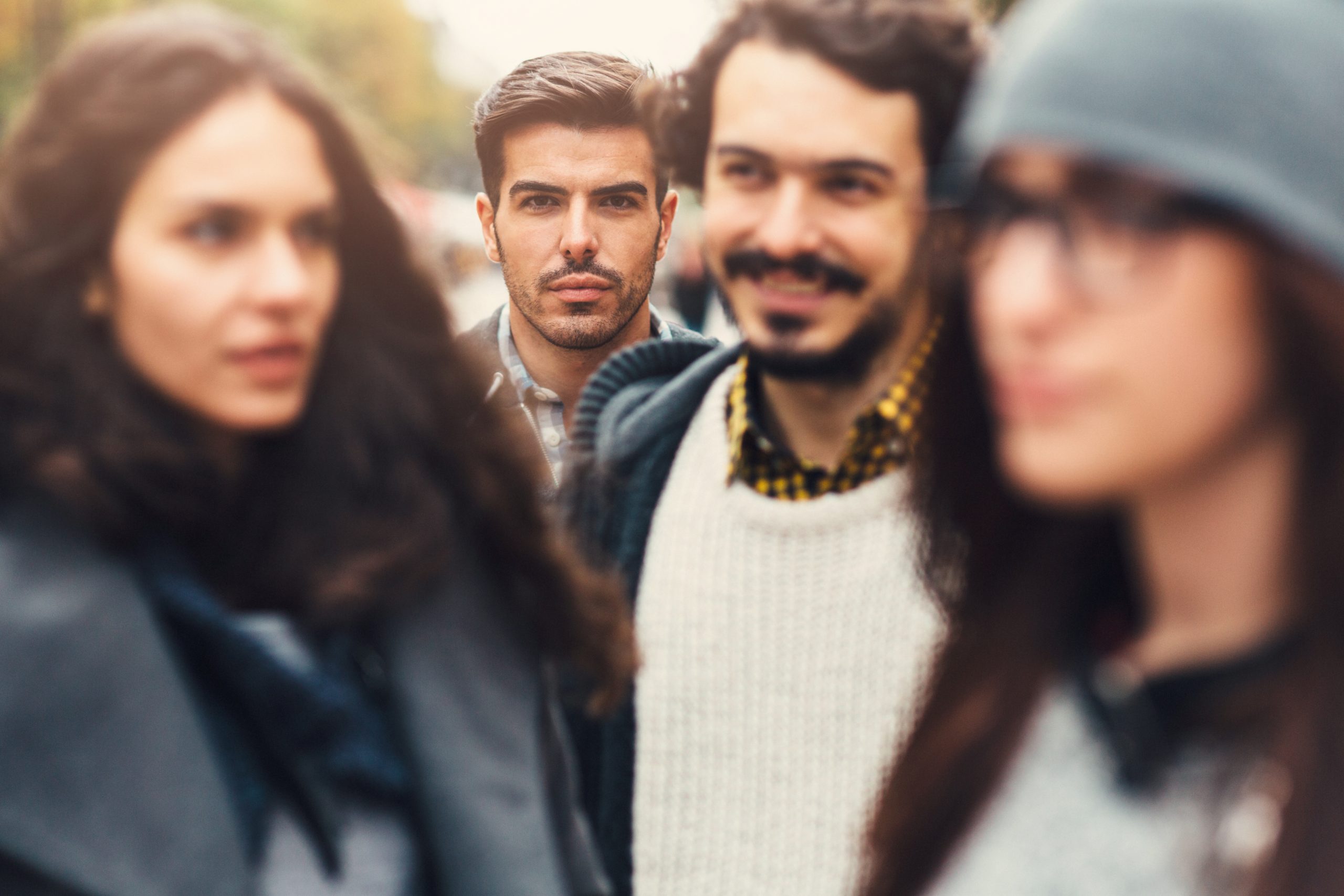 When a guy stares but doesn’t smile, you remind him of someone.

Oftentimes, when we are reminded of someone, we are lost in our own thoughts for a moment.

This is the reason why he isn’t smiling as he is staring at you.

He is lost in thought.

In his head, he is replaying times and experiences that he had with the person that you remind him of.

These times and experiences are good or bad.

He is literally caught in a moment of nostalgia and isn’t entirely aware of the effect that he is having on you.

When a guy does this, he unconsciously slips into a good or bad mood.

This isn’t dependent on you personally.

He doesn’t know you that well or at all.

His reaction is dependent on the emotion the memory that you trigger has on him.

It is that powerful of an effect.

Sometimes, when a guy stares at you but doesn’t smile, he is shy.

Most shy guys have little experience with girls and they are ill-equipped on how to show a girl they are interested and conduct conversation.

Convincing himself that a romance with her is slim to none, he isn’t keen on smiling.

He doesn’t know how nor does he have the confidence to express himself to this girl.

A part of him believes the girl is taken, but this doesn’t stop him from fantasizing about what it is like to talk to her or date her.

As he is lost in thought in this fantasy, he isn’t smiling, merely staring.

He doesn’t want to give the girl the notion that he likes her by smiling.

In his mind, she is taken anyway or is never giving a shy guy like him a shot.

Beneath the stories he has orchestrated in his mind, the real issue is his fear of rejection.

Shy guys are terrified of rejection.

On occasion, this has to do with a history in which he has had negative experiences with a girl in the past.

Misled into believing she was interested, he made a move on her, but was rejected.

As a direct result of this, he doesn’t smile, adverse to falling for the same tricks he fell for before.

He doesn’t want to be vulnerable.

The sting of a girl who doesn’t reciprocate a smile back isn’t something he cares to experience.

Worse yet, she does smile back, he makes a move, and she rejects him.

Shy guys have mental stories and life experience constantly dissuading them from making a move on a girl.

She is attractive and he stares, but he won’t dare make a move.

But shy guys are tame compared to some other guys who stare but don’t smile as a tactic to show the girl she is nothing more than his pawn and he has no respect for her.

It’s a power play and he gets off on it.

Making the girl uncomfortable is where he receives his emotional and mental fulfillment.

It’s his own version of a game of chicken.

This is a guy who has had negative experiences with girls and with life in general.

Life has emasculated him and he wants his vengeance.

Staring at a girl and getting off on how uncomfortable she is, is his middle finger to everyone that has made him feel weak and vulnerable in his life.

He doesn’t care to approach the girl, being that staring her down is enough for him.

From here, he moves on to the next unlucky girl that catches his eye.

84 thoughts on “What Does It Mean When A Guy Stares But Doesn’t Smile?”