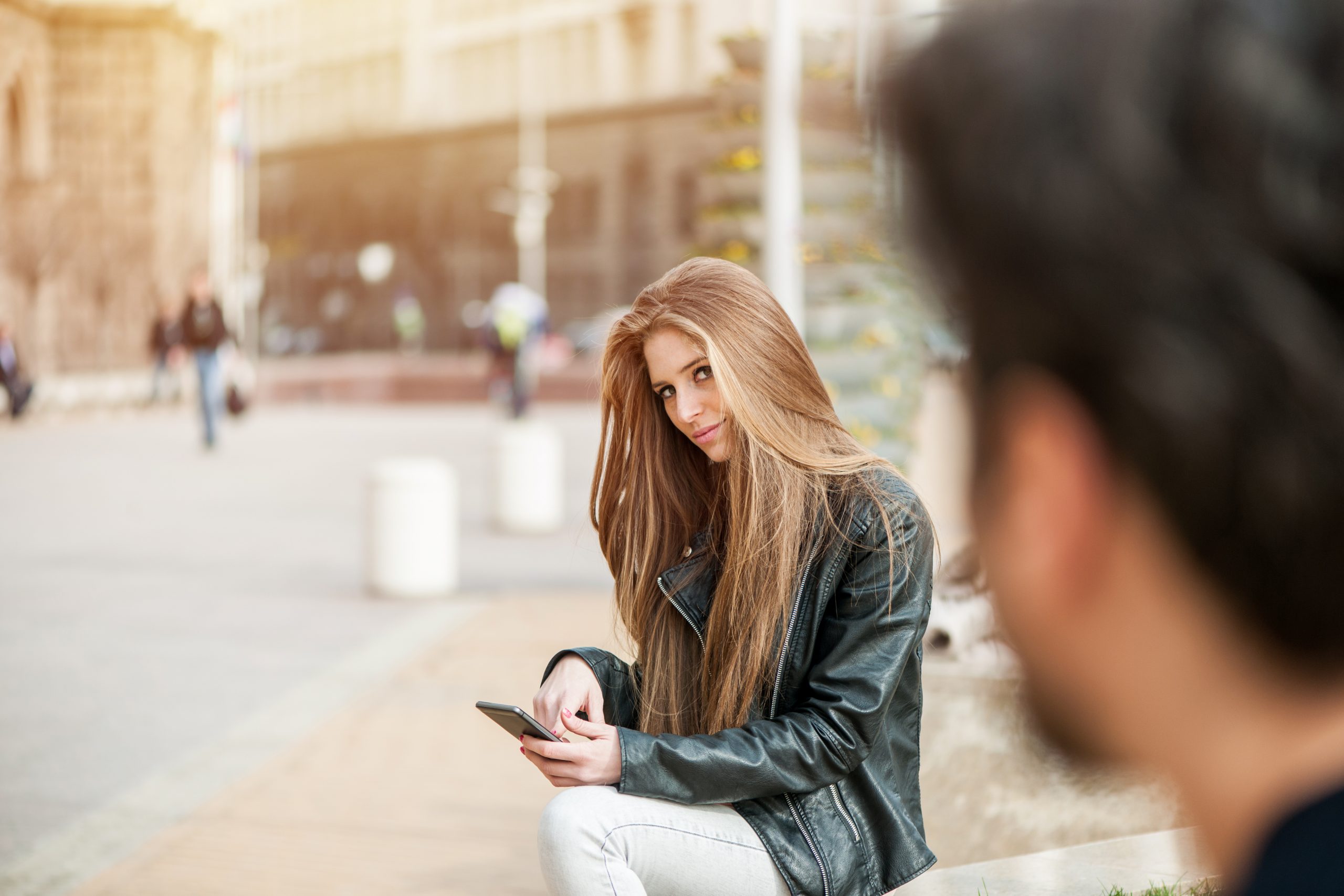 A guy who is attracted to a girl doesn’t fake it.

His desire is to hook up with the girl or date her.

Faking attraction does him no good.

Don’t put yourself down.

Regardless of how unlikely you believe that a guy who looks like him would be attracted to you, it isn’t out of the question.

But, before we come to this conclusion, you need to know what signs of attraction a guy uses when he is interested in a girl.

The last thing you want is to misinterpret what he is doing.

There are some guys who act in a fashion that feels like they are attracted to you, but in earnest, they behave in the same fashion with every girl.

An extroverted guy or a confident guy has no qualms initiating a conversation with you or giving you a compliment.

That doesn’t mean he is attracted to you or being fake.

As a girl who probably doesn’t have a lot of experience in knowing what constitutes attraction and what doesn’t, misreading his behavior is extremely likely.

Before you interpret his behavior for any form of attraction, fake or not, be cognizant of what attraction constitutes.

An extroverted or confident guy who initiated conversation with you and gave you a compliment has a propensity to do that with lots of girls.

The same thing applies when he happens to glance in your direction and smile for a brief moment.

A one time occurrence of this doesn’t mean he is showing attraction towards you, fake or otherwise.

As a girl who isn’t well-versed in how guys show they are attracted to a girl, misconstruing these actions works against you.

A guy who is attracted to you makes eye contact over and over, and treats you unlike he does other girls.

Rather than talk to you as a member of a group, he does his best to sequester your company and have more alone time with you.

This is where he lays on the charm and hopes to connect with you through flattery, flirtation and humor.

This is how an extroverted or confident guy shows he is attracted to you.

Is this the behavior you have experienced from this guy?

In the case that it is, this is no fake attraction.

So much of your perception is based on you not wanting to believe that a guy like this has the capacity to be attracted to you.

This is low self-esteem on your end.

Though you aren’t used to having guys you are attracted to approach you, it doesn’t mean that it isn’t possible.

A guy doesn’t expend a bunch of his energy to get a girl’s attention or to get to know her, with the intention of being fake.

That doesn’t do him much good.

It’s too much time wasted.

When a guy is attracted to a girl, he repeats his behavior and treats her differently than he does the other girls, hoping that she gives him a sign that she is interested in him too.

There is nothing fake about it.