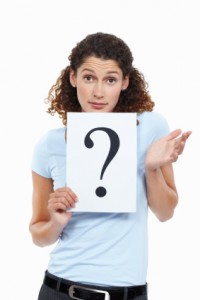 He may be confusing because he doesn’t know how you feel about him.

Oftentimes, a guy is looking for signs from a girl that she likes him.

He may have been looking your way often with the hope that you would look back at him with interest. He wanted to get your attention at opportune moments but you may have ignored him.

He may have tried talking to you before but you didn’t seem that interested.

He may have given you a compliment before but you didn’t return the compliment.

There are a number of things he may have done that you didn’t really respond to.

Hence, he gets to the point where he isn’t sure whether you like him or not.

He may even believe that you don’t. However, he is still interested in you and still tries to look your way from time to time or get your attention.

If you can take a look at your behavior when he is around or when you interact with him, you may be able to tell whether you have been behaving in a way that would make him feel like you aren’t interested in him.

Perhaps this is a guy that you know and you are even friends with.

Perhaps you have a lot of conversations together and they seem to go well.

He may compliment you from time to time or really try to make you laugh.

Perhaps your conversations even lead to flirting.

You may look at all these moments as signs that he is interested in you.

Yet, he doesn’t seem to be making a move on you in terms of asking you out and you are wondering why he is being confusing.

You should understand that though he may be exhibiting signs that would normally indicate that a guy is interested in you, it doesn’t necessarily mean that he is.

There are guys who just love to flirt and they don’t mean to take it any further than that.

There are guys who love to compliment in order to make the girl feel good but they don’t mean to take it any further than that.

There are guys who love to crack jokes and make a girl laugh but they don’t mean to take it any further than that.

The best way to know that he truly likes you and wants to be with you is when he follows all that up with actual action.

Hence, the test of time is a big factor in all of this.

If he is still not making a definitive move on you to ask you out or be with you in a romantic relationship after a decent amount of time has passed, there is a good chance that he doesn’t want to take the relationship in a romantic direction.

Also, by observing if he treats other girls in a similar fashion as he treats you, you would know whether he has been singling you out or not.

If he talks and treats other girls the same way he does you, you are nothing special to him as far as romance is concerned.

This is a possible reality that you should also consider because you can easily tell yourself that there is something special about you.

Perhaps he did something the other day that made you think that you were special to him or different.

However, do understand that he may be the kind that does all this for a purpose.

Some guys are able to manipulate girls by acting in this way.

Hence, it’s crucial that you don’t jump into conclusions about how this guy truly feels about you until you have observed him long enough to make an educated judgment.