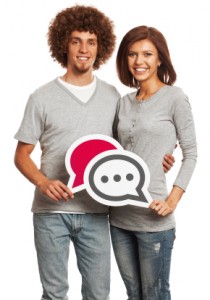 There are some guys who will regularly message you but never end up asking you out.

In essence, they are holding back.

This means that you haven’t had that mind-blowing effect on them yet.

You didn’t grab their initial attention to the point where they wanted to ask you out right away or soon after beginning to message you.

In other words, they are just not of the frame of mind that you need to be someone that they ask out eventually.

Oftentimes, if he has been messaging you regularly for a while now but hasn’t asked you out yet, he may be talking to other girls as well.

He just doesn’t know if you would be someone that he wants to go out with and thereby he is keeping his options open.

Again, you haven’t blown him away.

You haven’t made him feel that there are stakes in all this.

In other words, he doesn’t feel as though there is any hurry in asking you out in fear that some other guy may ask you out first and thereby he loses you.

It shouldn’t be taking him this long to figure out whether he wants to ask you out or not.

If he has been messaging you regularly, by now, he should have generated enough information about you and your personality to know whether you are someone that he wants to ask out.

Hence, time in this case can be your enemy.

The longer he waits but continues to message you regularly, the less likely he is going to come around and ask you out.

As I mentioned earlier, he doesn’t feel like there are any stakes.

He isn’t worried about losing you to some other guy during this process.

When a guy isn’t worried about this, he is less likely to look at you as a romantic interest that he would want to ask out.

Now, there are some exceptions in this situation.

If he is a really shy guy, he may actually message you regularly, may want to ask you out but still doesn’t.

Oftentimes, shy guys will do this because they are so nervous about how you will respond if they were to ask you out.

They worry so much that they wouldn’t be able to handle it if you were to turn them down.

They also worry that they may change the dynamics of their relationship with you for the worse if they were to ask you out and you turned them down.

Hence, they keep messaging you regularly in the hopes that at some point you either ask them out or you make it abundantly clear to them that you want them to ask you out.

If you know that the guy that has been messaging you is shy by nature, this may be a reason why he is yet to ask you out.

You may have to either be a lot more obvious with the fact that you like him and want him to ask you out or you may have to ask him out yourself.