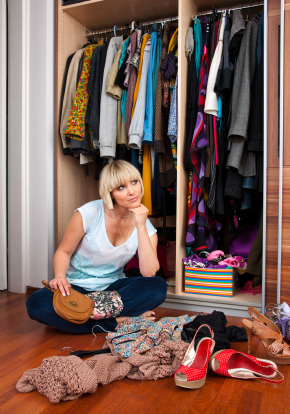 If you both haven’t talked to each other in 5 months, it’s important to avoid setting too much expectations on this meeting.

Perhaps you had previously hit it off and then something happened that led to the end of the interaction.

You should try not to place too much emphasis on the chemistry that you previously shared.

It’s been 5 months and things may have changed.

In other words, the chemistry may or may not still be there.

Hence, you should approach this meeting with an open mind and try not to place too many expectations or preconceptions on it.

You don’t really know how things are going to go.

They may go well or you may realize that there is no real chemistry anymore.

The most important thing that should be remembered is that you should approach this as though you were just freshly meeting this guy.

In other words, come in with a curiosity about him and an openness to get to know him anew.

If you were to simply go by what you experienced with him 5 months ago, you may be making a major mistake.

He may no longer be that person.

He may have changed.

You may not have even had enough of an opportunity to get to know the other side of him previously.

In other words, what you may know of him may be what you remember but there may be a lot more to him than you were able to learn about during that time.

Thereby, you should really try to approach this with a sense of discovery and curiosity.

Avoid trying to look at him as you did 5 months ago.

As I mentioned earlier, you have no real idea what has happened in the last 5 months.

You also don’t really know what other sides there are to him.

You will need to give this meeting a chance to allow you to see that.

This means that you should ask fresh questions and be attentive to what he has to say.

Now, if you are seeing this guy after 5 months of not talking, you also need to understand that it is important to learn what his motives are.

He may have just gotten out of a relationship and may be using you as a rebound.

This is why you should resist the temptation to do anything intimate with him too soon or allow yourself to become too emotionally attached this early.

There was something happening these last 5 months.

You don’t want to be the filler.

You don’t want to be the girl he calls simply because he has lost his girlfriend and he is lonely.

A person will interact with another for a while then disappear.

A few months later, you hear from them out of the blue.

Well, oftentimes, that person was in a relationship with someone else during those 5 months.

If that relationship ended, that person may not hesitate to try and reconnect with people from his past.

He will usually go for the most recent one.

That would be you.

A guy with this kind of motive is typically not going to stick around.

The moment his old girlfriend calls him back, he is leaving you.

Hence, before you allow things to go any further, ensure that you learn what his motives are.