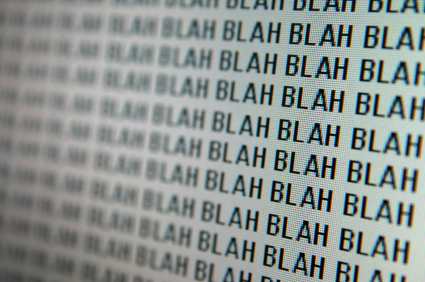 If you have just started dating this guy, he may not send you as many texts as you would like or want.

A guy will typically act this way because he doesn’t want to appear too desperate this early on.

He may want you to miss him.

He may want you to get the impression that he has a life and isn’t looking to text you at every opportunity.

You may want him to text you more because you like him.

You may not understand why he would hold back on this.

You may believe that by texting you more often, he would be truly showing you that he likes you.

He may not want to appear to be too needy this early.

You may also notice that his texts to you at these early stages may be shorter as well.

In essence, he may not want to get too involved in a conversation over texting.

He may want to save deeper conversations for face to face dates.

Another reason why guys tend to not text too often earlier on is because they may not have reached the point where they feel enough of that excitement to do so.

In other words, he may want to experience more of your energy so as to tell if you are the kind of girl he would want to spend a good amount of his time texting to.

He may need to have a few more dates or encounters with you to get to the point where he can truly tell if you both share strong chemistry and compatibility.

At this stage in your relationship with him, he hasn’t had the opportunity to truly gauge this.

Hence, he keeps himself from texting too often because he doesn’t know where this could lead.

He hasn’t gotten the emotional go-ahead to really get into this thing.

He needs more experiences with you in person to understand just how much he feels a connection with you.

Yes, he may be attracted to you. However, this isn’t always enough in the beginning.

It will get him to set up further dates with you and have some light text conversations, but it isn’t what will make him want to text you all the time.

He needs that extra encouragement that comes with being around you and finding more of a connection.

Once he experiences that and knows that you are a girl that he really enjoys being around, he would be more prone to sending you texts on a much more regular basis.

At this point, he would be thinking about you often.

He would still feel the good vibes he had from the last date he was on with you.

He would want to recapture that spirit and energy when he texts you.

A guy will often hold back on sending you a lot of texts until he has reached this level of comfort and compatibility with you.

Your task is to be patient and make yourself available.

If there is true compatibility, the number and frequency of texts you get from him will increase over time.

He may just need this time to allow himself to start getting used to the fact that you are in his life.

Perhaps he has never truly had someone stick around long enough for him to feel the need to keep texting that person frequently.

Hence, he may have developed this habit of not texting all the time because he made an initial assumption that this interaction with you won’t last long anyway.

The longer it lasts, the more he may realize that this situation is different and that realization may be enough to get him to start texting more frequently.