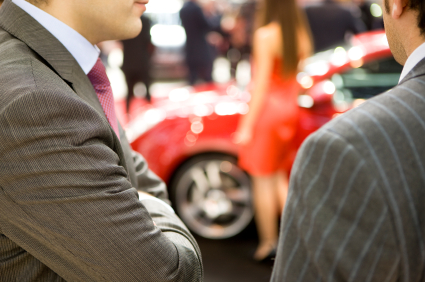 You are using the word, “most likely.”

“Most likely” is not a definite even when it comes to the possibility of getting rejected.

Do you really want to operate on a “most likely?”

We would “most likely” of never found cures for dangerous diseases if we didn’t try.

We would “most likely” of never discovered electricity if we didn’t try.

We would “most likely” of never built planes and conquered the skies if we didn’t try.

We would “most likely” of never landed on the moon if we didn’t try.

We would “most likely” of never gotten the internet if we didn’t try.

I think you would consider a lot of what I have just described as positives.

We are able to learn more about the universe around us because humanity dared to go into space even when it seemed impossible.

We are able to reap the benefits of modern medicine to help cure many diseases because humanity dared to try.

We are able to experience the benefits of having electricity because humanity dared to try even when it seemed so unlikely that such energy could be harnessed.

We are able to fly in planes and safely get from one side of the world to another because humanity dared to try what would seem to defy the laws of physics.

We are able to learn so much more about the world and connect with our friends and families and strangers thanks to the power of the internet because humanity dared to try.

You see, there is always risk involved with anything that is worthwhile.

However, if humanity had lived with the pretext of a “most likely” to fail, the lifestyle we live today would be very different and wouldn’t be for the better.

When you are so worried about the rejection that you “most likely” feel will occur when you approach someone, you are entirely focused on the negative.

You haven’t given yourself the opportunity to think about the positive.

You forget about the fact that you are showing true character by approaching.

You are showing a willingness to be assertive.

This bodes well for you and your personality.

Even if you made this approach and you were rejected, it doesn’t change the fact that you showed assertive will and you were ambitious.

This is how humanity has had so much progress over time. It is about that willingness to try.

It is about that willingness to be daring.

Someone else will eventually appreciate that aspect in you and will say yes as long as you keep trying.

You are so caught up in the rejection that you believe you will receive that you never give yourself the opportunity to just let the moment live.

You are not a sorcerer.

You can’t tell what is truly about to happen no matter how intuitive you may believe yourself to be.

You have no idea how that girl is truly going to react to you.

Having had past rejections from other girls doesn’t mean that you will get the same response from this girl.

Girls aren’t all uniform robots who have identical agendas for the type of guy they like.

If your approach is respectful, you will ultimately succeed.

The key is to make the move and avoid prejudging the situation.

Every girl is different and thereby her reaction to you may be based on her own unique criteria.