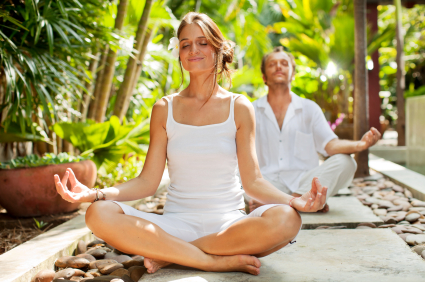 One of the best ways to tell a guy you like him is to ask him out to do something with you.

It is an effective approach because you get to do two things.

You get to ask him out while conveying the message that you are attracted to him in a romantic sense all at the same time.

He should get the point when you do this as long as you are clear about what you are doing.

If you act like this is something that is more on the friendship level and you intend to have other people there, he won’t get the message.

If you act like this is just another hang out at a familiar place that many people in both of your social circles tend to go to, he won’t get the message.

You should ask him out with the pure intention to show that this is for the hope of romance and not friendship.

This means that your invite should be intended for the both of you only.

It should also be at a place that isn’t a popular hangout for the friends in both of your social circles.

This will help to convey the message to him that this is different.

This is not just a friendship hang out but something more.

Another effective way to tell a guy that you like him is to do so directly.

You shouldn’t elaborately plan this out beforehand.

If you do so, you would rehearse what you are going to say and this will only make you more nervous.

You would be constantly second guessing the use of certain words or phrases.

By the time you actually get to telling this guy that you like him, you may mess it up and sound very forced.

He may be put off by this and not quite know how to react.

Thereby, you would need to be as natural as possible when you tell him.

A good way to be natural is to not plan this out beforehand.

Simply start having a conversation with him and when if feels right in the conversation, you can let him know.

You could do that when you have discovered that you have something in common with him.

You could let him know that you like the fact that you share this in common and think he is a fun and interesting guy.

You would love to talk some more over the phone.

You should sound natural when you say this.

The compliment to his character has let him in on the possibility that you like him.

The invitation for further conversation over the phone has let him know that this is romantic interest and not platonic.

He would be more inclined to give you the accurate response when he is certain of your intentions.

Another effective way to tell a guy that you like him is to use your body language.

When you use touch, eye contact and smiling on a consistent basis, he will begin to get the picture.

This is what guys are often looking for.

They want to see some kind of body language sign in order to let them know that a girl is truly interested in them and likes them.

Put in the effort to be closer to him as you speak.

You can even lean into him from time to time.

Touch his arm, leg or shoulder as you speak or interact.

Look into his eyes and maintain the eye contact for a few precious seconds before taking it away.

Smile at him often and give him a slight nod with your head cocked to the side.

These are all very strong body language signs of interest.

You are already telling the guy that you like him without having said a word about it.

For this to work, you must be consistent. Sometimes, a guy needs a few exposures to this kind of behavior to get the point.