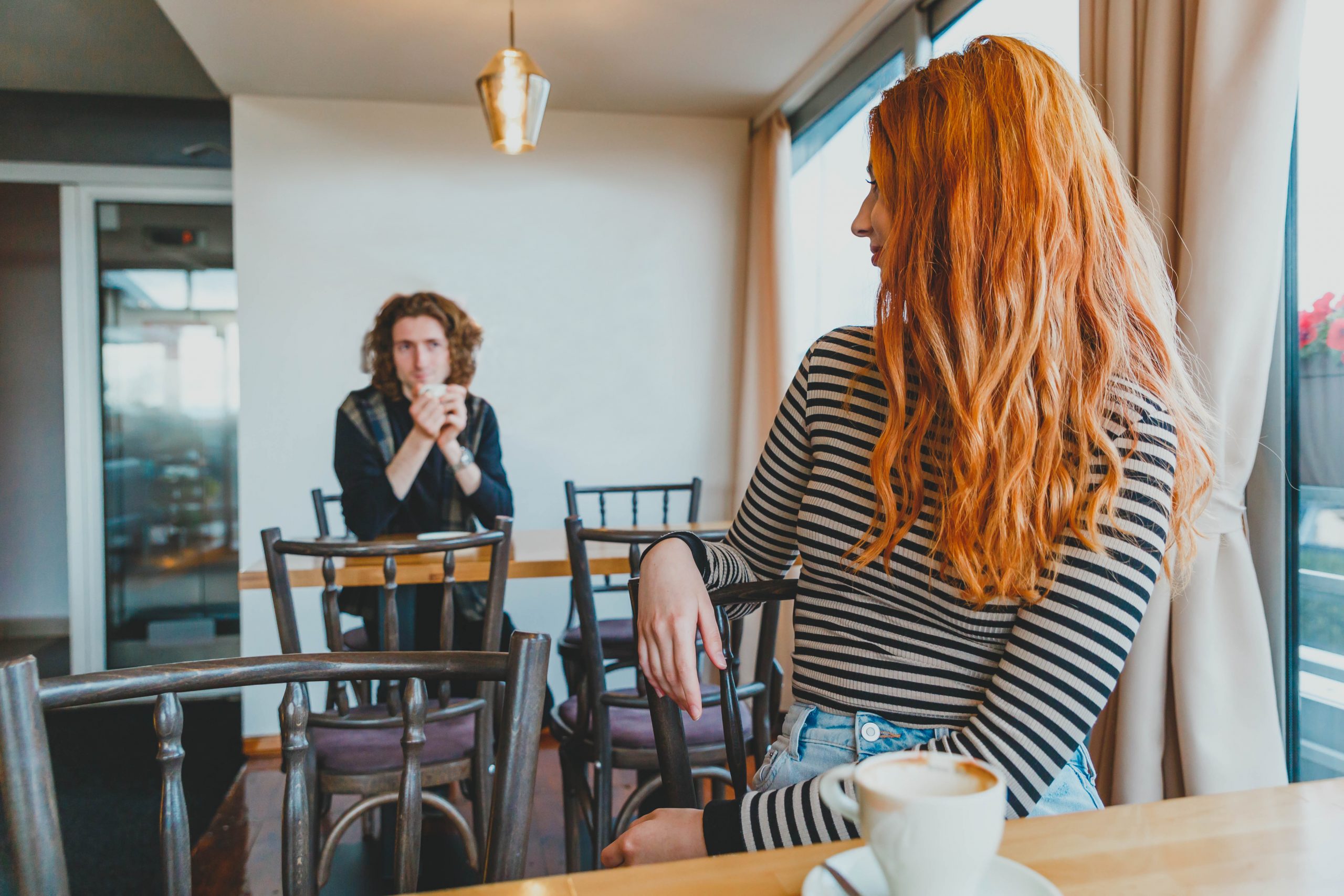 It gets annoying after a while.

He won’t stop staring at you and yet, doesn’t do anything about it.

There have been moments where he was staring at you so much, it felt like he was finally about to ask you out.

At first, the staring was cute, but now, you are annoyed.

You are tired of guessing whether today is the day where he finally gathers the courage to ask you out.

With each day that passes, it feels less and less likely.

The frustration you feel is something that many girls who like a guy and wait for him to ask them out go through each and every day.

Some guys stare, but they never do anything.

A reason for this is attributed to the girl and how she reacts to him.

When a girl isn’t responding to what he is doing, he is discouraged.

Fearing that asking the girl out risks outright rejection, he chooses to keep staring at her instead.

She hasn’t given him enough romantic feedback to have the courage to make a move on her and ask her out.

She doesn’t stare back at him that often, and when she does, it is never supported with a smile.

Do you avoid looking back at him for a sustained period and smiling?

In society, guys make the first move on women in most romantic situations.

This exposes them to the risk of rejection.

Given the weight of this, the bulk of men who are considering asking a woman out look for romantic cues from her.

Without consistent evidence of these romantic cues from her, they are less prone to making a move on her in asking her out.

An enormous romantic cue from a woman is where she looks back at a man that is staring at her, holds eye contact and smiles.

Do this with this man.

Once you do this enough, the fear of rejection is significantly reduced and he feels emboldened enough to ask you out.

Something else that is happening when a man won’t stop staring at you and ask you out, has to do with where he is in his love life.

Some of these men are already in romantic relationships, but it’s complicated.

When he stares at you, he sees the embodiment of what he desires in a romantic partner.

To him, you have the qualities that his girlfriend doesn’t.

To some extent, you might even remind him of what his girlfriend used to be like, before she stopped putting out an effort and settled for monotony.

Although he doesn’t know you adequately, your energy gives him the perception that you would be a perfect girlfriend for him.

Unfortunately, he is already in a relationship and his complicated emotions are wrapped up in it.

He isn’t happy in it, but he isn’t prepared to give up on it.

This man is fantasizing a world where he is your partner.

But this is a fantasy and nothing more.

He doesn’t intend to follow through with it in asking you out.

Avoid getting caught up in the stares.

The priority now is to find out whether this guy is available to romance or not.

Otherwise, your mind has a tendency to create its own stories, sucking you into your own fantasy about a life with him as your boyfriend.

This makes you emotionally attached without a foundation and this is ill-advised.

Whenever you catch him staring at you, look back for a sustained period and smile.

Do this consistently and it won’t be long before he gets the message that you are romantically interested in him.

In the event he continues to do nothing about it, take that as a sign that he has a complicated relationship with a girlfriend somewhere out there and isn’t emotionally available to you.

This is where you let it go.

This saves you from emotional attachment that wastes your mental energy.