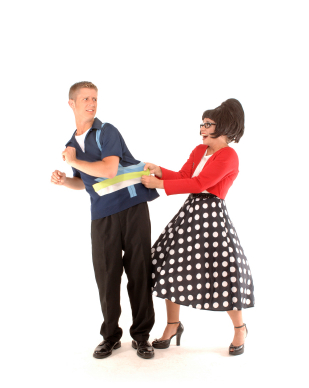 If the guy is not taking the initiative to communicate or hang out with you on a consistent basis, you stop pursuing.

A relationship is a two way street.

If this thing is to work, the guy also has to show that he is truly putting out an effort to get to know the girl.

If you find that you have been the only one truly taking the initiative to get each other talking or going out, he is not a guy worth pursuing.

You have to understand that he is acting this way for a reason.

He may be enjoying the attention and is too lazy to reciprocate.

Either way, he is showing a lack of caring and effort that doesn’t bode well for a relationship.

You can’t keep allowing yourself to be the one that does just about everything.

One of the biggest problems with this is that you will make him lazy.

He may become so comfortable with the fact that you are the one who initiates everything that he chooses to do nothing.

He has to be invested in this for it to work.

You can’t be the only one who is putting out the effort.

You are not dating yourself after all.

He would have to give that energy back for this to work.

I know it can be difficult to consider letting this guy go and ending the pursuit.

I know that sometimes we can get so stuck on someone that we hold on to them in the hopes that things change.

We hope that this person will eventually start showing us the attention we deserve.

We misguide ourselves into thinking that as long as we continue to try hard and initiate as much we can, this person will eventually return the favor.

Unfortunately, it rarely works out this way.

The reason being the fact that one person isn’t truly trying.

One person has allowed the other to do everything.

This affects how this person views the relationship and how much of themselves that they are willing to invest in it.

They wouldn’t invest much when they know that they can get away with it.

You have to come to terms with the fact that he is not returning the effort.

You may try to cling to the fact that things were going really well in the beginning.

However, that was then and this is now.

He may be the type that looks for this kind of relationship.

In fact, you may be able to tell from his dating history that he has always been the lazy one.

He may be the kind that knows what to do in the beginning to get the girl hooked.

Once he has her hooked, he knows that he can stop the effort because she will do the rest.

Guys like this love the attention that they get.

They never intend to return it.

You would be doing yourself a disservice by clinging on to what once was.

That was in the past and it may have all been a ploy.

You need to focus on what is happening today.

This guy is simply not worth it.

Realizing this enables you to put this behind you and move forward with your dignity intact.