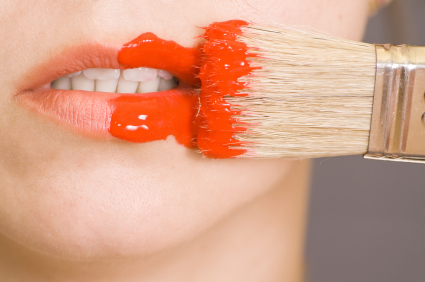 The girl may not wear makeup anymore for the guy because that really wasn’t who she was to begin with.

In other words, she may have been initially wearing makeup for the guy in order to get his attention.

She has succeeded in that.

Now that she has the guy, she may no longer feel compelled to wear the makeup.

This is often the case with girls who don’t typically wear makeup that much in their day to day lives.

They may prefer the natural look or may simply not like makeup that much.

If she doesn’t wear makeup for the guy anymore, she may have gotten used to being around the guy.

As a result, she feels like she can now begin to show more of her true self.

Since she typically doesn’t like wearing makeup that much in her daily life, she is willing to show this true self to the guy.

She has gotten comfortable with him and is willing to take this risk.

This is what often happens when two people start getting comfortable around each other.

This is when the true person starts to show.

You may notice some new habits that you never thought they had or didn’t know they had.

This is how it tends to work when two people are settling into the relationship for the long haul.

It is human nature to try to present the best person possible when dating someone for the first time.

You would want to look your best because you want to give the best impression.

You would want to look your best because that in turn would make you feel a little bit more at ease during the dates.

However, once both people get comfortable around each other and to some extent begin to take their relationship for granted, this is when someone starts naturally letting their guard down.

They will begin to reveal more and more of who they truly are.

If a girl isn’t wearing makeup for you anymore, she just may feel really comfortable around you.

In other words, you may put her at ease.

It doesn’t always mean that she doesn’t see you as anything special because she doesn’t wear makeup anymore for you.

Understand that another big reason why women tend to wear makeup is in order to boost their confidence.

If she is no longer wearing this makeup, she may have gotten to the point where she doesn’t need that boost anymore.

She already feels comfortable and confident around you to the point where she may feel that she doesn’t need that makeup.

She may have come to realize that she is much more confident now that she is able to be around you without a made up facade.

She is indicating just how much of a confidence boost you are to her.

In other words, you are the boost she needs.

She doesn’t need the makeup to give her that boost of confidence anymore.

You are the one that provides that.

She is quite happy and content to use you as that boost and be herself.