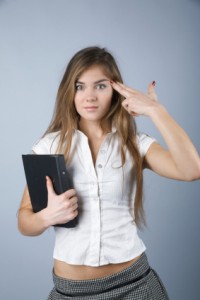 You should give up on this guy if you feel like he is not working just as hard as you to make this relationship work.

You will know this by simply taking an account of how he has been behaving.

It can be so easy to fall for the mistake of getting carried away with what you desire and hope for in all this.

You may feel like there was a connection or some chemistry and you simply don’t want to throw that all away.

Having interesting conversations and some chemistry in the beginning doesn’t mean that it will be rekindled.

There has to be an equal willingness in both parties to want to make a relationship work.

This guy has to show just as much energy and desire in order for this to work.

You should give up on a guy who doesn’t care about spending more quality time with you and getting to know you.

If he seems to be a lot more eager to hang out with his friends than with you, he has already shown you where he stands.

An afterthought is someone that will not be at the forefront of his mind.

An afterthought is someone that can be easily forgotten because someone better has come along.

An afterthought is someone whose feelings have no bearing to him.

This is not the person you should aspire to be. You shouldn’t be an afterthought.

He should be constantly wondering about what you are doing and whether you are alright.

This is the kind of guy that truly cares.

This is the kind of guy that will make sacrifices with his time just to ensure that he gets to talk to you or hang out with you.

When a guy only thinks of you in passing, he is not the right guy for you.

Unfortunately, you may fall for his words.

He may be very good at telling you just how special you are and how much he likes you.

However, what good are words when they aren’t backed up with action?

They are completely worthless.

Try not to allow yourself to become so caught up in his words that you lose sense of your reality.

Your reality is that this guy hasn’t been showing you the kind of interest and effort that you have been showing him.

The reality is you rarely get to talk to this guy or see him when you would want.

The reality is this guy says a lot of nice words but never backs them up.

It’s time to give up on this guy when you know that you have been playing your part to show him that you are serious and he hasn’t done the same.

You give up on this guy when you realize that a future with him would be so unpredictable it would make you miserable.

When you face the reality of your situation, you will be able to do what you have to do.

This also helps you move forward with your life and avoid being stuck in a situation that only gets worse with time.