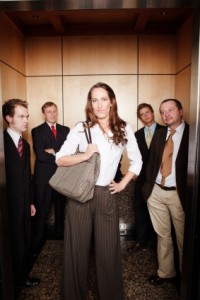 It really depends on how much the guy likes the girl and what kind of guy you are dealing with.

If the guy likes the girl a lot, he can easily get jealous if another guy talks to her and is sequestering her attention.

This is typically the case with guys who are relatively protective with who they choose to date and are unabashed about showing it.

That kind of personality will still translate to a girl who isn’t even his girlfriend.

Guys like this are typically used to dating and focusing on one girl at a time.

They will typically put most of their energy into talking to that girl as opposed to talking to multiple girls at the same time.

This is why they can get very territorial when it comes to who talks to this girl.

Since she is most likely the only girl that he is seriously talking to, he wouldn’t want any other guy to move in on his territory.

This type of guy also tends to be the kind that is relationship-oriented.

This guy wants to be in a relationship in a relatively short period of time after beginning to date a girl.

This is the kind of guy that would get jealous if another guy started talking to a girl that he has been talking to even if she is not his girlfriend.

He may not have too much experience with dating girls as well.

There may be a part of him that is even a little shy or insecure.

He would be constantly ensuring that he says the right words and he presents himself in the right way whenever he is talking to this girl.

He wouldn’t want her to ever sense the fact that he tends to get somewhat nervous whenever she is around.

He feels like he always has to be the perfect guy in her presence.

He tends to prepare his speeches before he talks to her.

He wants to get every word and sentence right.

This is the kind of guy that you may be dealing with.

You may not be his girlfriend but in his mind you are very close to being so.

You are the one he wants to become his girlfriend in the very near future and as a result he already feels like he is your boyfriend.

He may have even already planned out what you would do together once you officially become a relationship.

He doesn’t want anyone else to come in and ruin this dream.

On the flip side, you could have a guy who doesn’t really get jealous when another guy talks to the girl that he is talking to even if she isn’t his girlfriend.

He may act somewhat jealous but all he is doing is gauging her.

He wants to see just how serious she is about talking to this other guy.

If he notices that she is quite serious, he will let her be.

This guy didn’t care that much in the first place.

He is typically the kind of guy that is either not looking for a relationship or just enjoys flirting lightheartedly with girls.

He doesn’t have the mindset to commit to anyone at this time.

He talks to you and hopes you play along.

He has no set goal in mind.

If he notices that your interests have gone somewhere else, he will not have a hard time letting go of you after some initial observation and quietly moving on to other girls.