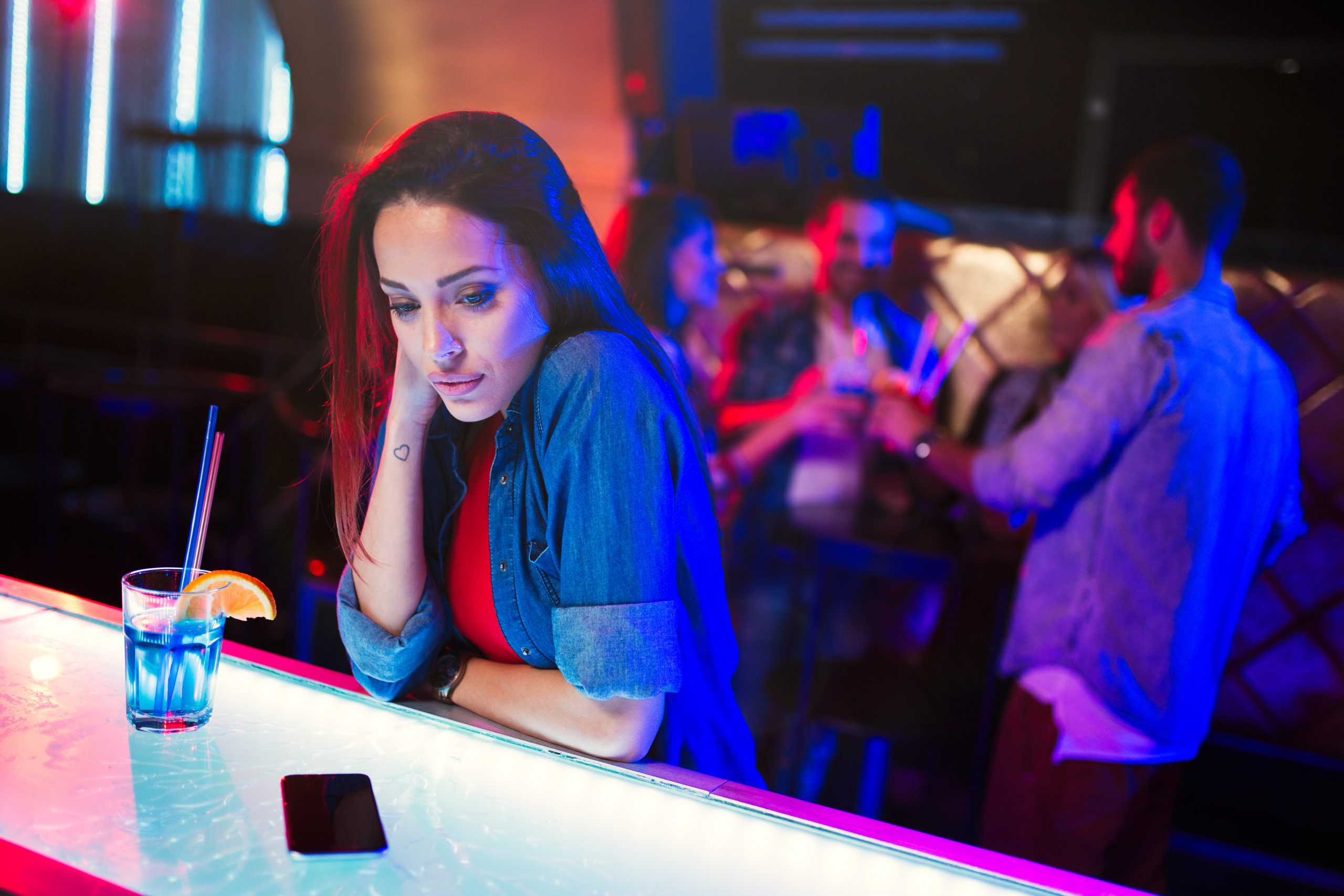 He was charming and funny.

Conversations were always vibrant and lasted for hours even.

Then he got ahead of himself.

He wanted something from you that you weren’t ready to give quite yet.

Up until that point, he had been considerate of your feelings and desires.

He flirted but wasn’t too pushy or overbearing.

You thought he would understand.

Now, he is no longer calling or texting you like he once was.

He isn’t asking you out on dates.

Attempts to reach him have met nothing but silence.

A disappearing act has been carried out and you are heartbroken.

You weren’t trying to play hard to get.

It just takes you some time to feel safe enough with someone to get intimate with them.

Other than physical intimacy, you were showing him that you were attracted to him.

Kisses and hugs were in abundance.

He had no real reason to abandon you.

Unless of course, all he ever wanted from the start was to sleep with you.

Believing that, would be a bitter pill to swallow.

The connection had been so strong since the first day and his sincerity so palpable.

Surely, he wasn’t only biding his time, fooling you into thinking he truly was interested in getting to know you as a person, solely with the intent of sleeping with you?

There must be another reason for why he gave up so easily on you.

Men can’t be that selfish.

In certain cases, its simply men who misread your positive responses to their advances, including your body language, as a sign you want to sleep with them.

When they make a move on you in that vain and are rebuffed, their egos take a hit.

They were open to taking longer in getting to know you, but felt like you were giving them every reason to believe you were ready.

Feeling a sense of unease and a healthy dose of embarrassment, they flounder.

Continuing to talk to you only reminds them about their embarrassing moment and inevitably, the communication starts sputtering until it is no more.

Unlike the guy who misread your body language cues as a sign that you wanted him to make a move on you, these guys only started talking to you with the sole intention of sleeping with you.

They give up when they realize that all the game in the world isn’t going to get the girl to give it up sooner.

These are men who are used to girls who do give it up sooner.

They start with the basics when it comes to seduction.

A process of eliminating a girl’s worries about whether the guy has honest intentions by acting as though they truly care about the girl as a person.

Once they do this for a short period of time and believe she is feeling secure, they move on to their next bag of tricks.

There is normally a time frame these guys have in mind in terms of how long it should take to seduce the girl into giving it up.

Through experience they have an informed idea of how long it takes to get the woman hooked and finally be able to sleep with her.

Sure, they like the challenge of pursuing her, but once the expected time frame runs out, they are at a loss.

They have run out of tricks from their playbook and now feel discouraged.

Initially, the challenge is appealing.

The ability to seduce a woman over a set time frame is alluring.

But, again, it all comes with a time limit with guys like this.

These are men who are used to using their talents in seduction to get the woman to succumb.

They rarely have to use their entire bag of tricks.

Practice on several women has shown that most succumb fairly soon, without the need for them to use everything they know in their repertoire when it comes to seduction.

This has spoiled them.

It has set an expectation of a particular time frame.

When a woman, like yourself, goes beyond that time frame and these men have exhausted their repertoire of tricks when it comes to seduction, the challenge of getting you to succumb to them is no longer enticing.

To save face, they conclude you were playing games all along and never had any interest in romance.

Further conversation or dates with you would only remind them of their failure and the fact that they are no longer in control.

They are in no man’s land now, where you dictate where this is all going.

Not being in control is absolutely unappealing to guys who are used to getting their way once they have used their tried and true techniques of seduction.

So they give up on you.

But again, to alleviate their damaged pride, they make you out to be the villain in their minds.

You were never really serious.

You were just a time waster.

Allowing that to assuage some of their frustration gives them the impetus to move on to another girl.