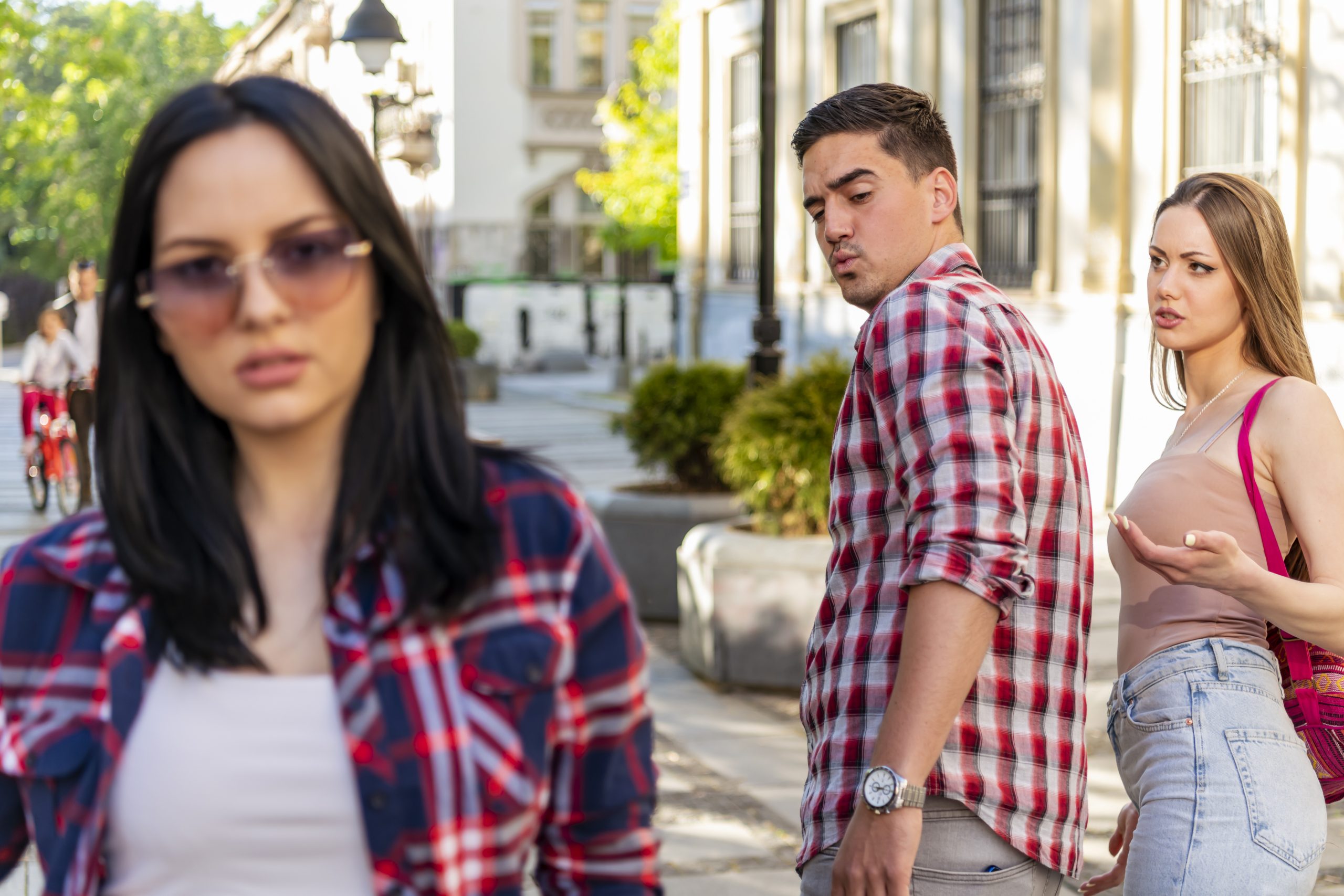 Many players do fall for women who don’t want them, as they have finally met a woman who isn’t fawning at their feet.

She surpasses them in intellect or style.

There is something captivating about meeting someone that is so above what the player is used to in women, that he struggles to get her out of his mind.

Players are used to getting what they want.

Years of practice has made them very adept at pushing the right buttons when it comes to getting a woman to fall for them.

Players get used to this and take the seduction game for granted.

When a player actually comes across a woman who doesn’t want them, it is an initial shock to their system.

I compare it to how a person feels when they are going 100 miles an hour in their car and suddenly have to come to an abrupt and unexpected stop.

Tires are screeching and there is a powerful lurch forward.

Those tires are spinning and smoking.

This is what it is like for the player when he meets a woman who truly doesn’t want them.

He is taken aback and surprised.

Accustomed to getting what he wants and knowing the right words to use, he is completely flummoxed by this exceptional woman.

His tried and true methods of seduction aren’t working on her.

He has no effect on her.

This woman is now an enigma.

She is foreign and is something that he has either never come across before or rarely does.

Now, he wants her more because he refuses to be beaten.

All he has to do is just raise his game to the next level and he wins her over.

So, the player raises his game.

He is using tactics of seduction that he has rarely had the need to use in the past, believing he is going to win.

She is surely going to fall for these smooth words and moves.

To his shock and amazement, she doesn’t fall for that either.

What on earth is going on?

The player tries to raise his game higher.

It still has no effect on her.

She is not budging.

She is playing along from time to time only to stop him dead in his tracks.

He doesn’t go any further.

Now he has completely run out of game.

This is absolutely foreign territory to him.

He has run out of tricks.

Unhappy, he is self-critical about his looks, something he has never had to do.

He is in complete confusion and is out of his depth.

This is when he realizes that this woman is rigidly stuck in his mind and he is fighting a losing battle to throw her out of it.

Like a man possessed, he calls her, writes her, sends her gifts, etc.

She responds from time to time but the conversations rarely go very far.

Yet again, he is in a situation he never is with women, as he is now the one initiating everything.

The shoe is on the other foot.

Until this woman, he was used to being on the receiving end of endless calls and text messages from smitten women, but this woman isn’t doing that.

This is when he has met a woman that has made him drunk with desire.

This is when and how the player falls for a woman who doesn’t want him.

4 thoughts on “Do Players Only Fall For Women Who Truly Don’t Want Them?”