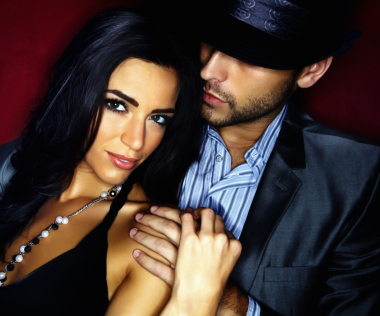 If he is into you, he will try to spend time with you and take you out on dates.

He will typically be invested in getting to know you and what you are about.

He would be patient with you and would maintain a consistent channel of communication with you.

When he is into you, he will want to know about the other people in your life.

In essence, he would want to know more about them.

He may even try to befriend them so that he can show you that he truly values those who are important to you.

In other words, a guy who is truly into you is going to make it obvious that he is as long as he knows that you are being responsive to him and that you are showing the same amount of interest.

He will typically listen to what you have to tell him and give you his undivided attention.

He will ask you follow up questions on the things that you tell him.

He will also remember what you tell him and bring them up as a topic of discussion in future interactions.

One of the biggest keys to tell that a guy is into you during all this is the amount of time he exhibits this kind of behavior.

If he is consistent in this kind of behavior, he is standing the test of time.

The test of time is the true confirmation.

A guy who is just a player won’t keep up an act for very long if he isn’t getting what he wants.

Sure, he can trick you initially into believing that he cares when he listens to you or keeps calling you.

However, he will ultimately show his true colors in time.

He will forget details about what you two talked about in the past and he will begin to show a lack of empathy when it comes to things that are important to you.

In his mind, he is wondering why things are taking so long with you and why you haven’t given in to his charms.

All of a sudden, he starts calling less.

He cares less about how your day went.

He doesn’t want to know more about your history.

You will notice that he is beginning to cut your discussions over text or on the phone short.

He is no longer interacting with you for the length of time that he used to.

He comes up with the excuse that something has come up or he is busy.

This is how you can ultimately see through a guy who tries to act like he is into you initially but ends up showing you his true colors as a player.

If you are trying to determine whether this guy could be into you or is just a player, watch for all of the behaviors I have just described.

But most importantly, use the test of time to help you determine his true nature.

Guys who are players tend to have their breaking point and aren’t all too patient.