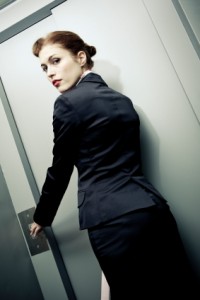 You should only be worried about your boyfriend’s new coworker if he has given you true reason to be.

You shouldn’t be worried simply because she is attractive and she goes out on lunch with him and other coworkers from time to time.

You shouldn’t be worried because she tends to bring him cookies when she does the same for everyone else at the office.

You shouldn’t be worried because your boyfriend has given her a ride home from work once or twice when an emergency occurred with her own ride.

In other words, you shouldn’t start reading more into the relationship that is really not there.

If you were to change her sex to that of a man with these incidents in mind, you wouldn’t feel so threatened.

Now, where you do need to worry though about your boyfriend’s new coworker is if you notice that he is constantly going out of his way to help her with favors outside of work hours.

Perhaps he is picking her up to take her somewhere she needs to get to on the weekend.

He may even start helping her with certain errands that have nothing to do with work.

When you actually notice that your boyfriend is going out of his way to do favors for her outside of work-related favors, you may have cause to worry.

Hence, his behavior outside of his work is also something to observe.

This often means that he has developed a relationship with her that is not just professional but also personal.

He may be invested in her in an emotional way and may want to know that everything is alright with her when he thinks about her.

In other words, when he does think about her, those thoughts aren’t work-related.

He is not wondering whether she got the project that they were both working on completed.

Instead, he is wondering whether she is at her Pilates lesson or at her kid’s recital.

He is actually visualizing what she may be doing outside of the professional setting of work when he thinks about her.

You will also notice this in the way he communicates with her.

If you notice that when he texts her or talks to her, he is not typically talking about work-related issues or topics, it has gotten more personal.

If he is asking her about how her appointment with her hair stylist went or whether she tried out that deli meat that he recommended to her, he has made this a lot more personal.

He is thinking about her in a much more personal sense than with only work-related topics.

Also, another cause for worry is if you notice that he seems to be taking up quite a bit of her workload at work and actually giving excuses as to why he is doing it.

He may say things like, “She is so new, she is just beginning to learn how things work,” or “She’s doing great, she will get better.”

He may be saying these things despite the fact that you know that she is doing a terrible job or isn’t doing her fair share at the job.

These are the instances that you worry.

When you worry, you should take precaution.

Instead, use this as an opportunity to build even more trust with your boyfriend.

This is how you allow your relationship to develop a stronger sense of unity, thereby taking the worry out of situations like this.