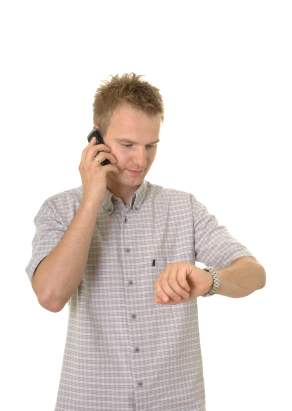 She may not be talking to you anymore because she got bored with the conversations.

She may have gotten used to the conversations that she typically has with you.

She may now know what to expect. That could mean that she may know that you will talk about the same topics or issues and make the same jokes.

She knows that you will ask her about the same stuff over and over again.

There may be a part of her that initially liked all this.

However, you have become predictable.

You talk to her about stuff that you know worked in the beginning to win her over.

Being that these topics have worked in the past, you continue to use them.

The problem now is that she may not want you to keep playing it safe.

She may want you to take a risk by starting a topic of discussion that is different and challenging.

You may not have done this.

Perhaps she gave it time.

Perhaps she continued to talk to you even when she knew that she was getting bored because she hoped that you would eventually change the topic and take your conversations into a new and different direction.

She tried to be patient as she waited on you to do this but you never have.

Now she realizes that you are just playing it safe and sticking to topics you know she enjoys.

She starts becoming less and less enthused to talk to you.

Her conversations with you are beginning to get shorter.

She may even take a while to respond to your text.

She may take a lot longer than usual.

She may even ignore that text or phone call altogether until you try to contact her a few more times and essentially goad her to respond.

This may be the reason why she isn’t talking to you anymore.

Another reason why she may not be talking to you anymore could be because she feels like there is no romantic chemistry between you.

Your conversations may be very lengthy and interesting.

However, there may simply be something that is missing for her.

She may have been hoping that it would show up at some point during your interaction with her but it hasn’t.

She has been waiting for that spark or that surge of romantic excitement whenever she interacts with you.

However, it has been elusive.

Even though she may enjoy your conversations with her and even your intellect, she may not be getting enough from you to make her feel like you are a romantic prospect.

You may indeed be stimulating her mind but not so much her body.

This is where it becomes complicated.

This is where she realizes that she no longer wants to keep this up because she doesn’t want to waste any more of her time and possibly yours in the hopes that all of this could lead to a romantic spark.

Hence, she decides to no longer talk to you anymore.