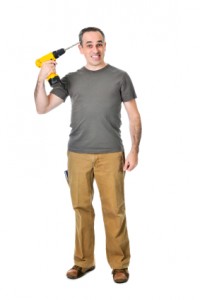 If she has called you her best friend, she cares about you deeply.

It doesn’t always mean that she has put you in the friend zone. Some girls like building relationships with guys before they consider dating them on a serious level.

She is comfortable with you at this point and likes having you around. There is nothing wrong with her looking at you as a best friend.

It doesn’t kill your chances of dating her.

So many romantic relationships have come out of two partners who were initially best friends.

Now, this being said, you still have to make a move on her.

You can’t keep procrastinating on what you should do.

You already know that you like this girl in a romantic sense.

You shouldn’t keep waiting on when you may believe is the right time to ask her out or tell her how you feel.

This is the danger that so many people fall into when they are in your exact situation.

They become comfortable being the best friend and fearful of jeopardizing that relationship by letting the girl know that they like her romantically or want to go out with her.

You shouldn’t be one of those people.

Here is the thing.

Even though she may have called you her best friend, she isn’t necessarily closed off to the idea of dating you romantically.

She already knows what makes you happy or sad.

She knows your temperament and ambition.

When she knows that she can talk to you about so much, she starts trusting you.

These are all good signs.

However, you shouldn’t delay.

All of these signs can easily make her accept the fact that you will only be a best friend and nothing more because you never ask her out or flirt with her.

A girl can just as easily accept the possibility that you will only ever be a best friend when she gets the notion that you aren’t interested in her romantically.

At this point, she may begin to force herself to believe that no romance will come of this and hence will start closing her mind off to romance.

She may also be worried about jeopardizing the friendship she has with you by insinuating that she likes you romantically or coming right out and telling you.

This means that in order for you to take your relationship with her to a romantic level, you will have to make the first move.

You will have to be proactive in making this happen.

Only when you make this move can you truly start allowing her to change her mindset.

That is really what it comes down to.

Letting her change her mindset.

Once she realizes that there is romantic potential in the relationship, she will know how to begin to assess it and embrace it.

She will be able to give you an idea of just how far she is willing to go with this.

You will never put her in this position if you don’t let her know your romantic intentions.