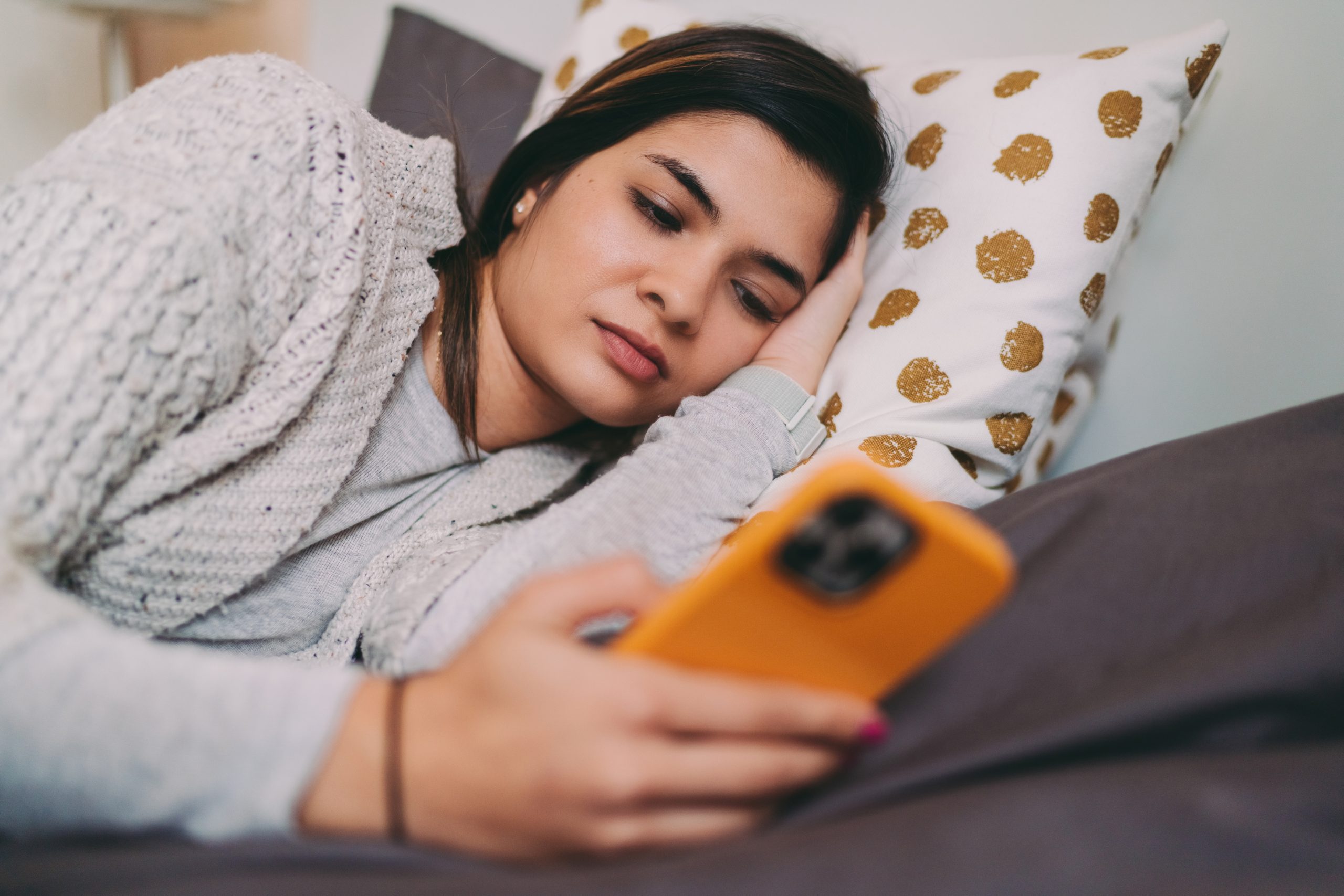 Be clear about what you consider to be “a lot.”

A guy who texts and calls you once or twice a day, or a handful of times a week, is someone who is showing interest.

When it is this early in courtship, many guys keep communication at a moderate level.

Gaining further knowledge about who you are as a person matters to him, but he doesn’t want to be too overbearing this early.

You know his interest in you is genuine when he has substantive conversations with you, asking you open-ended questions about yourself and asking you out on regular dates.

A guy’s romantic interest in you is not solely measured by how often he texts or calls, it is measured by the quality of his texts and calls too.

With this in mind, consider what you regard as the right amount of texting and calling.

How many texts and calls a day or during a week, do you consider normal?

Is he texting and calling you, but not at an amount you desire?

Be careful not to have your excitement about him and consequent desire to hear from him cloud your judgment.

A guy who is texting and calling you, but doing it at a rate of one or two attempts a day, isn’t always thinking that he is doing something wrong.

To him, contacting you once or twice a day is sufficient, especially when a relationship is new.

Hearing once or twice a day from him doesn’t mean he doesn’t like you.

To him, this amount is enough, for now.

It is common for a girl who is excited about a guy to want to hear from him multiple times a day, being that you like him so much, but keep your excitement tempered.

Being too pushy about communication this early in the dating stage has a tendency to push a guy further from you.

As long as he is communicating with you on a regular basis, be patient with him.

Not every guy feels the need to communicate with a girl he is dating multiple times a day, especially this early on.

Let him savor the process of getting to know you.

Don’t you want him to savor every moment he texts or calls you, as opposed to doing it based on how much pressure you are putting on him to contact you?

Don’t you want him to miss you a little bit, in-between conversations?

As he gets to know you over time, the number of texts and calls have a propensity to increase.

In due time, you hear from him at a greater amount.

But, let it reach this juncture naturally, without applying pressure on him.

Some guys this early into dating a girl don’t want to come off as though they are needy or desperate.

Keeping the texts and calls to what he considers to be an appropriate degree at this time, works best for him and keeps him from feeling like he is overdoing it.

What matters most is that he is texting and calling regularly.

A guy who is barely texting and calling you, is a guy who isn’t interested in you.

Where you hear from him sporadically or just once a week, or you only hear from him when you initiate a text or call to him, is how he demonstrates strong signs of disinterest.

A guy who does this feels an ego boost in knowing that you are into him, but his actions show that he isn’t prepared to put in the effort to court you.

Never get sucked into continually texting and calling a guy who is barely doing the same with you.

You are someone who kills boredom and boosts his ego, nothing more.