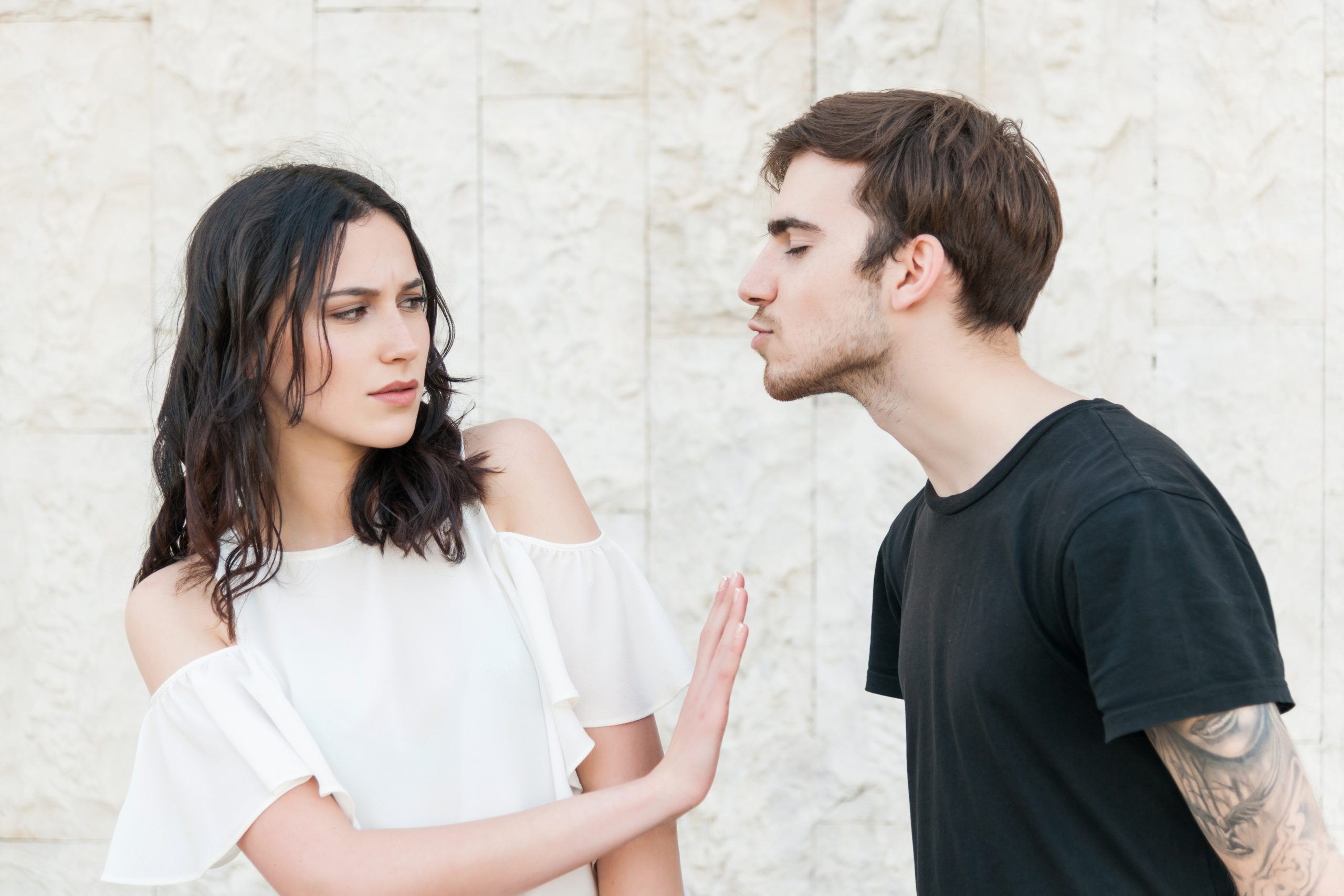 You felt like he wanted to kiss you at the end of the first date.

The way he was looking at you and then even stealing looks at your lips.

Even before this final moment as your date came to a close, you sensed that he was leaning towards wanting to kiss you by the end of the date.

He flirted with you a bit too much.

He was trying really hard to make you laugh.

He insisted on paying for the entire date.

He clearly wanted everyone within eyeshot to get the impression that you were his girl.

You have been in this situation before or you haven’t, when it comes to first dates with guys.

Either way, you just sensed that he was going to try to go for the kiss at the end of the date.

You didn’t give him a lot to work with when the moment arrived, or so you thought.

You tried to maintain a healthy distance.

You hurried the moment up in the hopes that he wouldn’t have much time to make his move on you.

Now, you haven’t heard from him in a few days or his communication with you has been choppy.

He hasn’t asked you out on a second date or did, but is now making excuses about his availability to fulfill that second date.

It’s natural that you start asking yourself questions about that first date.

Besides knowing that he most likely wanted to kiss you at the end of the date, the rest of the date went off quite well.

You enjoyed his company.

He succeeded in making you laugh a number of times.

He was probably the best first date you have been on in a while.

You thought about the possibility of having more dates with him while he was serenading you on the first date, it felt good.

He hasn’t shown much energy since.

Your mind instantly replays that first date in your head and all you are able to think of in order to figure out why he is acting this way is the absence of a kiss.

You knew he wanted to kiss you.

You are almost certain of it.

But you tried not to give him an opening.

You shut it down as politely as you could without saying anything.

It must have been that, right?

A guy who truly had a good time at a first date isn’t going to lose interest when you don’t kiss him.

If anything, getting to know you during the date and having a great time doing so, makes the guy more curious to learn more about you.

They don’t have those expectations.

They are more concerned with chemistry and conversation.

They know they have more opportunities to go for a kiss after some rapport has been built-up during the course of a handful of dates.

They don’t expect that rapport to be so strong on a first date that they end up kissing their date at the end of it.

There are some exceptions to this.

Even when the typical guy isn’t thinking about a kiss on the first date, he can get a little carried away by the moment.

When a first date goes so well, he starts thinking that the woman is expecting a perfect ending to the date.

She is expecting him to kiss her.

It begins to weigh on him.

He didn’t come to the date with any intention of kissing her in the end, yet, she seems to be connecting with him so well, both verbally and with physical touch, that she must be expecting him to make a move to kiss her at the end of the date.

He burdens himself with this thought until the end of the date arrives.

He has the sense that she wants him to kiss her but he isn’t entirely sure.

He looks for any romantic cues from her to indicate she wants him to make a move.

This is when you are getting an even stronger feeling than you had all through the date that he wants to kiss you.

You find a way to discourage it and he backs off, or perhaps it’s too late and he begins an attempt, forcing you to rebuff it in some way.

The lack of a kiss wouldn’t be the reason for him to lose interest in you.

Even in a situation like this, in normal circumstances, he would still want to see you again, being that the rest of the date went really well and he never came with the expectations to kiss you at the end of the date anyway.

Unless, of course, he felt incredibly embarrassed.

If you have noticed a lack of interest since the first date, it has more to do with a sense of awkwardness or embarrassment about how the first date ended.

Assuming that this isn’t a guy who was just looking to get into your pants, it is not so much that he lost interest because you both didn’t kiss, it is more so that he did such a bad job of reading your romantic cues, he worries about facing you again on a second date and having that hanging over him.

On top of that, if he were to misread your romantic cues again on a second date, he would be even more embarrassed.

He distances himself from you to make believe that his misguided attempts to kiss you on the first date never happened.

That’s how he reconciles the embarrassment or sense of awkwardness in misreading your romantic cues so badly on the first date.