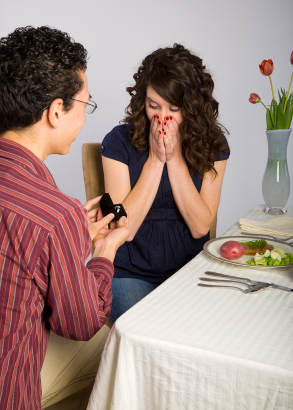 A woman who they feel that they can trust.

He wants to know that he can trust her with his life, his dignity and with the relationship.

A guy would typically look at a woman for a long-term relationship when he knows that he can completely open himself up to her and not have to worry that she will betray his trust.

He may divulge information to her that he wouldn’t with most other people.

He does this because he wants to know if he can truly trust her to keep this between them.

Also, if the woman was to tell him something and back it up with action, he would believe that she is someone that he can trust.

A guy who is looking for a woman for a long-term relationship would also want the kind of woman who is invested in his dreams.

He wants her to be on the same page that he is as far as his ambitions.

He would much rather be with a woman that he knows he can talk to about his goals and she will be supportive of him.

Since his goals are long-term, he would be looking at this woman as someone who would be there all along the way and by his side.

She is the one that he will bounce ideas off of.

She is the one that he will complain to when things don’t go as planned.

She is the one that he will try to get encouragement from.

She is the one that he will use as a test to see if she approves of his progress.

In essence, she is his critic and cheerleader all at the same time.

This is the kind of support that he feels he would need to get what he wants out of life.

If she is willing to be right there with him, he would look at her as a long-term prospect in a big way.

A guy would also prefer a woman who was able to respect him.

He would want to know that she does value him as a person and what he has to say.

She would be the kind of person that showed him that he mattered and his opinion would always be taken into consideration.

She would be the kind of person that treated him as part of the team as opposed to someone who had to take orders.

This kind of respect makes him feel good about himself and about what he has to offer the relationship.

He feels that he is an equal partner in it.

The woman would also be the kind that would make him feel appreciated.

He never wants to be taken for granted.

He never wants to feel as though everything he does is what he is supposed to do and thereby he never deserves any acknowledgment for his efforts.

When he knows that the woman is the kind that will appreciate and acknowledge his efforts, he is a lot more willing to look at her as a long-term prospect.