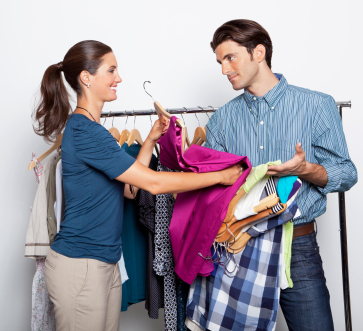 Calling you her friend doesn’t mean that she doesn’t like you romantically or isn’t capable of doing so.

At this stage in your relationship with her, you are her friend.

How else is she going to define you?

What else is she supposed to call you?

You aren’t currently her boyfriend.

You aren’t a family member.

You aren’t her teacher.

You are someone she knows and interacts with.

She would deem it normal to call you her friend.

Listen, where you actually get into trouble is when you allow yourself to keep from telling her how you feel about her or asking her out.

She can keep calling you friend from now until the end of time but it doesn’t mean that she is going to do anything to change that status if you don’t make that first move.

Girls are passive by nature when it comes to the beginning stages of love, romance and relationships.

This often means that the guy has to be the aggressor.

She may be perfectly open to dating you but she is not going to necessarily do anything about it.

She truly may value you as a friend and hence is willing to keep it that way if you aren’t willing to make the move on her.

You shouldn’t let her get too comfortable with calling you friend.

This is the mistake that so many guys make when they like a girl.

They wait for too long.

By the time they come around to letting the girl know how they feel about her or asking her out, she has gotten so used to them being a friend that she may be unwilling to jeopardize that relationship or incapable of allowing herself to see the guy as anything other than a friend.

Do not wait too long.

You should make your move soon.

The longer you cower from asking her out or telling her how you feel about her, the harder it will be for her to look at you as anything but a friend as time passes.

Many girls will often call a guy a friend because they are comfortable with him and even trust him.

This typically means that you have already achieved a level of success in breaking through her initial wall.

Your next move would be to make the most of that trust.

A girl would be a lot more willing to play along with a guy friend when she trusts him.

So, you already have an upper hand that most guys who are strangers to her don’t.

This is why you should take advantage of this position without delay.

Be unpredictable in what you say.

Don’t always tell her what you think she would want to hear.

Give her your own brash opinions about things.

Take her out all of a sudden and do something with her that she has never done before.

When you are fun, flirty and unpredictable, you will give her a level of excitement that makes her start looking at you as a lot more than just a friend.