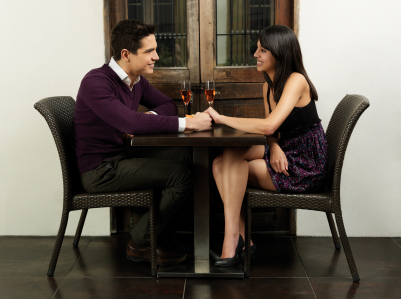 The girl may have simply told you that you should check out the restaurant because she really liked the experience she had when she was there last.

It is unlikely that there is a hidden meaning behind it.

I know that you like this girl and that you are hoping that what she meant signified that she was dropping hints that she likes you.

However, in this scenario, it is highly unlikely.

Think about it for a moment.

If she were trying to drop the hint that you should take her to this restaurant, she wouldn’t have told you to check it out and left it at that.

Telling you to check it out would indicate that she was thinking about you going to said restaurant with someone else or perhaps even by yourself.

If she actually wanted to be the one to go with you, she would have at least said something like, “We should check it out sometime,” or “We should go there for lunch sometime and check it out.”

She would include the both of you in what she says. She wouldn’t just have you be the only one to check it out.

Perhaps you like this girl and feel like she has been showing you some signs of interest recently.

I understand why you would look to anything she says as a sign that she may be interested in you.

However, this is not one of those signs.

When she told you that you should check out a restaurant, she said it with a lack of definition or commitment.

She didn’t actually tell you when you should check it out. She just made a general statement.

Making a general statement with no real commitment that sets a time or period by which to do the activity is incredibly vague.

Vague statements are not typically indicative of true interest.

They are said in passing.

A less vague statement would have boded better.

If she had said something like, “Next Friday, we should check out that restaurant I told you about.”

A statement like this is actually creating a strong definition.

Not only has she included the “we” but she has also given you a date.

That date is next Friday.

This is a definitive statement.

There is no hidden meaning here. It is clear and direct.

Even if she were to try for a hidden meaning, she would have said something different other than simply telling you to check out the restaurant.

She may have said something like, “You should check out (enter restaurant name), they have the best steaks. We both love steak.”

Here, she has told you that you should check out the restaurant but she has also drawn a commonality with you.

She has related to your love of steak.

In a scenario like this she may be leaving the door open for you to invite her to a steak dinner at this particular restaurant as she did tell you about her common love for steak.

In the end, it is unlikely there was hidden meaning in her original statement.

She would have given you a lot more than what she did in that statement if she was truly interested in you.