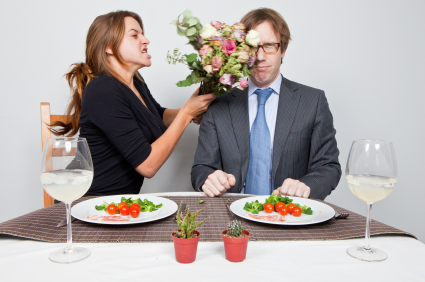 Many people break up with their significant others during a fight and ultimately regret it.

When two people are in a fight, there are a lot of emotions on display.

It can be hard to think rationally when one is so emotional.

As a result, one or both, tell each other that it is over and break up.

At that moment, they may truly believe that.

They may truly believe that this relationship is done.

They refuse to allow themselves to understand any different because they are so entangled emotionally in how their significant other did them wrong.

This happens quite often in relationships.

This especially happens in relationships that are relatively new.

Relationships that are relatively new, perhaps a few months old, are still in the infancy stages.

There hasn’t been enough time for both parties to learn about each other’s weaknesses and what helps the relationship work.

This is when a relationship is most ripe for a break up during a fight.

It has happened because the honeymoon phase is over and there is now some real relationship living to do.

You are now perhaps meeting members of the significant other’s family that you don’t quite like.

You are now hearing your significant other complain about something that bothers them that you tend to do.

You are now seeing your significant other show a little less enthusiasm when you are around.

They don’t seem as excited as they were when you first got into the relationship.

They seem like they are beginning to go through the motions and are getting used to you.

Perhaps the dates are less.

Perhaps the compliments that you had gotten so used to hearing are less as well.

All of these factors are affecting you daily.

You may not be acknowledging the kind of impact they are having on you but the impact is real.

Bit by bit, each day becomes that more difficult.

Your significant other forgot to tell you that they loved you that day, here is a problem.

Your significant other couldn’t come see you that evening because they had to stay at work and get caught up on a project, here is yet another problem.

Over time, all of this starts to add up.

It just doesn’t feel quite the same as it was when you first started dating.

Now, you have your first big fight and you are both telling each other it is over.

You have allowed not just the emotions of the moment but also the emotions that have built up until this point to get the better of you.

You break up after the fight believing that you have done the right thing.

A few days later, you begin to miss your significant other and regret.

You regret it and may then start making yourself believe that you were at fault for the fight and should try to make amends to your significant other in some way.