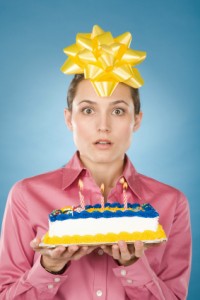 Most guys would like it if their girlfriend wrote them a love letter for their birthday.

This shows the guy just how much his girlfriend loves him.

It would work to your advantage to keep the love letter relatively short though. Trying to get to the heart or the point of the message as soon as possible will make it much easier for the guy to consume.

Most guys are not that interested in reading pages and pages of writing.

So it would be best to keep the love letter short and to the point.

You can give him this love letter as a sign of your love for him but he should also not have to feel like he has to read it right there and then in your presence.

In other words, it is best to give him the love letter and tell him to read it later when he is on his own.

This allows him the opportunity to actually read it when you are not around.

If you were to be around, he may feel the pressure to react in a certain way because he knows that you would be anticipating some kind of reaction from him.

You shouldn’t put him in this kind of position.

Your goal should be to let him read the love letter at his own time, when he is in his own space.

This is the time that the love letter can have the most poignant impact on him.

He would be actually reading it in his own free time by his own volition.

I know it can be tempting to want to see how he reacts to your love letter while you are face to face but try to avoid this temptation.

Do be cognizant of this.

The true test of how appreciative he is for your love letter is in how he reacts to you after having read it on his own.

He would be showing that he willingly read the love letter on his own time without you prodding him to do so in front of you.

This is the most effective way to do this.

Let him read it when he is on his own without you around.

Give him the opportunity to come back to you at a later time and tell you just how that love letter made him feel.

Try not to bring up the topic at a later date either.

In other words, avoid asking him if he read the love letter.

Again, you would only be putting undue pressure on him and as a result you would be belying the whole purpose of the love letter to begin with.

The purpose is to have him voluntarily tell you about the effect that the love letter had on him.

He should be the one who comes up with the topic as a point of discussion.

This allows you to know that he truly read it and it affected him so profoundly that he felt the need to bring it up.

This is your best approach.

This is the most effective way to have a positive impact with this love letter.

This way, you can proceed to building more and more of a bond with your boyfriend and consequently strengthen your relationship as a result.