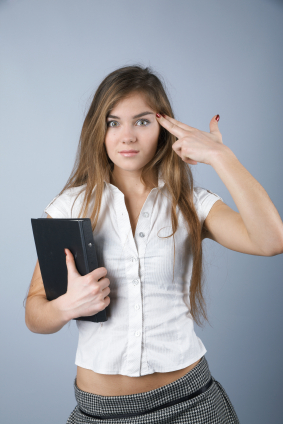 Why would you believe that men hate you?

Perhaps you have had some negative experiences with men that has led to this belief. Perhaps you have been on the receiving end of the same kind of treatment over and over.

Sometimes it can be hard to take a good hard look at yourself and make a critical assessment.

The truth is, if you notice that you keep hearing the same complaint about you from several different men that don’t even know each other, there is a good chance that those complaints may have merit.

If you notice that men tend to act the same way around you and you find it to be negative, it may have something to do with you.

These men don’t know each other.

If they keep reacting in the same negative way around you, you may want to consider what they are telling you.

Now, this doesn’t mean that you are a bad person who isn’t capable of finding a boyfriend.

It may simply mean that you should work on a few elements of your personality that may rub men the wrong way.

Talk to your friends and family and ask them about their honest opinion about you and your character.

These are the people who care about you and would be most likely to give you their honest opinion.

If you hear something from them that relates to what men tell you, you have located the problem.

All you would have to do at this point is work on making it better.

If you tend to be rude, conceited or abrasive with men, you would have to tamper that down or get rid of it entirely.

You may have had a past relationship or experience that made you this way and you didn’t even know it.

Oftentimes as human beings, we tend to react to the environment that we are in.

We begin to mimic that environment and essentially become it.

If you have had some bad experiences with men, you may have taken that to heart and become even more of what they have treated you like or called you in the past.

Hence, if you have experienced men calling you particularly negative words, you may start acting like that person just so that you retaliate.

We essentially become what we are being called even though we were never that to begin with.

We just become it because we are upset at how we are being treated and we want to get back at these men.

You have to watch out for this and ensure that you don’t become that person.

This is especially true when you know that this isn’t who you are at all.

To get a boyfriend, you have to be true to yourself.

You have to understand what makes you someone that would be worth getting to know.

You also have to be honest about the fact that you aren’t perfect.

You should convey the impression that you do love yourself but you are also not so conceited that you don’t realize that you can be better.

Men like it when they can sense a woman who is indeed confident but who also has a slight touch of vulnerability.

This is vulnerability in the good sense.

The kind of vulnerability that let’s them know that she doesn’t act like she has all the answers.

In a lot of ways, she is learning as she goes along.

This is very endearing because it is something that a lot of guys can relate to.