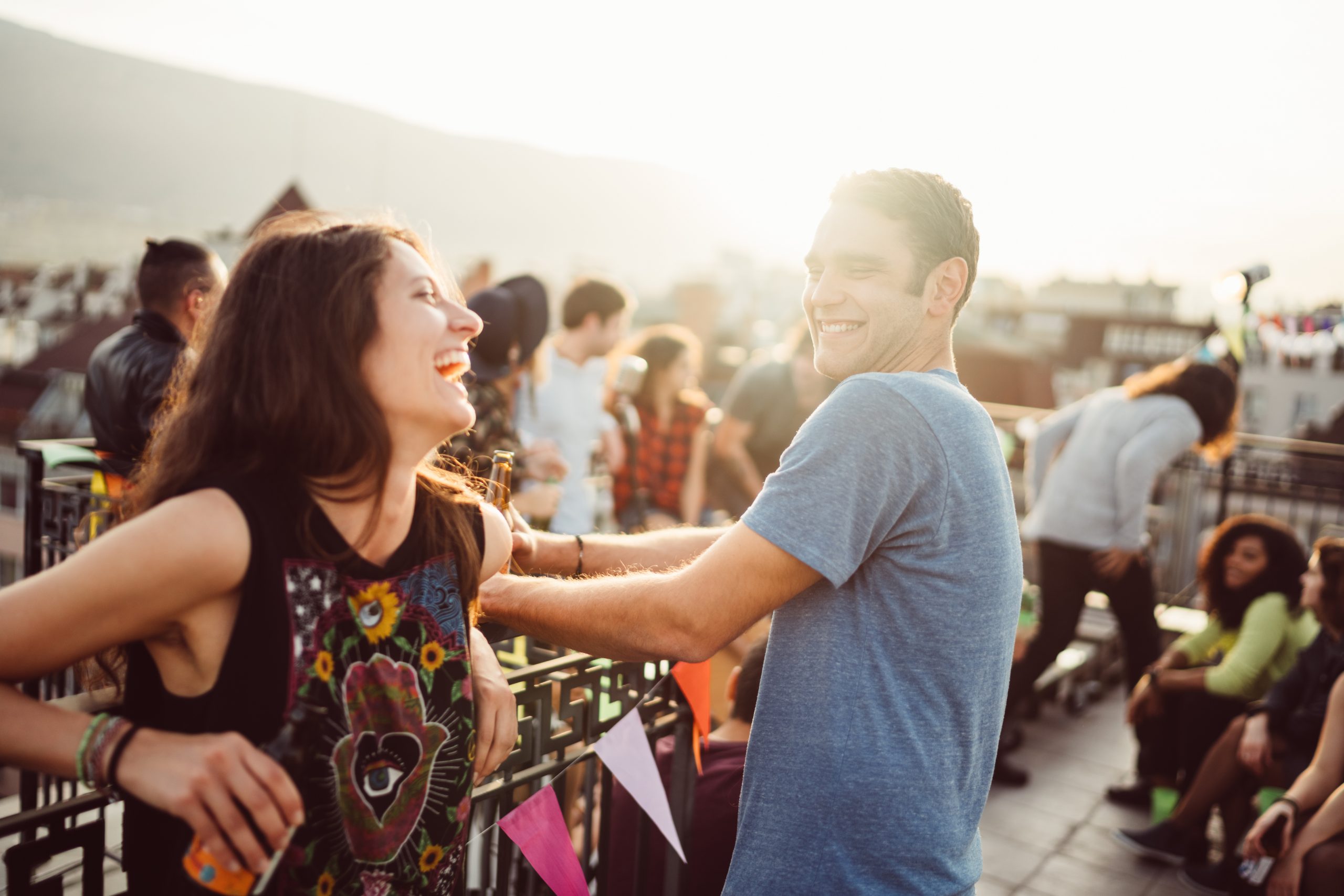 A boy who likes a girl works hard to get her attention.

He speaks louder when she is around or he is increasingly animated.

Now, this isn’t always the case.

A shy guy is increasingly quiet when the girl that he likes is around.

We are going to have to tackle this question from two different angles.

That of the extroverted guy and that of the shy guy.

How does an extroverted guy show he likes you?

He is louder and slightly obnoxious whenever you are around.

He is increasingly animated in his physical gestures.

When I say animated, I mean that his body moves around excitedly.

His hands flail a lot or his head moves around rapidly.

His verbal and physical language is how he shows his excitement about you being around.

An extroverted guy who likes you flirts with you.

How do guys flirt?

He gives you several compliments on your physicality and quickly looks you up and down while looking at you or chatting with you.

He touches your hand, thigh or waist from time to time as he talks to you.

An extroverted guy who likes you shows off.

For example, he is suddenly talking about his accomplishments when you are around, whether it be his amazing job, expensive condo or sports car.

To show off his strength and aggression, he lifts something heavy, is physically aggressive with another guy or plays a sport intensely.

This is how he demonstrates his masculine energy, in the hopes of impressing you and looking good in your eyes.

A shy guy is prone to be less obvious in what he does when he likes a girl, such as looking at you and looking away the moment you make eye contact with him.

He is too shy to establish and maintain eye contact, fearing you realize that he likes you.

A shy guy gets quiet when you are around.

As he is talking to his friends he is talkative, but the moment you show up in the vicinity, he gets quiet.

The sudden silence is based on the fear he says something that turns you off or makes him look bad.

Safer to get quiet and observe you with the corner of his eye.

He is a voyeur, preferring to observe what you are doing on social media than like a picture, comment or send you a DM.

Some of his friends know he likes you and they are his foot soldiers.

They watch you to see whether you give off any signs that you like him, then they go back to him to report.

A shy guy who likes a girl is surreptitious in how he shows her he likes her.

He gathers as much information as possible in the hopes that he deduces whether you like him.

The problem is, it’s information overload which leads to paralysis.

He becomes so obsessed with gathering information, he becomes addicted to doing it and rarely makes a move on the girl.