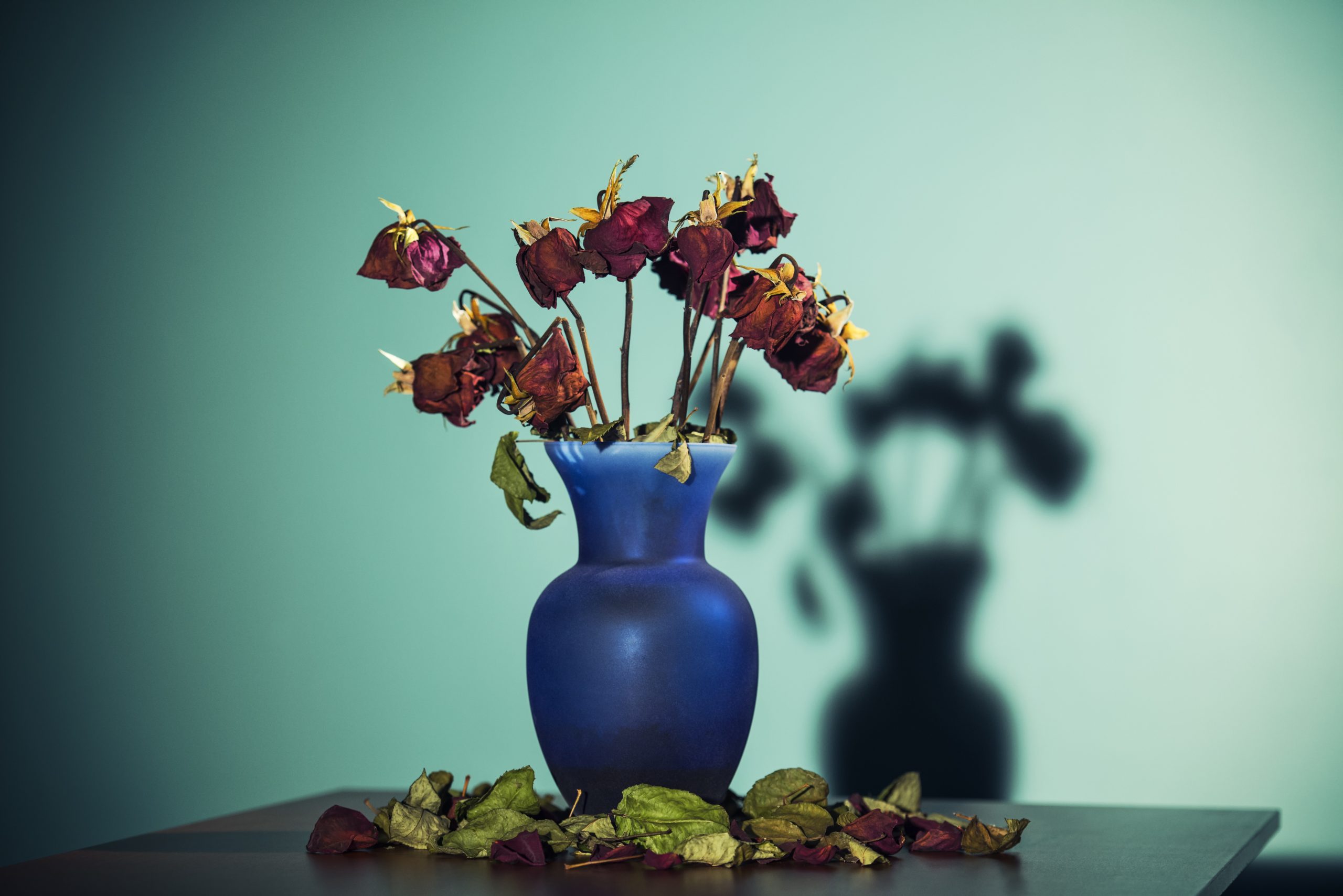 A boyfriend who gives you dead roses is him nonverbally telling you that he is unhappy with the relationship.

He is letting you know that his heart is breaking.

To him, the romance is close to dead.

He is sending a message about how he feels.

This isn’t hopeless, as it is his cry for a resolution.

Looking back on your relationship, seeing how things went wrong isn’t that hard.

Being on opposite sides of an issue and constantly fighting is normally how this percolates.

On the other hand, when there have been no fights or arguments and yet he still gave you dead roses, something else is going on.

This is where the life or spark of a relationship comes into question.

Some couples get into a relationship and an exercise in the mundane happens.

This gets boring relatively fast.

They begin to take their partner for granted and fall into a routine.

This is a curse to a relationship and has to be avoided for the sake of the health and viability of your relationship.

As mentioned earlier, his sending you dead roses indicates that he is unhappy with the relationship but he hasn’t given up entirely.

Your task is to initiate a conversation with him and learn where his unhappiness is coming from.

It has to be a bona fide conversation, with you refraining from casting judgment or becoming defensive.

Remember, this is about fixing this problem so that your boyfriend feels better about the relationship.

As of now, you don’t know where the issue is coming from.

Something upsetting you are doing, but ignorant about isn’t out of the question.

You don’t realize that you cause him heartache when you say certain phrases, or that you make him feel inappropriate whenever he is around you and your family members.

Is this where the trouble lies?

Whatever it is, until he voices his opinion about his feelings, you don’t know.

This talk is his time to do so and you have to listen.

Resist cutting him off while he talks.

Paying attention to what he has to say gives you a fresh perspective on what he likes and doesn’t like about the relationship.

This is a time to take account of what he is saying and where warranted, make the necessary changes in your behavior.