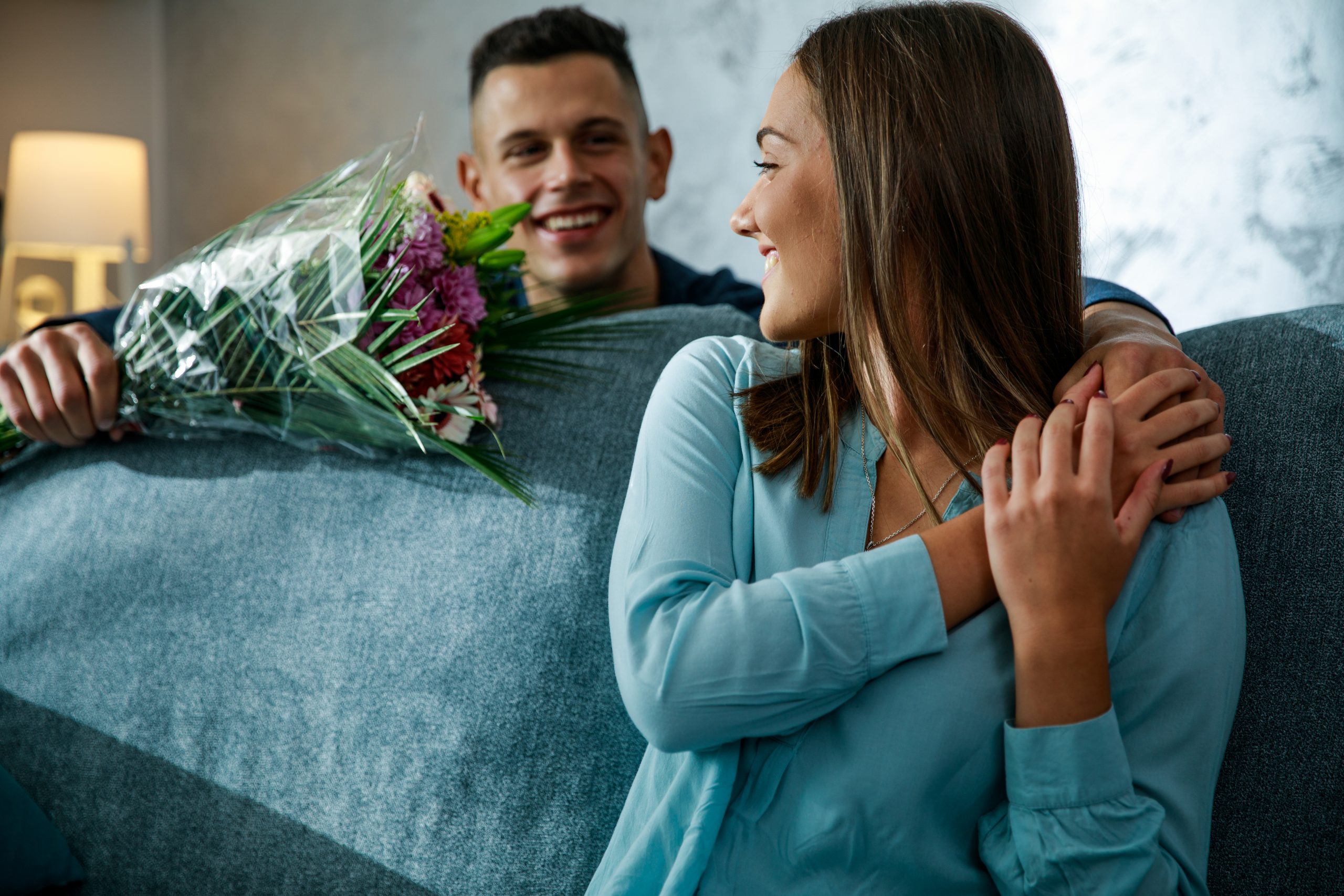 A guy who expends this much effort in giving you flowers, messaging you good morning and planning dates in advance is generally a guy who really likes you, but not every guy has the right intentions.

This is where you run the risk of getting too far ahead with your emotions for this guy.

There is such a thing as “love bombing,” where a guy inundates you with too much affection too soon.

At first, it feels great but his motives aren’t always sincere.

Some guys love bomb to get a girl so hooked on them emotionally early on, that they have their way with her in short order.

They get to establish control over her emotions early and wield it to their advantage.

This is why you must practice patience and caution.

Don’t get too caught up in what he is doing right now.

This is how some men with bad intentions get you absolutely hooked on their routine.

You are so used to getting the flowers, good morning messages and dates planned in advance, you lull yourself into a false sense of security.

Deeper feelings set in soon after, way too soon.

Once he decides to take one of these elements away, you mentally question why.

For some reason, he didn’t send you a good morning on one occasion this week and you question why.

The next week, he misses out on sending you a good morning message twice.

Now, there is doubt.

What is going on?

The anxiety gets worse when he misses out on arranging a date in advance once, then twice.

Your mind is a riot of thoughts and emotions.

The stronger your thoughts, the more emotionally invested you get.

Before you know it, you are craving the attention he once gave you and fishing for reassurance that nothing has changed in how he feels about you.

You are now his emotional toy and he messes with your emotions at his whim.

You never want to be here with a guy.

This is why you must practice discipline.

Don’t come to expect the flowers, good morning messages and dates that are planned in advance.

Keep your emotions in check and move at a cautionary pace.

It’s not to say that this guy is intentionally love bombing you with nefarious intentions.

There are good odds that he is genuine in his excitement and affection for you.

Who knows what he has been through so far in the world of dating.

He has finally met someone he is excited about and feels compelled to show it through these actions.

Right now, we don’t know for sure.

Usually, most guys who love bomb intentionally, with the goal of emotionally manipulating the girl, show their hand fairly early.

You just need to watch for the signs.

That second or third message before you have had a chance to respond to the first message is your first cue that something is amiss.

Sometimes, that is indication he is about the control and manipulation.

He wants you to respond to his message in a timely fashion or he is compelled to send multiple messages until you do.

He isn’t giving you the time and space to respond at your convenience, which points to disrespect.

Otherwise, keep having fun and let this courtship unfold naturally.

Hopefully, your guy has the right intentions.