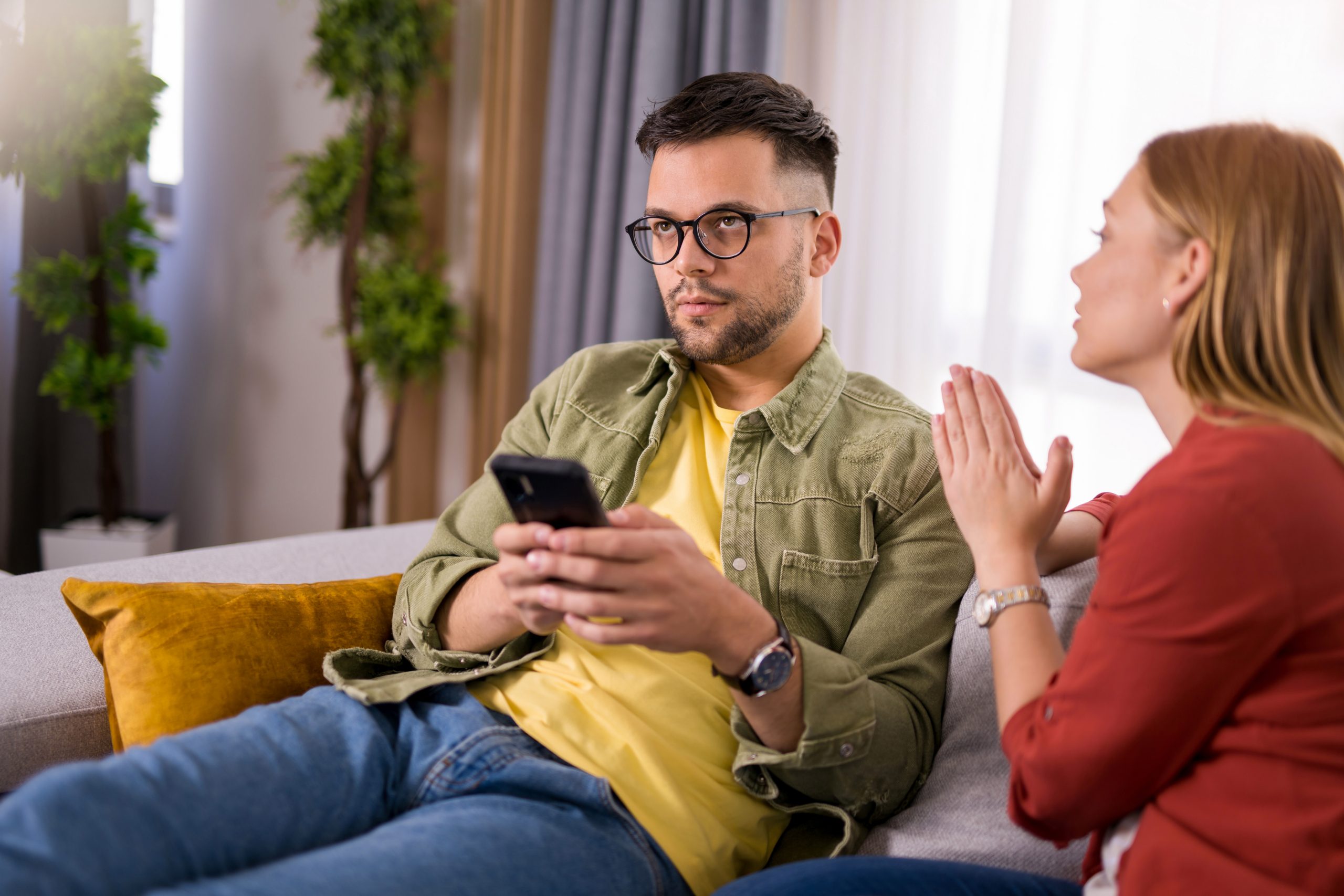 That cavalcade of compliments that you got so used to receiving in the first year or so of your relationship has come to a sudden and abrupt end.

It didn’t even taper off with time.

Now, you are finding yourself having to practically beg your boyfriend for a compliment, something you never had to do in the past.

This has you fretting and distressed.

You have even had sleepless nights thinking about it.

Tossing and turning on your bed you struggle to recall the last time your boyfriend called you pretty or beautiful.

The situation is exacerbated when you notice him looking at other attractive women in public or getting a bit too caught up in the life of an attractive female celebrity online.

Nothing causes you more insecurity than observing a boyfriend who seems to be more taken with other women than with you.

Not that he says all that much about it, but you sense it.

Something in him has changed.

Day to day conversations and activities together feel more like a hindrance than a privilege.

All this restlessness only leads to one eventual thought, the fear that he cheats on you or leaves you unexpectedly for some other girl.

You don’t want to have to beg him for a compliment.

Constantly fishing for a compliment leaves you feeling like the girlfriend you never wanted to be.

The needy girlfriend who is so insecure she needs to hear her boyfriend constantly reassure her of his love by giving her a compliment.

You never wanted to be that girl.

Feeling distress over this is not unusual.

As human beings, it is natural to want reassurance that a partner loves and admires us.

Some people erroneously think that this desire should no longer be present when two people have been together for some time.

An assumption is made that by this point, neither partner should feel the need to reassure the other with a compliment.

As they are both already in a relationship that has now endured, that alone should be enough.

This is an erroneous assumption that many adhere to, leaving them flummoxed when their relationship falls apart some time later.

Such is our nature.

You shouldn’t have to beg your boyfriend for a compliment.

Sometimes, a relationship becomes so monotonous, both partners become complacent.

Normally, this also bleeds into what they say to each other.

Time to rock the boat.

Get out of the monotony.

Start participating in new activities with each other.

Expand your social circle and make friends with new groups of people.

Spice up your sex life by introducing something new.

By injecting fresh energy into a monotonous relationship, other areas of your life are rejuvenated.

The compliments suddenly return without you having to beg for them.

It’s easier for him to notice just how pretty you are when you are both enjoying a great meal at a new restaurant you have both never been to, than if you keep frequenting the same restaurant.

A change of environment reinvigorates the mind.

Instead of a partner blending into a familiar background, they stick out more.

A boyfriend who still appreciates you, but perhaps got sucked into the monotony of a relationship, responds to this sudden change in monotony by looking at you with fresh eyes, leading to more compliments.

A boyfriend who doesn’t appreciate you and is merely going through the motions until he finds someone new to replace you with, won’t respond by looking at you with fresh eyes and acting accordingly.

It’s time to find out which category your boyfriend aligns with.