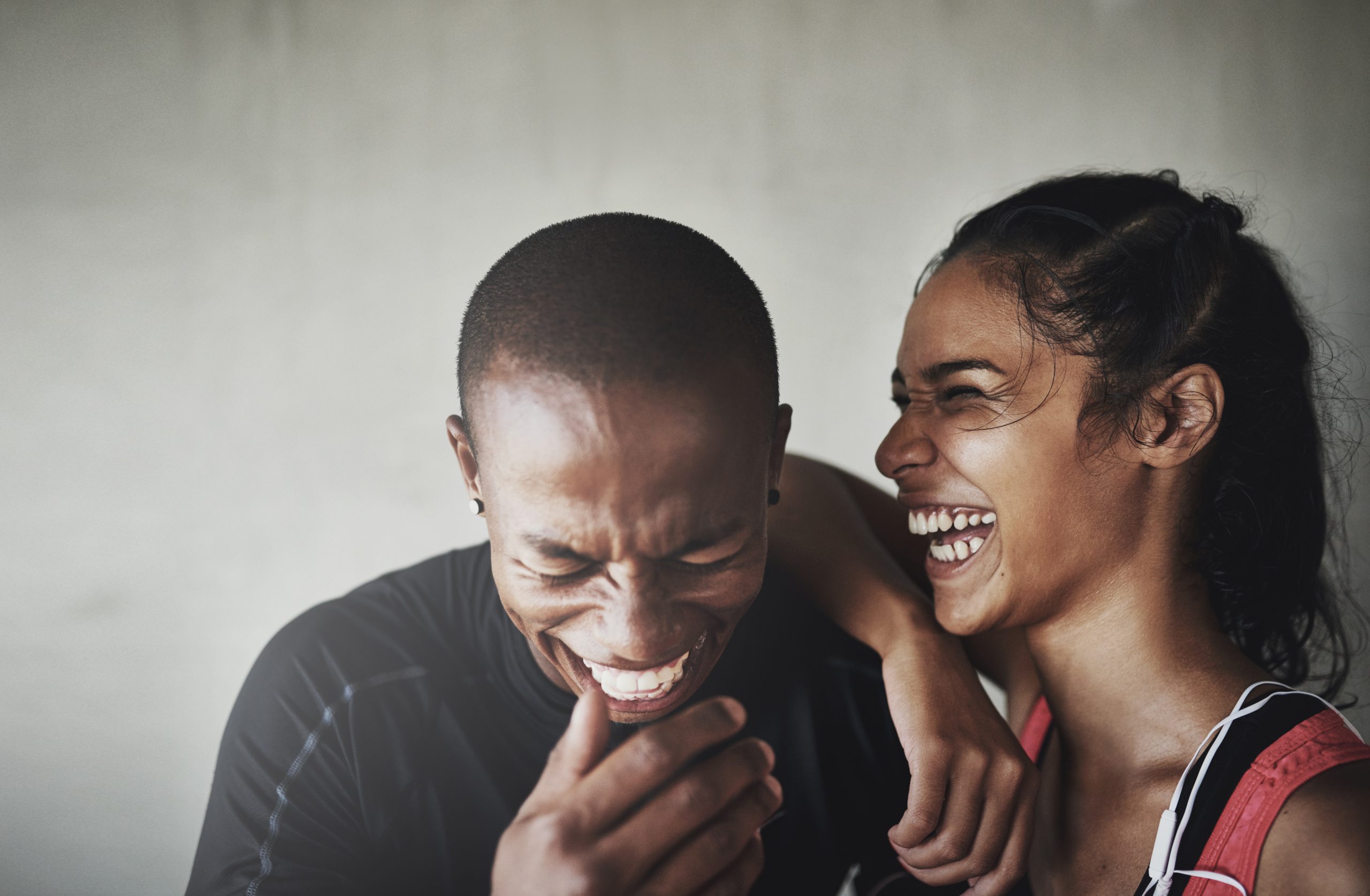 Guys are used to having to be the one who makes the woman laugh.

A woman who is funny that makes him laugh isn’t what he is expecting on a first date or early on.

Initially, he doesn’t really know how to respond to this.

His first instinct is to just ignore it and continue trying to make you laugh.

If you are a funny woman, his initial reaction to your humor isn’t always going to be what you were hoping for.

Again, guys aren’t used to a woman who is telling jokes on a first date.

Expecting to be the one to entertain the woman, he already has a litany of jokes ready to go.

If he is naturally funny, he doesn’t need all that preparation beforehand.

Either way, most men expect to be the one telling the jokes.

Mentally, they are so wired to doing this, they never really consider the possibility that their date is just as funny, if not more.

When you start telling jokes or humorous anecdotes this early, they don’t really know how to react.

This is why you shouldn’t be discouraged if your first few jokes don’t land.

Sometimes, you elicit a slight chuckle, other times, the guy is oblivious.

Don’t be discouraged by this.

He isn’t used to this.

These early dates call for him to woo you and that requires that he keeps you laughing and having a good time.

This is what he knows.

Just about every date from his past has followed this formula.

Unless he already knew you well as a person beforehand, he doesn’t know that you enjoy making people laugh.

He doesn’t know that you are naturally funny and get a kick out of making people snort with laughter.

All he knows is his history.

He is the entertainer.

The one who woos the girl and leaves her in joyful tears as she laughs at his jokes.

When a guy ignores or barely responds to something you said or did that was funny on your date, he isn’t always showing that he lacks an appreciation or understanding of humor.

He doesn’t know you as a person all that well, if at all, this early on.

He doesn’t know you are funny.

Stuck in a traditional mindset, he has put the onus on him to make you laugh, instead of the other way around.

Go easy with the humor in the beginning.

Don’t be discouraged with his lack of response to it.

Avoid the mistake of deluging him with a plethora of jokes in the hopes that some land when he doesn’t respond to your initial jokes in the manner you are accustomed to.

Drop a few here and there over the course of your early dates.

The more a guy goes out with a girl, the more comfortable he becomes.

The pressure to constantly make you laugh or to entertain you isn’t as dominant.

This is when he starts noticing just how funny you are.

He even starts commenting on it.

Now you know that you have the go-ahead to show him even more of your humor.

Just as laughing releases endorphins into a woman’s body, which are feel good hormones, the same occurs in men.

Making a man feel good bolsters his attraction to you in spades.

Given a choice between two women of equal beauty, the woman who makes a man laugh wins out over the woman who merely sits around looking pretty and waiting to be entertained.