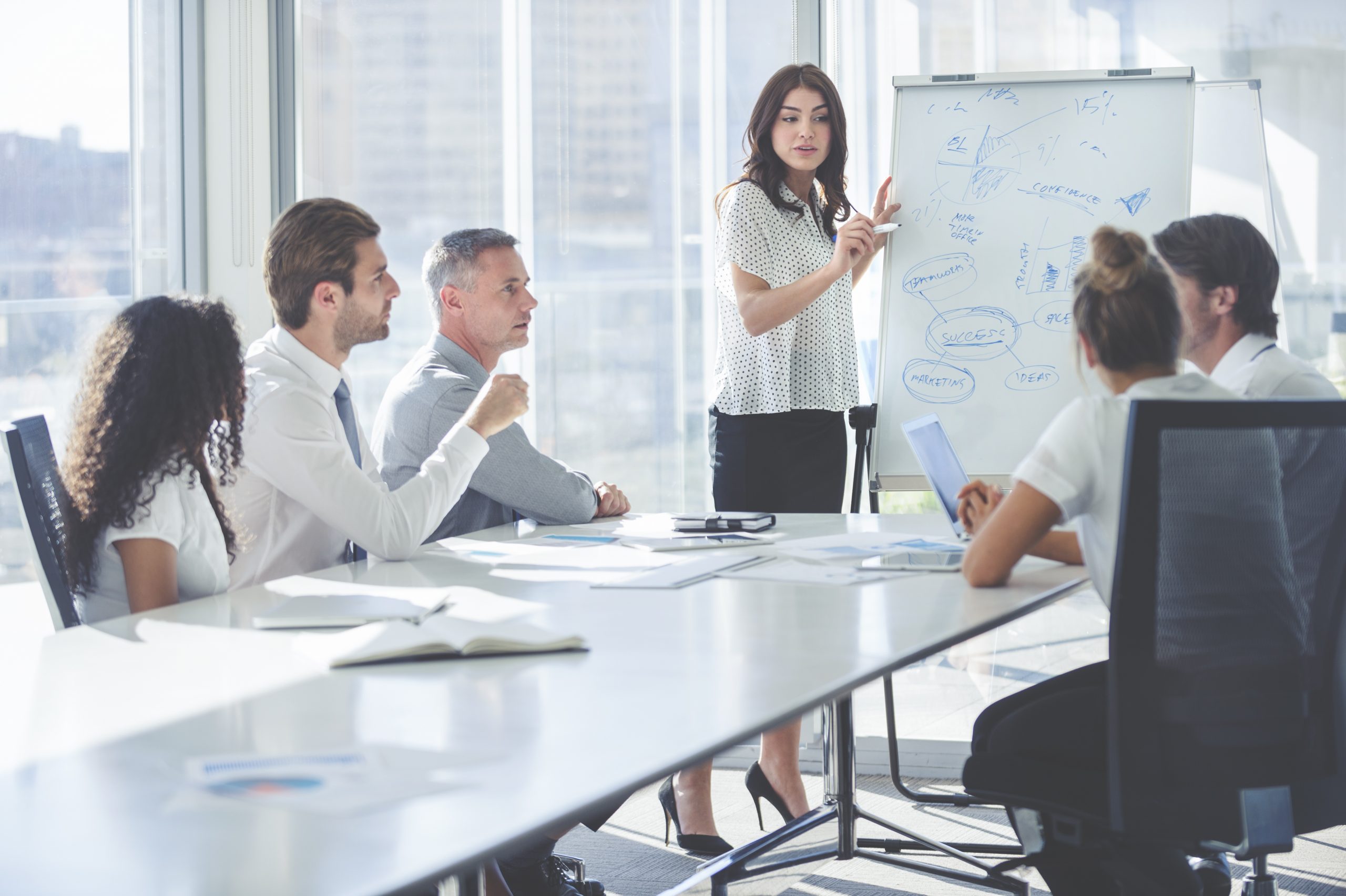 The nature of the woman boss is what really determines whether the man becomes turned off by her or not.

Women bosses who display more aggressive masculine traits is a turn off to most men looking for romance.

There are all varieties of women bosses.

Men repeatedly show a propensity to be drawn to women bosses who have more of a feminine disposition in how she conducts her business.

With men, they are analyzing what that female boss would be like as a romantic partner.

Noticing a lot of aggressive tactics or behavior in how she handles her subordinates forces them to make other conclusions about how she would be as a dating or relationship prospect.

A conclusion is made that she would display the same mannerisms on a date and that is a turn off.

No doubt, many men are attracted to confident women.

Women who have risen to the heights of becoming a boss often have significant confidence.

This, in and of itself, actually attracts men.

Her confidence is an early sign that she isn’t the clingy or needy type. This is good.

For him to be more encouraged to make a romantic move on her, he needs more.

Watching her disposition around her subordinates, how she handles pressure and her general personality becomes his next task.

Is she always about business or is she capable of letting loose and having a good time?

Remember, all he has to work with is the behavior she is exhibiting at work.

This is what he uses to determine what she would be like on a date or as a relationship partner.

Taking time out to joke around with subordinates and not always be about business, lets him know she is capable of switching off the boss persona and just be fun to be around.

Does she make eye contact with subordinates followed by a warm smile or is she always barreling through the hallways going from meeting to meeting?

Making eye contact with a warm smile lets him know she isn’t arrogant.

She is aware of those around her who are subordinates and doesn’t feel the need to constantly show off her authority or power.

In a romantic sense, he deems that she won’t be about dominating conversations and constantly trying to show her superiority to him.

She would give him her undivided attention and treat him with respect.

At office meetings, does she welcome new ideas and suggestions from subordinates or is she rigid in having things done her way?

A woman boss who is welcoming of new ideas or suggestions from subordinates makes him think she would be a good listener on a date and wouldn’t constantly hold his remarks against an internal judgmental filter.

He doesn’t have to worry about her judging him when he tells her a story about something embarrassing, like when he missed his flight one time as a result of taking a rideshare to a train station instead of an airport.

She lets him speak his mind and be silly without him feeling like he is on a witness stand about to be judged.

For the majority of men with a healthy disposition when it comes to dating and relationships, the prospect of going out with or getting into a relationship with a woman boss isn’t in and of itself a turn off.

More so, how she behaves as a boss and a person is what either turns them on or off.