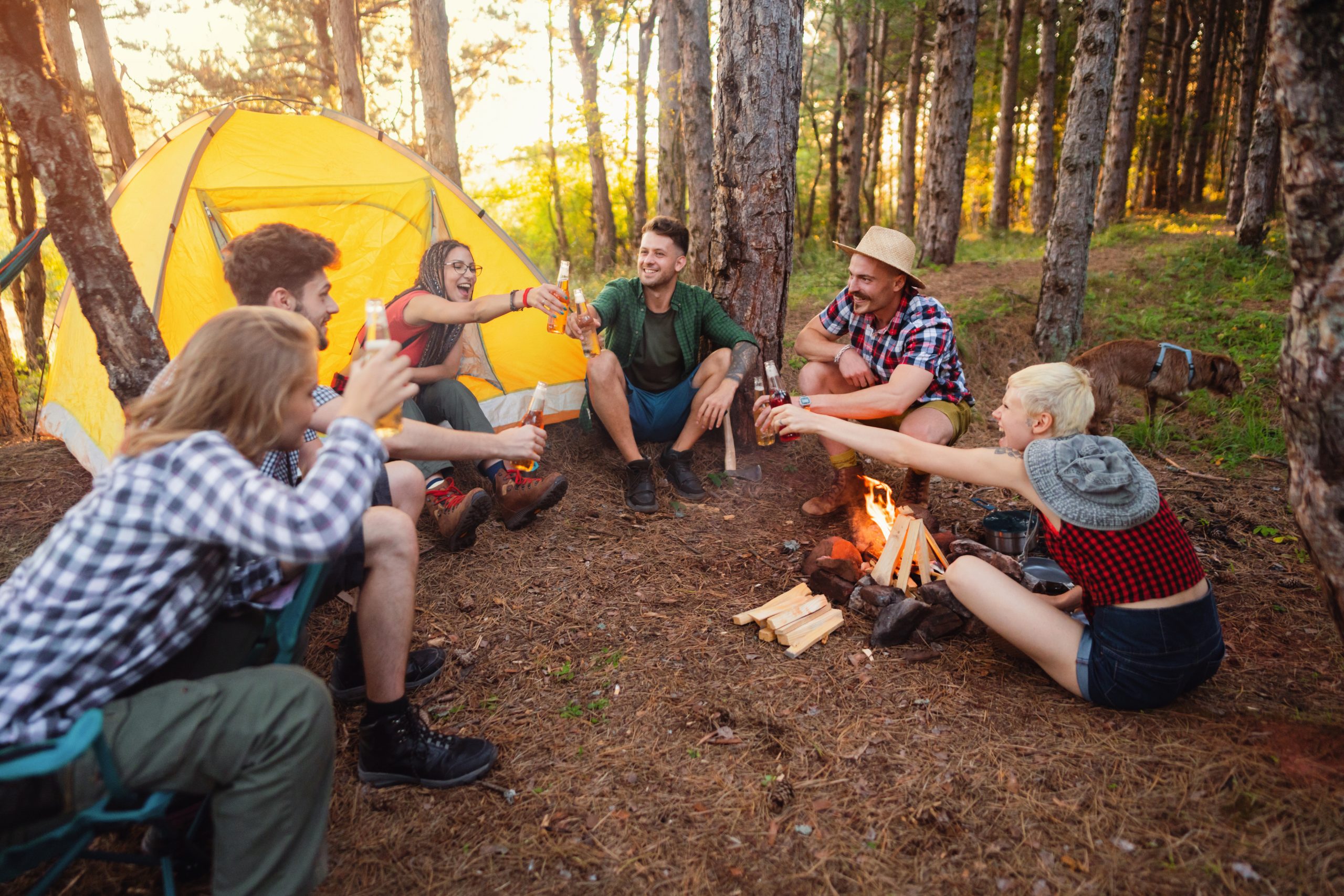 Why not go camping with him?

Camping is fun. A perfect opportunity to establish an even better bond with your boyfriend.

Sharing and experiencing activities together builds a stronger bond in relationships.

You don’t even have to make the tent, the guys do that.

It’s an opportunity to meet up with some of his friends that you are yet to meet and just have a great time.

Clearly, if girls are invited, this isn’t just a camping trip for the boys and the boys alone.

Going with him is really the first consideration you should have.

It takes away any lingering fear or anxiety you have when it comes to other girls tagging along with the boys.

Life isn’t so straightforward when it comes to timing.

You would go if you could but something is keeping you from doing so. Perhaps it’s your day job or some prior engagement.

Your boyfriend can’t postpone this camping trip for some reason.

Should you worry about the prospect of other girls present and the possibility this leads to unfaithfulness on your boyfriend’s part?

A camping environment means isolation to an extent.

Somewhere out there in nature, away from the hustle and bustle of the city.

An isolated environment makes people believe they are away from it all and behaving badly while away isn’t such a bad thing.

Alcohol is ubiquitous in camping sites.

Gets pretty bland sitting around a campfire just telling stories without some form of alcohol present.

Alcohol is a dangerous mix when your boyfriend is away at some isolated camping site with friends and possibly a number of girls you don’t know.

Now, this in no way means it’s a given that anything unfaithful would happen with any of these girls, even if he becomes somewhat inebriated.

But it doesn’t help.

The last thing you want to be is a demanding jealous girlfriend who doesn’t trust her boyfriend to go off camping with his friends and have a good time without fearing the chances of infidelity.

That’s understandable, but you do have cause for worry.

Think back to other times your boyfriend has been around other girls while you weren’t there.

If he was, this is a good start.

The foundation of any healthy relationship must be based on trust.

By now, you have met some of the friends he is going camping with.

Are they good guys who are faithful to their girlfriends?

If they are, this should give you a little more peace of mind.

The company a guy keeps lets you know a lot about his character.

A good circle of guys who are faithful to their girlfriends let’s you know that your boyfriend would be a lot less likely to be unfaithful to you while out camping.

Now, all of this isn’t enough to put you at peace.

But the worry still persists to an extent.

After all, you aren’t going to be there physically, so there is only so much you can do.

This is where you enlist the help of one or more of his friends that you have a good relationship with.

Some of their girlfriends could be going as well.

If you are friendly with those girls, enlist their help as well.

Ask them to look out for your boyfriend to make sure he doesn’t go crazy doing something that physically hurts him out there in the wilderness.

After all, you want him to come back in one peace.

Let your boyfriend know you told them to look out for him and make sure he doesn’t go crazy as you don’t want him coming back with a broken leg.

It makes him laugh while getting the feeling that you really do care about him.

A much preferred response.

It keeps him from thinking that the only reason why you are doing this is because you are suspicious of what he could do with some girl you don’t know at the camping site.

It does do something to him subconsciously that he doesn’t even realize until he arrives at the camping site.

Knowing that some of his friends and possibly their girlfriends are looking out for him, he is less likely to get involved in activity that is dangerous, whether it be with his physical well-being or with some random girl that tagged along to the camping site.

After all, he has got a bunch of eyes on him.

Without your physical presence there, this is really the best you can do in this situation.

Rest assured that if anything unfaithful occurs, an account of it is going to ultimately find its way to you.

That’s the advantage of recruiting several people to “look out” for your boyfriend.