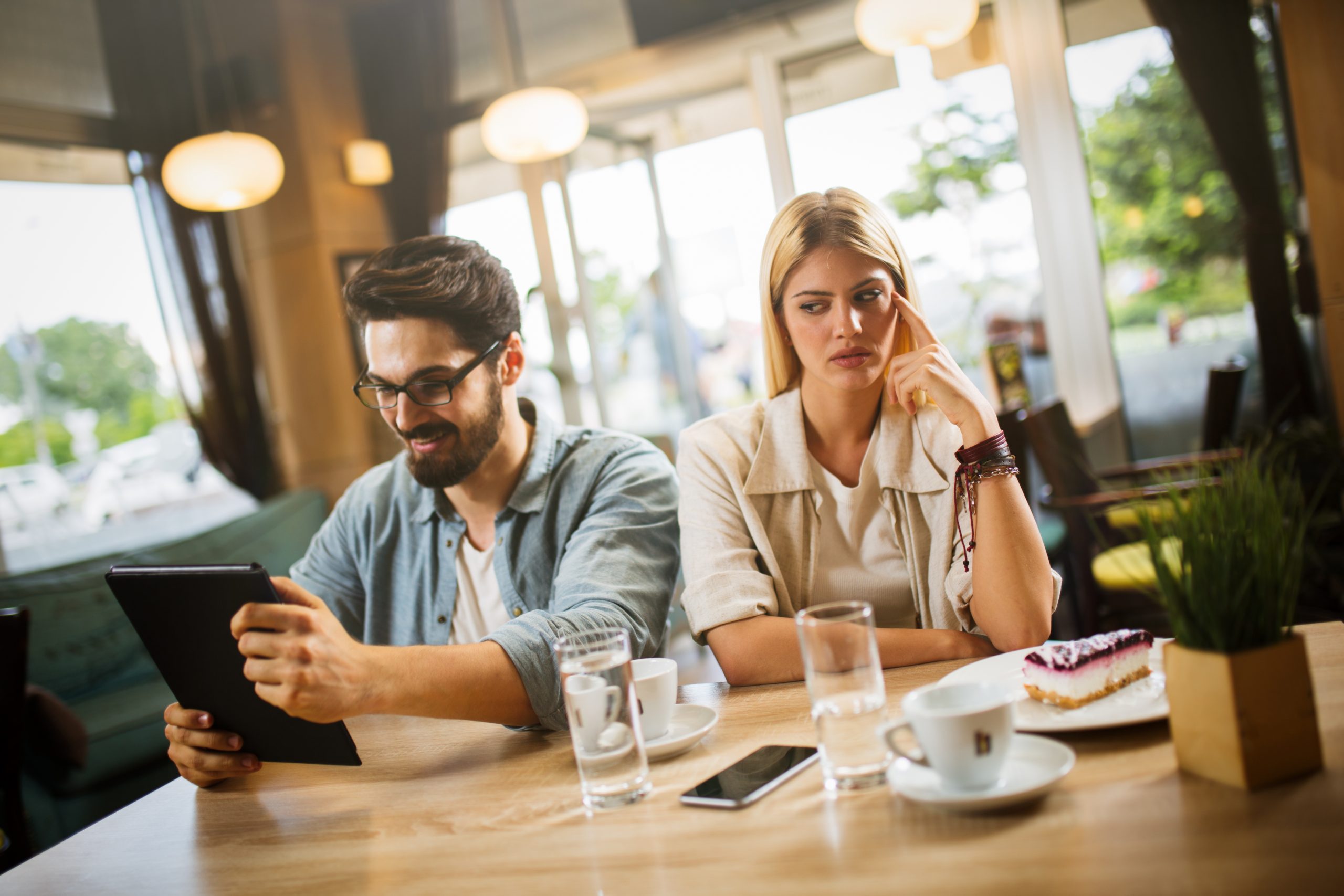 He isn’t interested when there is a sudden drop in communication.

When a guy is no longer calling or texting you as he once did, he is not interested anymore.

A shortfall of communication means that he is preoccupying his time doing other activities.

When he is preoccupying his time doing other activities, he is not thinking about you nor is he wanting to be around you.

He prefers being around other people.

This is especially true when you know that he was doing something with other people recently, but never invited you to it.

A guy who maintains an active social life but hasn’t invited you to do much with him of recent, is sending the message that he prefers doing his own thing, having fun with others.

When he prefers having fun and socializing with others over you, he is not showing a strong interest in you.

A guy who is legitimately interested in a girl, wants to be around her.

When socializing, he wants her at his side.

He wants her around and have his friends see him with her.

This is how he shows the world that you are the girl he is interested in.

A significant deficit in communication from him and availability of his time means he isn’t interested anymore.

Think about what you do when you are interested in someone.

You communicate and socialize with them regularly.

You want that person to be around you and your friends, as you want to show them off.

This is what you do and it is the same for a guy.

When this guy isn’t doing what is natural for a guy or girl to do when they are truly interested in someone, he is showing that he isn’t interested anymore.

Be observant of how he behaves.

A guy who isn’t interested anymore has much shorter conversations with you.

Whether it be in person or via the phone, conversations don’t last long.

It feels as though he is impatiently waiting for the conversation to get done so that he moves on to something else.

No matter what you suggest to do together, he isn’t excited to spend too much time with you.

There is perennially something else he needs to get done that keeps him from going out with you.

Soon, he is hurrying to get off the phone with you or leave the venue, as he has an obligation he needs to get to.

A guy who isn’t interested in you anymore is excessively obvious in showing you signs of disinterest.

Unfortunately, when you are emotionally attached to someone, it’s hard to accept the signs, as you struggle to hold on.

The sooner you accept the signs, the less you suffer.

No need holding on to someone who no longer wants to be with you.