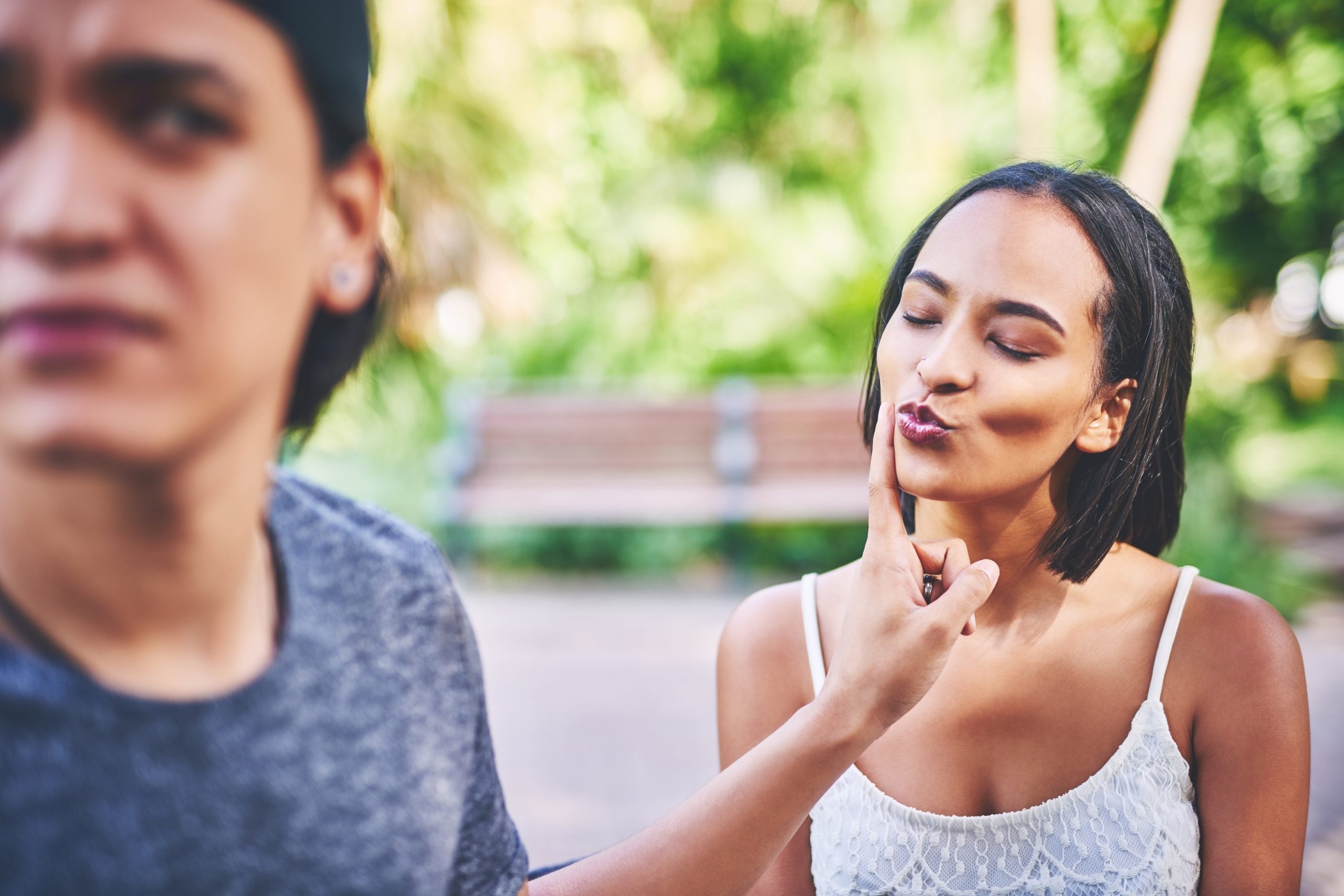 There are some guys who don’t like kissing to an extent.

The physical act itself isn’t the underlying cause for their dislike.

Rather, so much of it has to do with how comfortable they are with you emotionally and with themselves.

There are lots of guys who aren’t quite right with themselves emotionally.

Believing that society deems they have a macho persona to fit in, they adopt that persona, fearful of being judged harshly by exhibiting characteristics that are more in line with their emotions.

It’s an invisible wall he has constructed and it blocks emotion, including an eagerness to kiss.

That invisible wall is a representation of strength.

Abhorring emotion is strength, or so he has been taught.

Emotion is representative of a sensitive side he is fighting to shield himself from and hide from the world.

Since a lot of his identity is attributed to how masculine and tough he is perceived to be by society, it is that much harder for him to kiss you.

The issue here doesn’t lie with you or with kissing in general, but in what he perceives to be weak, that which threatens the masculine image.

An image he has painstakingly constructed since childhood.

Bringing him out of this long-running mindset requires he presses down on that wall, permitting emotion in.

Guide him to a place where he embraces his emotional side.

To get here with him, embark on new activities together.

Do activities with him that the both of you never do.

These activities call for a dependency on each other to make it work.

Specifically, you have to act as a team to accomplish the task.

Enter a competition that requires training together for extended periods of time such as a dance competition or marathon.

Events like this require the both of you to work as a team and rely on each other to succeed, otherwise it is impossible to complete the task.

As you train and practice together on a regular basis, these moments are where your trust for each other grows, having to rely increasingly on each other to sustain the training.

In time, he feels a stronger emotional connection with you, as a kinship develops.

As partners, you are going through the highs and lows of your training together.

This experience creates a closeness that automatically peels off emotional walls and barriers.

Unaware of it, his wall has been sliding down, as his bond to you has increased during this time.

Suddenly, he initiates a kiss, something he never does.

Don’t get too excited or carried away when he does.

Eventually, he does it again and again, and again.

Soon, the kissing is so commonplace, it’s second nature to him.