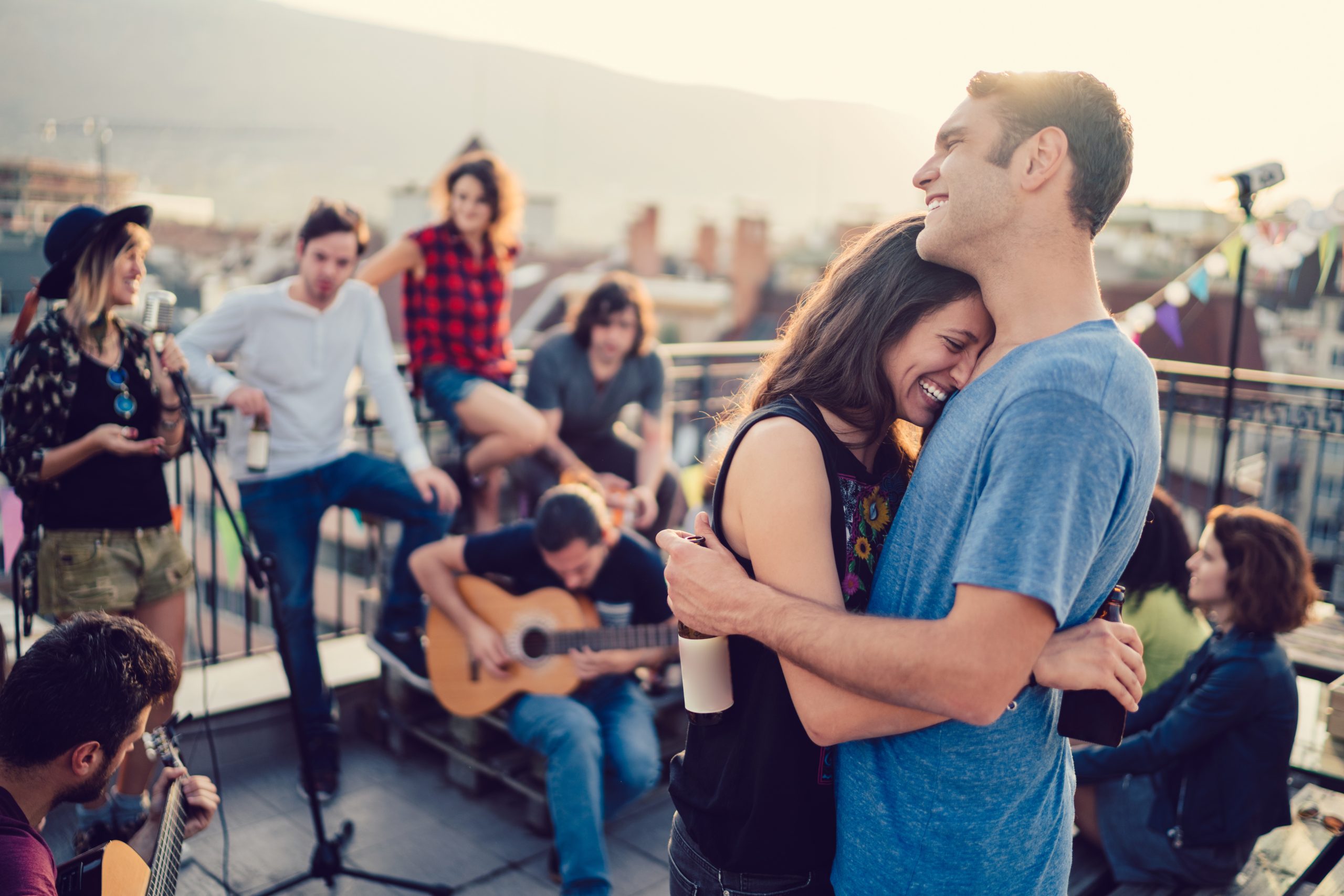 Provide a picture to him of the people that are going to be at the party and activities planned.

Although he isn’t obligated to go, applying subtlety to sell him on the fun aspects of the party is how you arouse his interest.

Do your homework first.

Be knowledgeable about the activities on hand, and those attending, including the host.

Obtain the details to a fault.

Pinpoint the activities you know your boyfriend enjoys.

What does he enjoy?

In the event, none of the activities planned are enjoyable to your boyfriend, make suggestions to the host.

Ask the host whether he or she is okay with your suggested activity and in the event he or she does, you are in.

Be knowledgeable of the food and drink to be served too.

There are foods and beverages you know your boyfriend loves.

Upon learning that these won’t be available at the party, suggest bringing some of your own beforehand.

Be knowledgeable of the people who are going to be at the party.

Hearing a good number of familiar names that your boyfriend is friendly with is a major plus.

The lack of these names calls for you to request bringing some friends to the party.

These are people you know your boyfriend is friendly with and loves being around.

The idea is to make the party so appealing that even though he isn’t obligated to go, he is extremely tempted to go.

Without his knowledge, you made sure the activities planned on the date appeal to him.

The food and drink is to his tastes, and some of the people are familiar to him, preventing any social trepidation over going to a party filled with people he doesn’t know.

Now that you have this done, how you bring up the topic matters.

Instead of begging him to come along or directly asking him to go with you, talk about the party nonchalantly.

You don’t want him to get the feeling you are desperately hoping he comes to it.

Calmly talk about what you have heard about the party.

The seeds have been planted.

You don’t need to do much else after this.

Bring it up on occasion, in passing, as the day draws near.

Leave him with the impression that you aren’t certain whether you want to go.

Ideally, this has nothing to do with you asking him to go with you.

The impression you are giving him is one of whether you want to attend or not, as your friends keep hounding you to go.

A nonchalant, unemotional attitude is the key.

It’s like you are thinking out loud to yourself but he is within earshot.

The more you come off as nonchalant about it while subtly bringing it up in conversation from time to time, introducing another new tidbit about an activity, food, drink, person, etc., you recently were informed is going to be present at said party, the curiosity is too much for him to bear.

To your surprise, your boyfriend broaches the subject himself as the day of the party draws closer and asks you whether you have decided on going or not.

Bringing up the topic without prompting from you is a strong signal that he is hoping you are going and is planning on going with you.

You never had to convince him to go to the party.

He has volunteered to go with you on his own, without obligation.