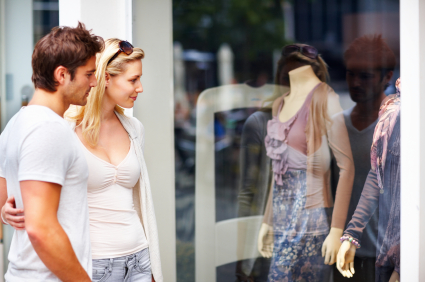 If he doesn’t take the time to truly get to know you as a person, he may be waiting for something better.

When you notice that the majority of the time that you both hang out, he just wants to keep things simple and only have fun, he may not see you as someone that he wants to get to know on a deeper level.

A guy like this will typically not have you as a priority in his life.

He may make and break dates quite easily.

Sometimes, you may even feel like he is only hanging out with you because he is bored.

You may feel like he only called you because his friends were unable to hang out with him and he is now using you as a replacement.

He sees you as someone he can be with for now.

Another good way to tell whether he is just waiting for something better is if your opinions have no bearing on him.

Whenever you talk about something that is important to you, he just seems to brush it off as though you never mentioned it.

When he acts like this, he isn’t thinking about what is important to you.

He feels like you aren’t worth that kind of attention.

Hence, he will often disregard what you say.

He may even go as far as even rudely cutting you off when you speak.

This is a guy who isn’t truly trying to consider your needs.

You may even notice that he is not this way with other girls.

You may notice that he is kinder and more patient with them.

He may pay attention to what these girls say and really consider their opinions about certain topics.

A guy who is waiting for something better may also be very flirty with other girls.

You may notice that he tends to give other girls compliments whereas he barely gives you any.

You may notice that whenever he talks about girls to his friends, you aren’t at the forefront of his thoughts.

He will often talk about other girls before he will mention you, if at all.

These are very strong signs that he may just be waiting for something better.

A good way to know that he does like you is by how much time he spends with you.

If he does spend a good amount of time with you, there is a good chance that he wants to truly be around you.

Also, if he is spending really quality time with you whereby he is trying to get to know you more and more as a person, he does like you.

You may notice that he will try to relate to you when you talk to him about certain topics.

He may tell you about a very similar experience that he has had in the past that is just like the one you just described to him.

That is when he is trying to create a connection.

The guy that does like you will also typically be very patient with you because he relishes the time he has interacting with you and will take what you have to say seriously.

What you have to say will give him further insight into the kind of person you are.

Learning more about this allows him to know whether the both of you really connect and have some shared beliefs or values.

This kind of patience is also a way by which he wants to let you know that you can trust him with your emotions and with opening up.

In other words, he is showing that he wants you to feel at ease and to understand that he isn’t going anywhere.