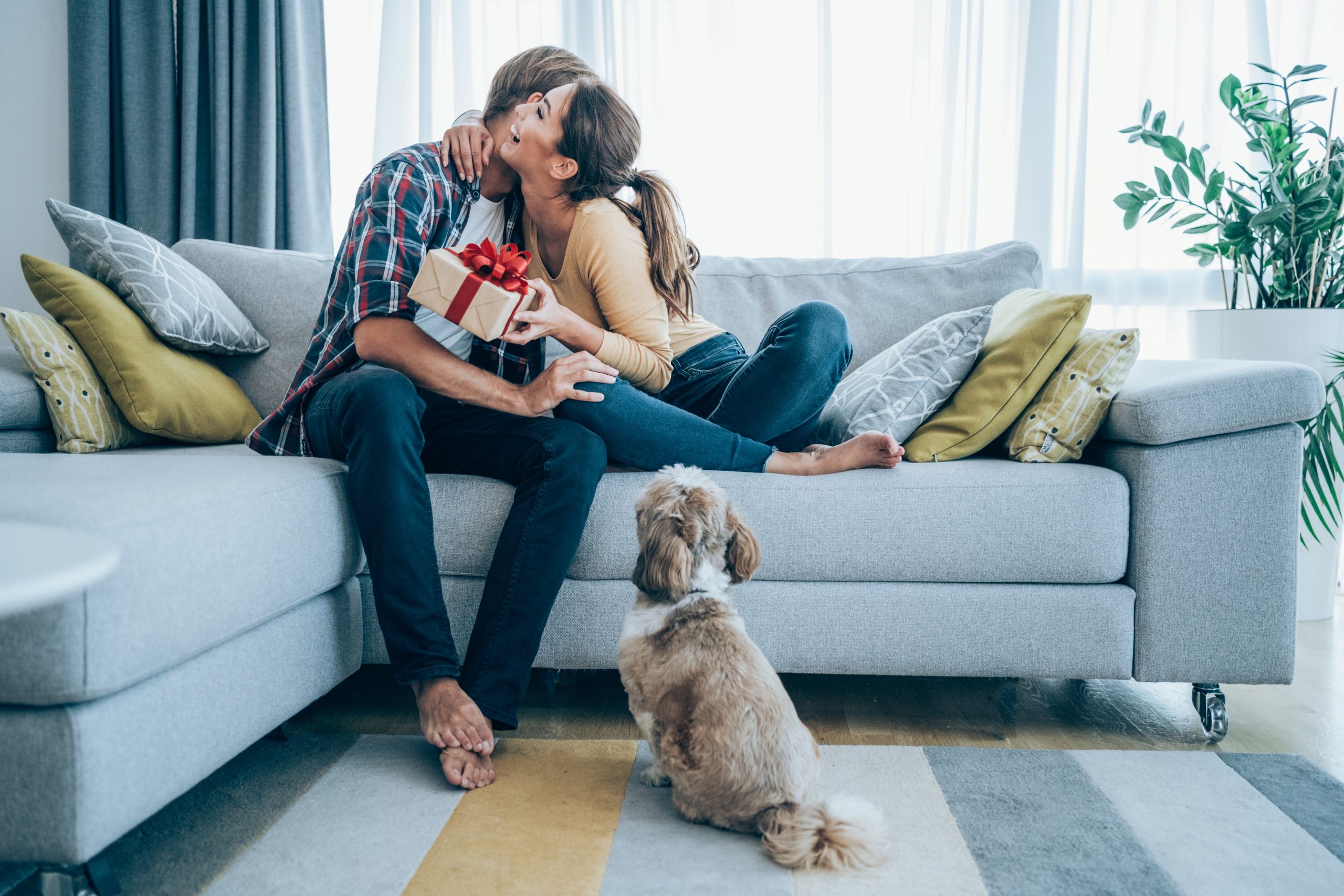 Your boyfriend gets a high from how you react to the gifts he gives you.

The joy and excitement you give off when he gifts you with something, gives him a dopamine rush.

This speaks to his love language.

There is a good likelihood that he has a history of doing this with his past girlfriends to varying degrees.

This doesn’t mean that he received the reactions he wanted from each previous girlfriend.

The girlfriends who reacted with the greatest excitement, joy and appreciation to his gifts, were probably his longest relationships.

Think back to the first occasion he gave you a gift.

How did you react?

Were you smiling from ear to ear and excited to no end?

Did you keep reminding him about how awesome his gift was whenever you had a chance?

This much excitement to the first gift he got you, gave him the inspiration to give you another one.

Purposely, his second gift to you was more elaborate than the first.

You reacted with greater excitement and joy.

Yet again, this inspired him to get you a third gift that was more elaborate than the second.

You reacted with greater excitement yet again.

This is where the floodgates opened.

Being that his love language is connected to how you react to the gifts he buys for you, he knows that getting you lots of gifts feeds into it.

Some experience it when the woman they are dating gives them a lot of compliments, flirts with them incessantly, or waxes philosophical with them on esoteric topics.

This guy feels fulfilled emotionally when he experiences how you react to the gifts he buys for you.

How you tell that his gift-giving is coming from a genuine place that speaks to his love language is when he never asks for anything in return.

He has never given you a gift and expected you to give him sex in return.

He has never given you a gift and asked you for a personal favor soon after.

He has never given you a gift and boasted about it to his or your friends, as you sat next to him on an evening out with said friends.

Whenever he has given you these gifts, they never have any strings attached.

That is when you know that the gifts are coming from a genuine place and the joy they give you is what speaks to his love language.

This being said, never take his behavior for granted.

There is nothing that kills a guy’s love language more than a girlfriend who has come to expect special treatment from him.

Never give him the impression that you expect gifts from him.

This takes the joy out of giving you gifts and he soon becomes reluctant to do it.

Unadulterated and appreciative joy from you is what speaks to his love language, whether you are receiving your first gift from him or your one-hundredth.

As long as you keep this up, his feelings for you grow stronger, opening him up to the prospect of having a long-term future with you.