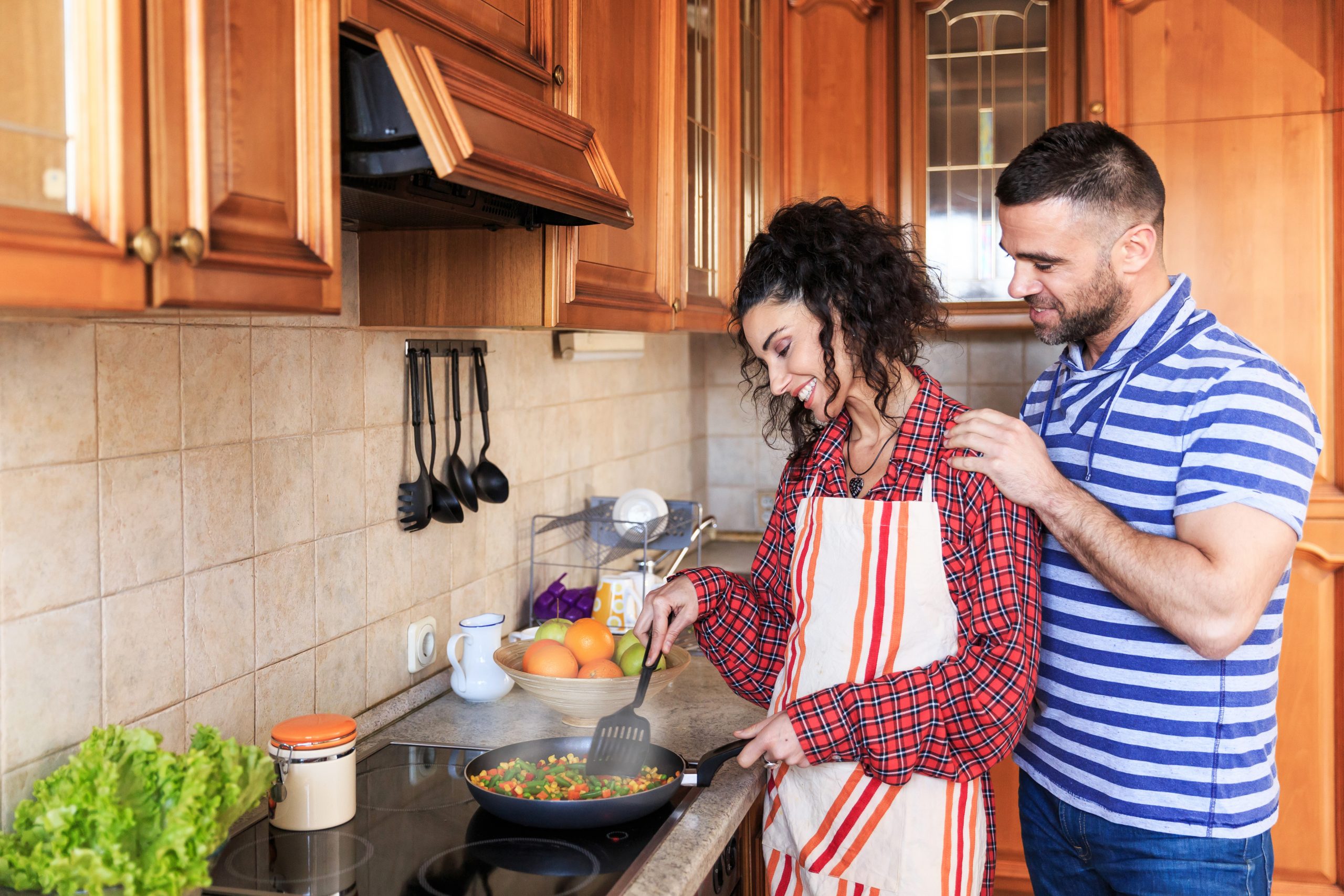 In the modern dating era, traditional dating norms have changed.

Many men have adapted to these changes and like them.

It’s a good thing that women have greater agency in who they choose to date, as opposed to having to find a date for the primary purpose of marriage and survival.

No guy worthwhile wants women to go back to a time where they had to remain a virgin to attract the best suitor or not speak her mind in fear of losing out on his interest.

Back then, women dated and got married to survive and were primarily looked at as baby-making vessels.

We don’t live in that world anymore and the majority of men never want dating and marriage for women to go back to how it was eons ago.

This aside, many men in this new era do prefer particular traditional qualities in women.

Qualities such as a woman who cooks and cleans.

There isn’t much that gets a man in a heightened state of happiness and contentment than returning home to a clean house and the smell of a delicious, home-cooked meal, permeating the air.

Good home cooking and a clean house gives him a boost that has him bouncing off walls.

This is how you win over a man’s heart, over and over again.

Some women complain about their male partners spending too much time at work, after hours.

Traditional women who cook and clean rarely have to complain about their men spending too much time at work.

He has been at work throughout the day, thinking about what his woman is cooking at home.

He works extra hard to keep himself from having to stay one minute longer at work once his assigned work hours are done.

The moment those assigned work hours are up, he is rushing out of there with such lightning speed, he occasionally forgets to clock out.

How good you make a man feel at home is what entices him to want to come home.

Not only that, it inspires him to be the best provider he can be because he wants to maintain that household.

A traditional woman makes a man feel like a king at home.

A man goes out to work and provides for the family.

That was the case a millennia ago and remains the case today.

Home is his escape from the noise.

A traditional woman that makes the home as inviting as possible, is what makes a man feel like he is the king of his castle.

And he does everything in his power to make the castle durable and the woman who lives in it happy.

Coming home to a clean house and the smell of a delicious home-cooked meal makes him feel like a king, and so does a traditional woman who makes him feel appreciated.

Men want to feel appreciated by their women.

A traditional woman who acknowledges what he does for the household and praises him, makes him feel like a million bucks.

He protects, provides and resolves.

He has no qualms grabbing tools and getting the fence in the back porch fixed.

The traditional woman thanks him for his hard work in fixing said fence and as a reward, she gives him a much needed massage.

On another weekend, she thanks him for detailing her car and changing the oil, and as a reward, she gives him a much needed haircut.

A traditional woman who appreciates a man and shows gratitude through action, is a quality that men find irresistible in a partner.