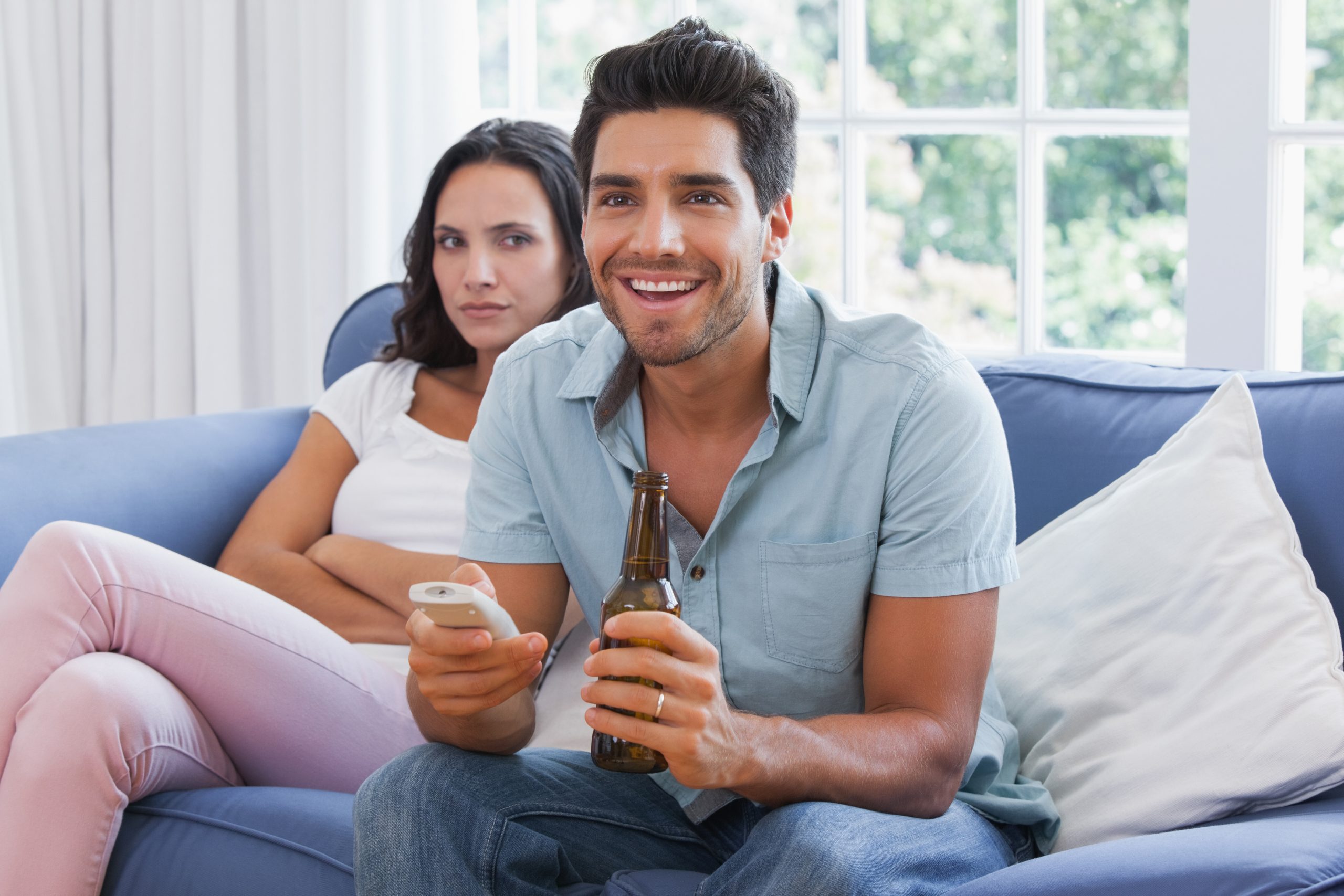 Communication on a regular basis matters.

A boyfriend that keeps up with this is still into you.

No matter how his day is going, he still makes it a priority to message or call you throughout your day.

Communication is a key necessity to remain connected with a partner.

This is usually the first thing that falls off when a boyfriend is no longer into you.

All of a sudden, you are the one initiating the majority of the calls and messages.

Having a long conversation with him of substance goes out the window.

A boyfriend is still into you when you haven’t experienced this fall in communication.

It has remained constant and substantive.

Something else to look at is your sex life with him.

Has it remained consistent?

Consistent sex with your boyfriend is an indication that he is still attracted to you and continues to desire intimacy.

He hasn’t forgotten about foreplay either.

During sex he is considerate and prioritizes your pleasure, getting you to experience a climax before he does.

After sex, he cuddles with you until you slowly fall asleep.

A boyfriend that pays this much attention to you before, during and after sex, is still into you.

Though you are worried about whether your boyfriend is still into you, never lose sight of the concept of monotony in long-term relationships.

After the honeymoon phase of a relationship, it slips into monotony.

The honeymoon phase of a relationship generally lasts anywhere between 6 months to 2 years.

Either partner doesn’t always experience this turn at the exact moment.

Sometimes, a partner gets past the honeymoon phase sooner or later than the other.

Assuming that you are still in the honeymoon phase and your boyfriend isn’t, misconstruing a change in his behavior as a sign he isn’t into you any longer is common.

He isn’t saying he loves you as profusely as he was a few months ago.

He still says it regularly, just not quite as much.

You are used to him calling you a cute pet name.

Of late, he hasn’t used it as much, choosing to call you by your given name.

You love it when he surprises you with flowers every few weeks.

Presently, he hasn’t given you flowers for months.

It’s tempting to look at these changes and believe that he isn’t into you.

When the honeymoon phase ends for a partner, they still love their partner, but the high dopamine levels in the brain that triggers pleasure and euphoria has tempered.

No human being has the capability to remain on a constant high, no matter how much they love their partner.

Once this turn in a relationship occurs, some romantic aspects of what they used to do in the relationship suffer.

In your case, you have already experienced some of them.

What matters most is that he keeps up with the major aspects of your relationship.

As aforementioned, some of these involve regular, substantive communication and regular, intimate sex.

A few aspects of romance that disappear from your relationship aren’t an indication that a partner isn’t into you any longer.

Some of these fall off when the honeymoon phase ends.

If you desire that your partner keep these romantic aspects going, let him know.

Don’t be too hard on him though, should he struggle to get back into the habit of doing them.

At some point, you are going to move past the honeymoon phase too and unbeknownst to you, small romantic gestures you used to say or do for him are going to fall off too.