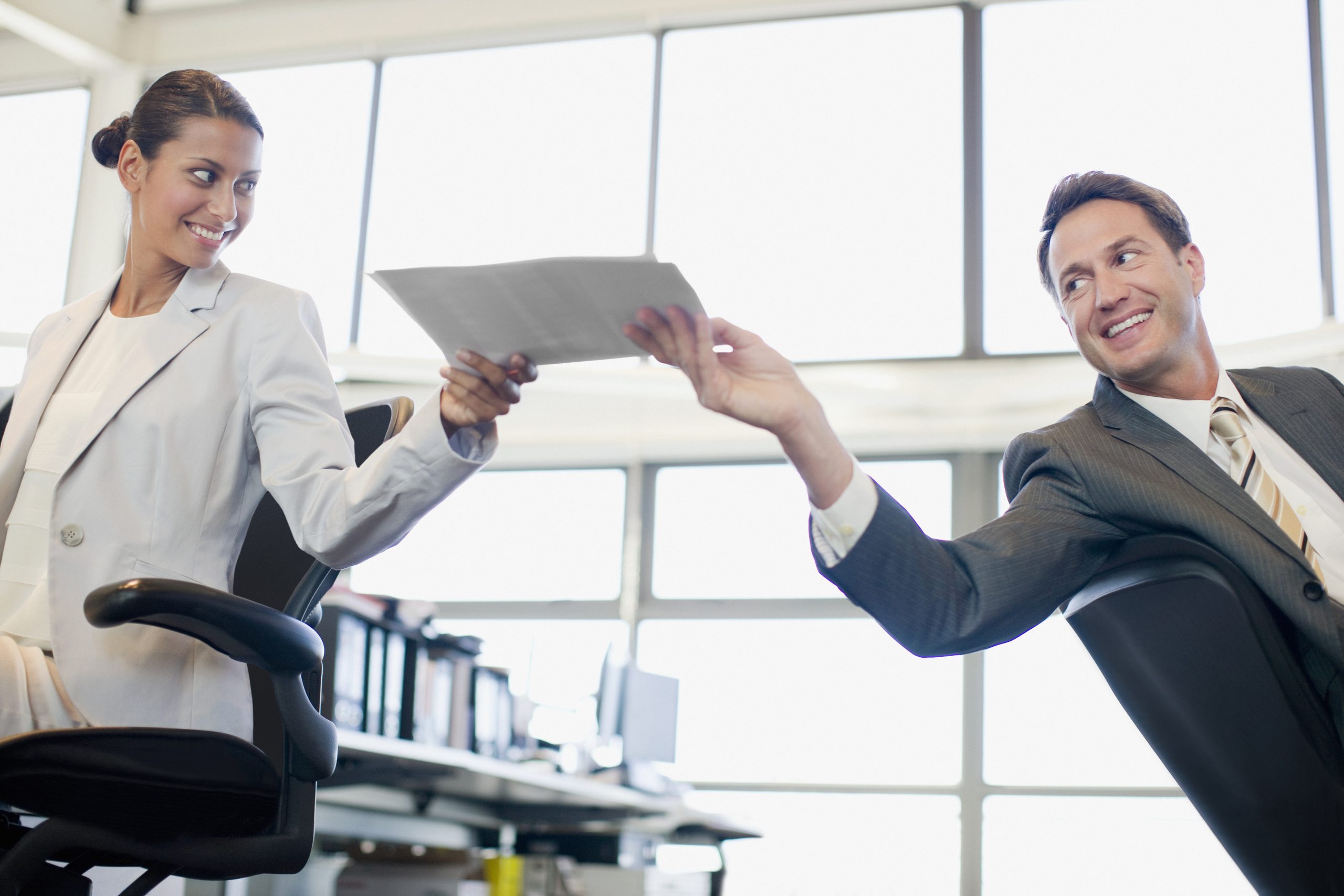 A male co-worker who likes you looks in your direction whenever he has a chance.

It doesn’t matter who he is with, he looks in your direction whenever the opening arises.

You catch his eye as he is walking down the hallway with work colleagues, sitting at his desk across the room, walking by your desk or having lunch in the breakroom several tables from where you are sitting.

You happen to look up and there he is looking in your direction.

At times, he holds the gaze when you lock eyes, and other times, he quickly breaks it.

How helpful he is towards you is something else to look for.

Though he helps his co-workers, he seems to pay extra attention to you to the extent where he offers to help you about the office when you haven’t asked for said help.

Whether he is volunteering information on new tricks to help you log into your workstation faster or is giving you tips on how to handle unique situations related to your job title, he is going above and beyond what he normally does when helping other co-workers.

With this amount of help, he follows that up with giving you high praise whenever he talks to you.

The praise is upheld whenever you are among fellow co-workers too.

He doesn’t hold back in praising you among your fellow co-workers, making it clear that he sees you as an exception. This is where he has separated you from the pack.

It doesn’t take long before your fellow co-workers mention how much he sings your praises to them, using you as an example of a co-worker to emulate.

A male co-worker who likes you has a habit of meeting you when you two so happen to be the sole inhabitants of an area.

Suddenly, you are running into him alone at the office elevator, hallway, breakroom, parking lot, storage room, stairwell, etc.

He is seeking them out.

Knowing your schedule or watching you closely, as far as where you are headed to in certain moments during your work day, he puts himself in those spaces.

It feels like you so happen to meet him in a hallway as he was walking alone, but a repeated occurrence of this is how you know he sought out the meeting on purpose.

It isn’t serendipity or coincidence.

There is a juncture where too many of these meetings alone in these spaces means serendipity or coincidence have nothing to do with them.

The goal is to be around you in these spaces and create a more personal connection.

A one on one setting lets him connect with you through conversation and body language on a level he can’t have when other co-workers are around.