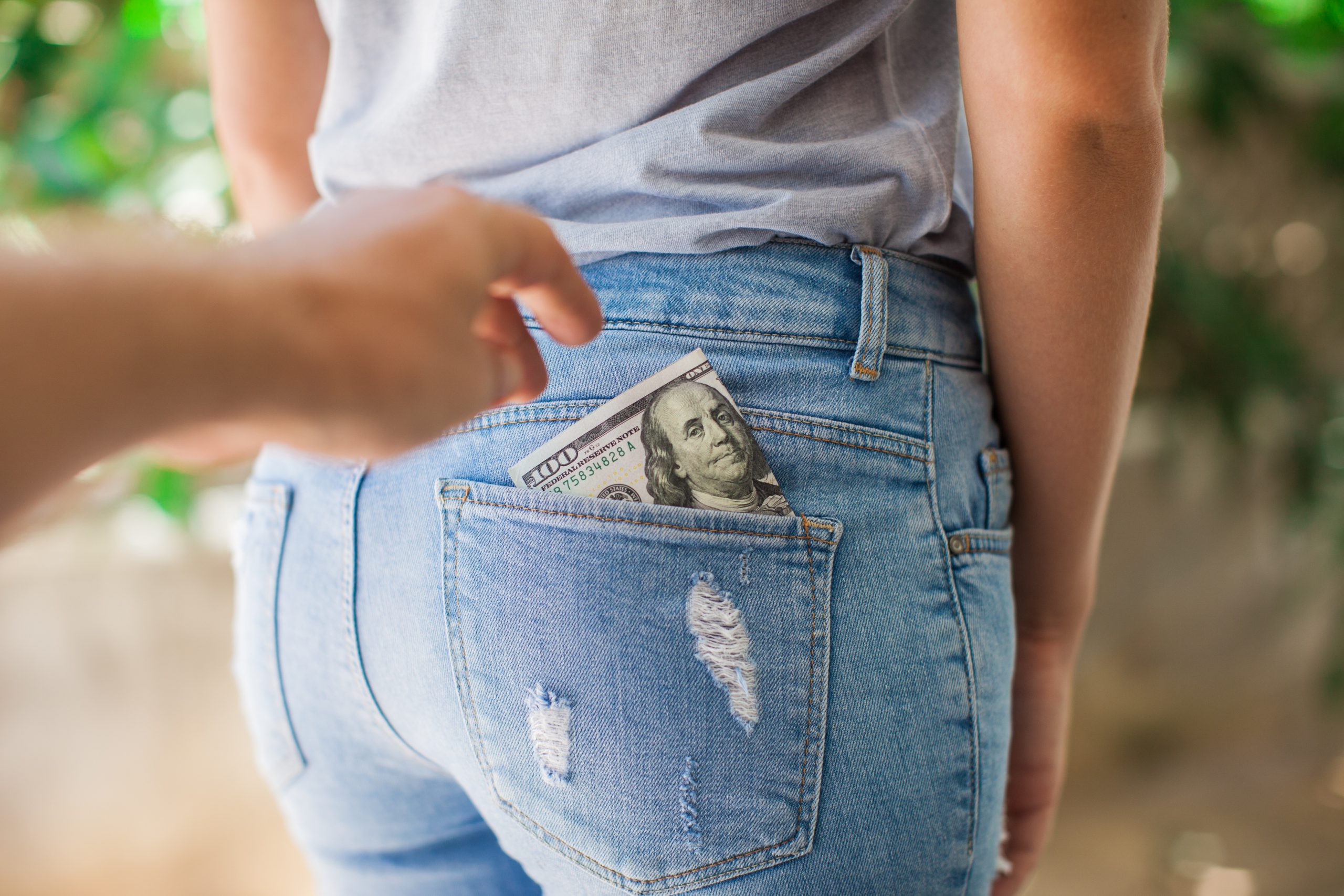 Unfortunately, you have facilitated your partner’s behavior.

By giving him money in the past when he asked for it, he now believes he has a right to ask you for money whenever he wants.

As long as you keep giving him money, he is going to keep asking for it.

This doesn’t stop unless you make it stop.

Do you want to make it stop?

Be candid with yourself about that.

Your first instinct is to say yes, but think again.

Let’s say you finally say no to him.

What happens when he stops messaging you as often as he used to or stops hanging out as much.

A partner like this does whatever they have to with the intent of getting back on the money gravy train.

What happens when he decides he won’t message you as much?

The silent treatment is unbearable for many women.

When he does it to you, how long before you give in and give him the money he wants?

It isn’t enough to tell him that you aren’t giving him any money, you have to be prepared for what comes next.

Again, you have facilitated his behavior by giving him money upon his request in the past.

Be prepared for him to initially guilt-trip you by making you feel like you are a bad girlfriend for not giving him money.

When that doesn’t budge you, be prepared for him to get angry and throw a fit like a little child denied their favorite toy.

You are still not budging.

Now, he goes with the nuclear option by taking away attention.

He gives you the silent treatment.

This is where you must hold steadfast.

He is only doing it to freak you out and loosen you up.

He knows how badly you want his attention, as so many girls do from their boyfriends.

Take solace in knowing that most guys won’t keep this behavior up for long, being that they still want to see their girlfriend, talk to her and have sex with her.

Eventually, he gives it up and acts right.

As long as you discipline yourself and hold out, you win.

From here on out, remain firm in denying him money whenever he requests it.

He soon gets the point and goes elsewhere to get money, even better, he gets a job.

In a worse case scenario, instead of going through these stages, he does something criminal.

What happens when a drug addict needs a hit and doesn’t have a stash?

He is constantly coked out, so keeping a job is out of the question.

What does he do?

He steals from family, friends, acquaintances, even beggars on the street.

He has no shame.

He does whatever he has to in his quest to get another hit.

Beware your boyfriend does the same to you.

Desperate and entitled, he is ready to steal from you.

Whether it be your jewelry, phone, hubcaps, milk money, it doesn’t matter.

So watch your stuff during this time.

The last thing you want to do is have to file a police report on your boyfriend for theft of your property.

Having to do this leads you on a path that often ends in violence as he lashes out at you for your disloyalty in his eyes.

Watch your stuff and watch him.