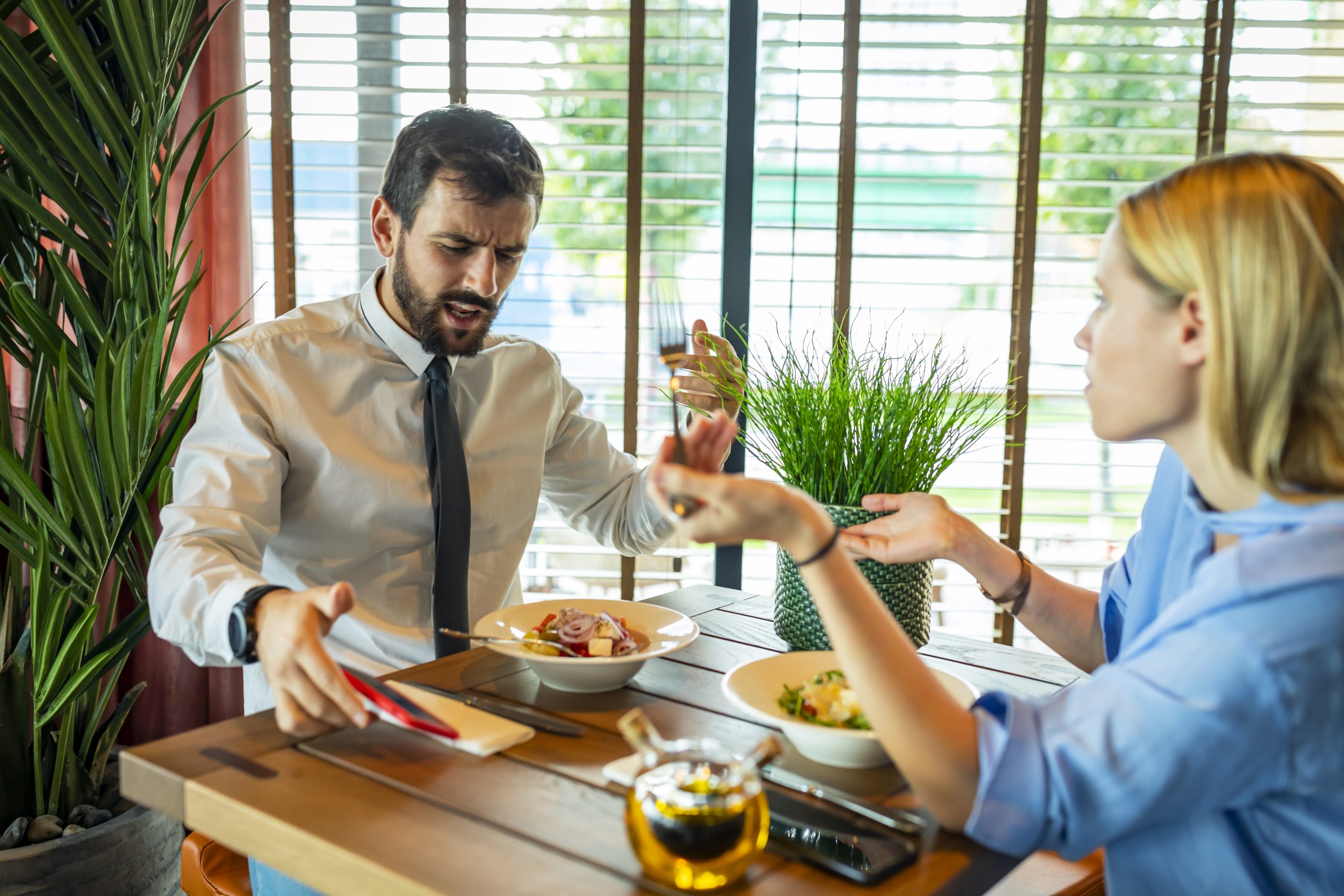 Do your due diligence by not getting yourself in a situation where you feel the need to get out of a bad date in the first place.

This means taking the time to vet the guy.

No, this doesn’t mean getting yourself all caught up in a labyrinth of social media accounts and avatar posts that bear his name.

Before meeting on the date, talk to him first.

Even better, do a video chat.

This is your preview of what a first date with him could be like.

Having a conversation with him, watching his mannerisms on video, all point to who he is as a person and whether a true romantic connection is possible.

Okay, let’s say, you did your due diligence.

You had a conversation with him, even got him to do a video chat with you and everything went seemingly well, with no red flags.

Yet, on the date itself, you are trying your hardest not to scratch your own eyeballs out.

He isn’t what you expected.

For some reason, the guy you spoke to on the phone or video chatted with barely resembles the man who sat across from you at the restaurant in temperament.

Conversation that went fairly well over the phone or video was totally different this time around.

Hard to explain how this has happened after doing your due diligence to vet him beforehand, but it has.

How to get out of this stuffy restaurant and away from this irritating man?

Well, to get out of it, end it early.

Don’t waste time and allow the date to endure in the hopes that somehow it gets better.

Once you get a strong sense that it isn’t working, end it then and there.

Allowing a date to keep going even when you know it’s hopeless only makes it that much harder to get out of it, putting you in a very awkward position by the end of the date with a guy whose expectations are now considerably higher.

You both shouldn’t get past appetizers.

Be straightforward with him and tell him that you are grateful he came out, but you don’t believe there is chemistry.

Show him how considerate you are by letting him know you would much rather end the date now, saving him time and keeping him from wasting his money on the main course.

After all, you are a forthright girl.

You didn’t come here for a free meal.

Putting it like that makes it so much better for him to see where you are coming from.

There are no shortage of men who have taken women out to expensive dinners in the past that they paid for, only to feel misled when said women suddenly disappeared after the fact.

Subsequent calls and texts to these women weren’t answered or responded to, leaving some of these men feeling like they were led on at their own financial expense.

Given the prevalence of these experiences, he could be one of those men.

By letting him know that you don’t want to waste his time and money, you get him to remember dates he has had in the past where nothing came of it, even after paying for all of it, and you give him a sense of relief.

He would be grateful for your honesty and consideration.

This makes it that much easier for both of you to call it a night and go your separate ways while allowing him to have his dignity and you, a much needed escape.