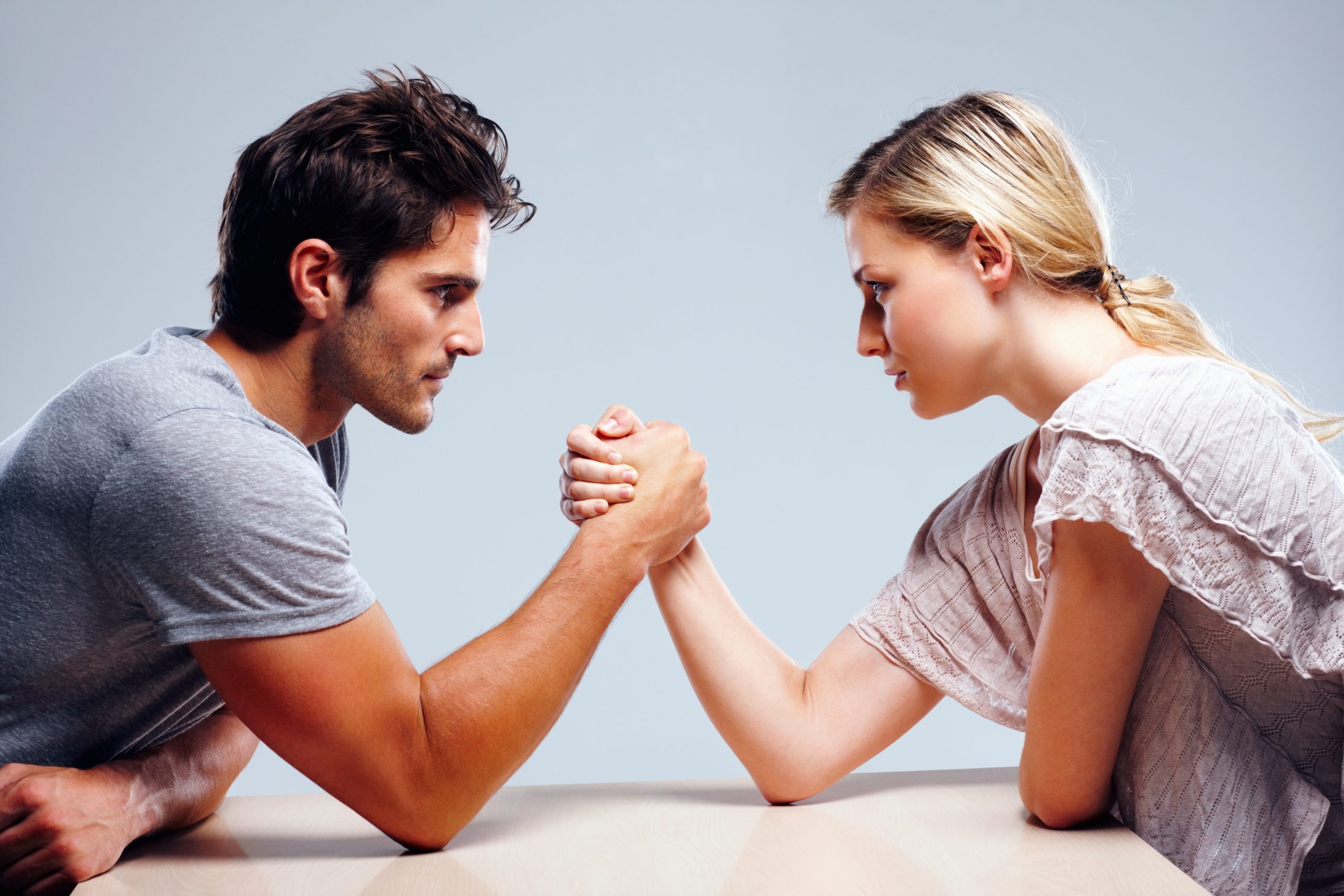 For once, you just want to play a video game without your boyfriend hollering and pumping his fists every time he is clobbering you.

It would be nice if the both of you enjoyed a night bowling without him screaming at the top of his lungs in unadulterated excitement whenever he scores a strike or wailing in abject disdain whenever he rolls into the gutter.

None of this competitiveness stops with the leisurely pastimes.

Your boyfriend even competes with you when it comes to beating you to a parking spot or ordering Starbucks coffee with his litany of add-ons.

There is no end to his competitiveness and you wonder why.

At first it was cute.

He was just so energized with everything.

You loved that energy.

One that has even led to a few verbal spats, leaving the both of you upset.

A boyfriend who is this competitive, not just with you, but in other areas of his life too, whether it be at work or with family and friends, gets a high from winning.

The problem with this is that once that rush has come, it disappears fairly fast and he has to get another rush to get him back on a high.

Spending a lot more time with you than he does anyone else means you are going to have to unfortunately bear the brunt of his energy addiction.

Naturally, you are going to be the one he uses to get his high.

Talking to the people who have known him the longest, his family for instance, gets you a much more enlightening picture of how he was when he was still living at home with the folks.

No doubt, he was in frequent competition and fights with his siblings.

Some guys are very high energy and whoever they are around the most, becomes the source of their high.

Before leaving his parent’s house, it was family.

Now, you are the source.

This is his personality and trying to get him to change it would be challenging, but not impossible.

To reduce or even eliminate the competitiveness, put in the private time and hard work to get better than him at some of these activities.

Once he realizes he is only going to lose if he tries outlasting you on the treadmill, he backs off.

There is no high there, no dopamine rush.

The more activities you master and beat him at, the less likely he comes to you to get his high all the time.

You finally get a break from it all and in time his competitiveness with you diminishes until it is expunged.

On the flip side, a boyfriend who is only this competitive with you and no one else in his life, is about control.

He makes an actual choice to beat you at bowling, cards, video games, swimming, etc., to make it clear he is the one in control of the relationship and he is better than you.

Even the most competitive big brother lets his little brother win at times.

Look into his relationship history.

A previous girlfriend went through the same ordeal.

His competitiveness just as easily led to the end of his previous relationship as anything else they were both going through.

Yes, this all sounds scary.

Stakes are high as you have now reached a point in your relationship where deeper feelings have set in, possibly even signs of love.

This is why you need to take this seriously.

Allowing constant competitiveness sometimes transitions into something much worse.

When he doesn’t feel like the competitiveness is as effective any longer, verbal abuse or worse sometimes ensues.

You don’t want any of this to get that far.

Talk to him about how you feel about this.

Let him know you don’t want to be competing with him on everything.

Set the boundaries of what you are going to compete with him on and what you won’t.

A discussion about boundaries in a relationship is extremely necessary.

Best to have it early.

Many couples never set boundaries and wonder why their relationships fail.

Now is your chance to do so.

Either he agrees to your boundaries when it comes to his competitiveness or you let him go.

Keeping him around without an agreement spells doom for your relationship and your mental and possibly physical health.