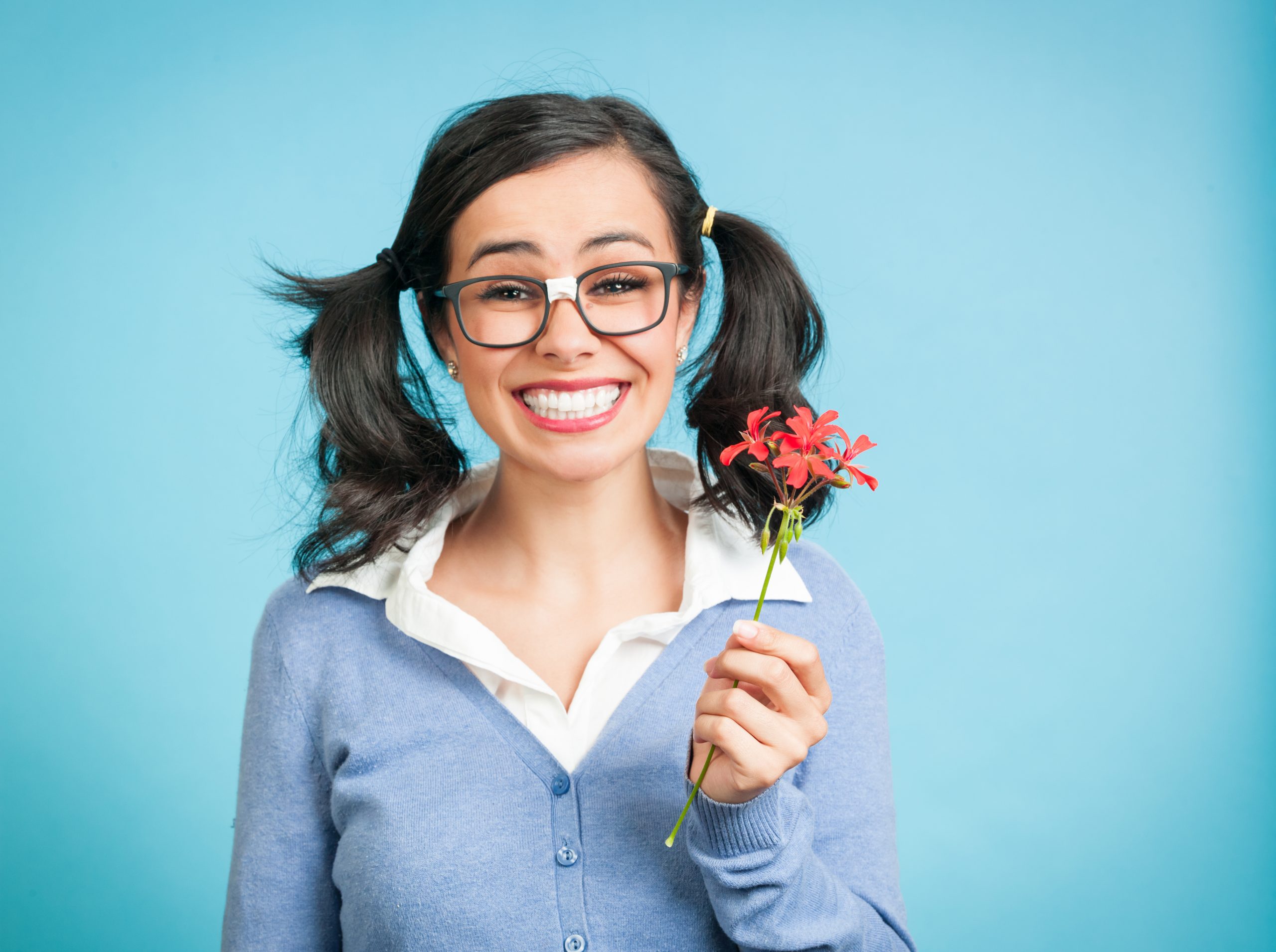 Not having much luck in that department so far, doesn’t mean these guys don’t exist.

Even if you are in a friend circle of nerdy girls who don’t have much luck with getting guys to date them, it doesn’t mean guys don’t date nerdy girls.

Ask yourself about what you want to attract.

Having similar interests is normally a good start.

Some nerdy girls think that enjoying an activity that has to do with smarts instantly indicates she is a nerd.

You even have Star Wars bed linens.

There are lots of guys obsessed with Star Wars who aren’t nerds.

This takes us back to the question of what you are attracted to.

Are you only attracted to other nerdy guys or are you more eclectic in your tastes, with an openness to jocks, artists, daredevils, etc.,?

Here is the good news.

You don’t have to only be attracted to other nerdy guys.

There is at least a little bit of nerd in just about every guy, whether he is a sports junky, into the arts, is a dj or just great at fixing things with his hands.

There is at least a little nerd in just about every guy and some of those guys would love for more of that side of them to come out.

This is one of the reasons why there are a good number of guys out there who find themselves attracted to a nerdy girl.

For some, a history of dating girls who aren’t into “nerdy” stuff has left them wanting.

Besides their fellow guy friends, dating a girl who talks about nerdy stuff like Star Wars like it’s second nature to her would be heaven.

For once, he can talk about the intricacies of that world without a girl looking at him cross-eyed.

He would love to get to know a girl like this.

A girl who helps him bring out his inner nerd.

The main reason why you or your fellow nerdy girlfriends aren’t having any luck with attracting guys has everything to do with giving them the sense they don’t belong than anything to do with nerdiness.

Most guys are drawn to girls who look approachable.

When you are by yourself or with your fellow nerdy friends, are you approachable?

When your head is constantly stuck on your smartphone so as not to make eye contact with anyone or you hide yourself only around your nerdy friends without separating, it makes you unapproachable.

The reason why you or your fellow nerdy friends don’t get approached has a lot more to do with an unapproachability factor than anything to do with nerdiness.

Guys rarely approach women who come off as unapproachable.

It makes them worried about how she would react to his approach.

Men fear rejection just as much as women do, but some brave it if they get the sense that the girl is approachable.

The next time you are out, be by yourself for a while.

Put your smartphone away.

Walk around with your head up.

Don’t be in a hurry.

Make some stops and linger.

Making stops and lingering gives a guy the opportunity to observe you and approach you.

Don’t be surprised to suddenly have guys approaching you, introducing themselves.

Yes, you won’t be attracted to every guy, but you do this exercise enough, it won’t be long before you meet your future boyfriend.

Remember, many guys would love to meet a girl who gets more of the nerd out of them, but you need to be approachable for them to take a chance on you.