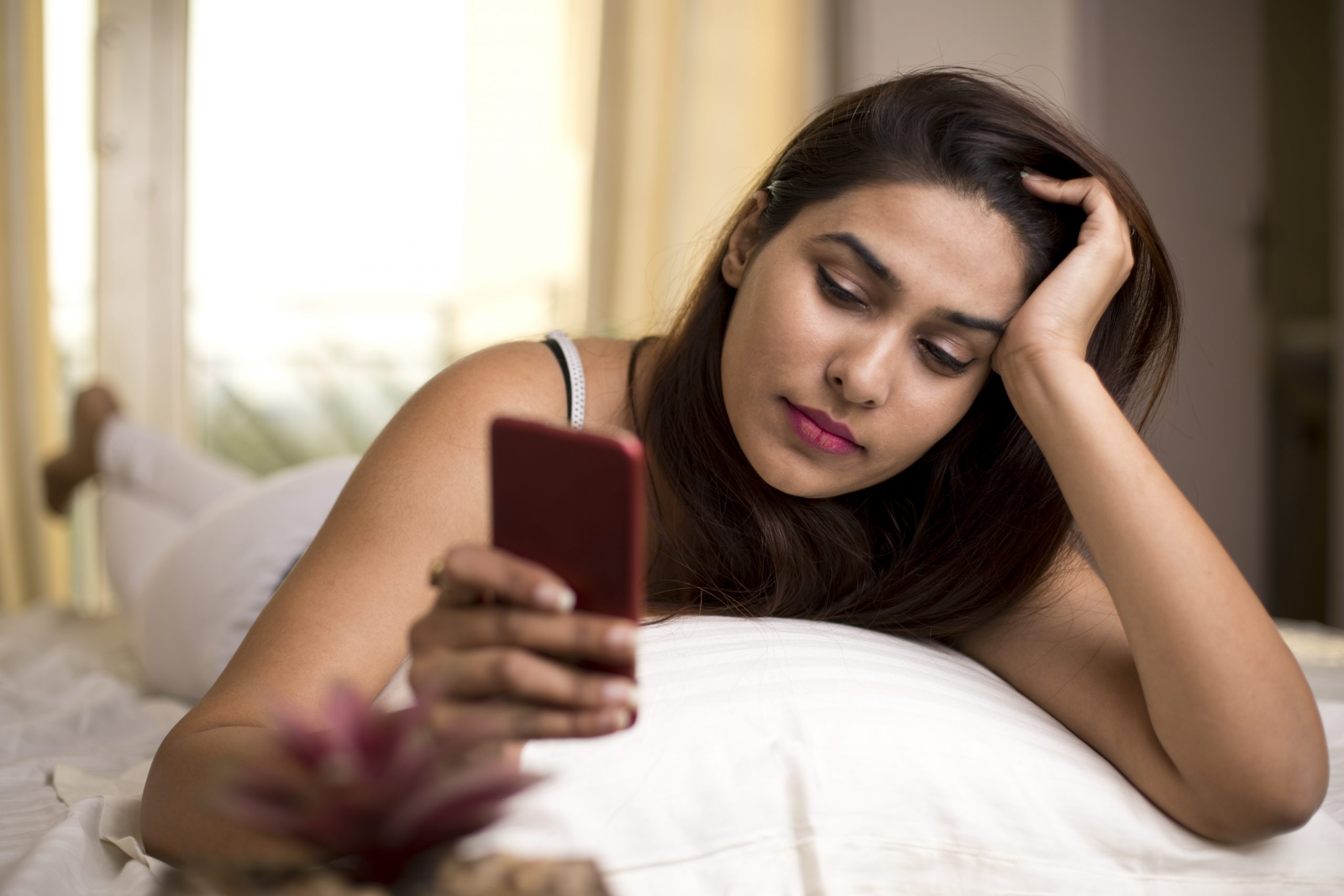 The fantasy is gone.

Before learning he is also interested in you, you had a wide tapestry to design whatever fantasy of what you believe a life with him would be like.

Once you both started talking, you had an opportunity to see just how right you were about what that fantasy life would be like.

Normally, what you create in your mind and what exists in reality don’t mesh.

Subconsciously, as you got to know him better, you were disappointed but found a way to keep that feeling muted.

That was until he started showing interest back.

He proclaims how he feels about you.

Asks you out on dates.

Now, the reality hits you.

He isn’t what you fantasized.

Letting this go further than friendly conversation would only lead to disappointment.

The guy calls and texts but there is no response.

You move on to the next guy and repeat the cycle.

It’s easy to fantasize about what a relationship with a guy would be like.

Once he likes you back and shows that interest in an attempt to court you, a deep-rooted fear becomes prevalent.

What if you both date and it becomes a nightmare?

You don’t know how you would handle that.

It would be too devastating.

It was so much easier to fantasize about the perfect relationship.

To think about how a relationship with this guy in real life would go fills you up with so much trepidation.

You’ve seen how relationships have gone with people in your social circle, from family members to friends.

So much bitterness and misery.

You are terrified of suffering the same fate.

Maintaining the fantasy of a perfect relationship is a lot more emotionally pleasing than going through the reality of an actual relationship.

A relationship that is just as susceptible to miserable failure as those you have seen befall people in your life.

This fear triggers a loss of interest on your part.

Now that he has shown interest, it’s that much harder to keep up the fantasy. It diminishes and soon, you are in search of a new one.

Although the fantasy aspect of all this is incredibly prevalent in situations like this, there are some who experience something else.

They lose interest when it becomes too easy.

There must be drama.

For this guy to have an interest in you this soon, you surmise that something must be off about him.

Many girls love a challenge.

When a guy already seems like he is ready to climb Mount Everest for them, it turns them off.

Something that makes that guy that much more worthy.

It can’t be this easy to get him to like you back after just a few conversations with each other.

There must be something wrong with him to fall this quick.

Without friction, they find it impossible to maintain their interest.

There is nothing to fight for.

You see all his cards and realize there is no competition in this arena.

No other girls vying for him.

No career or life goal he is possessed in achieving.

No hobbies that take so much of his time.

There is just him.

He becomes boring and you lose interest.