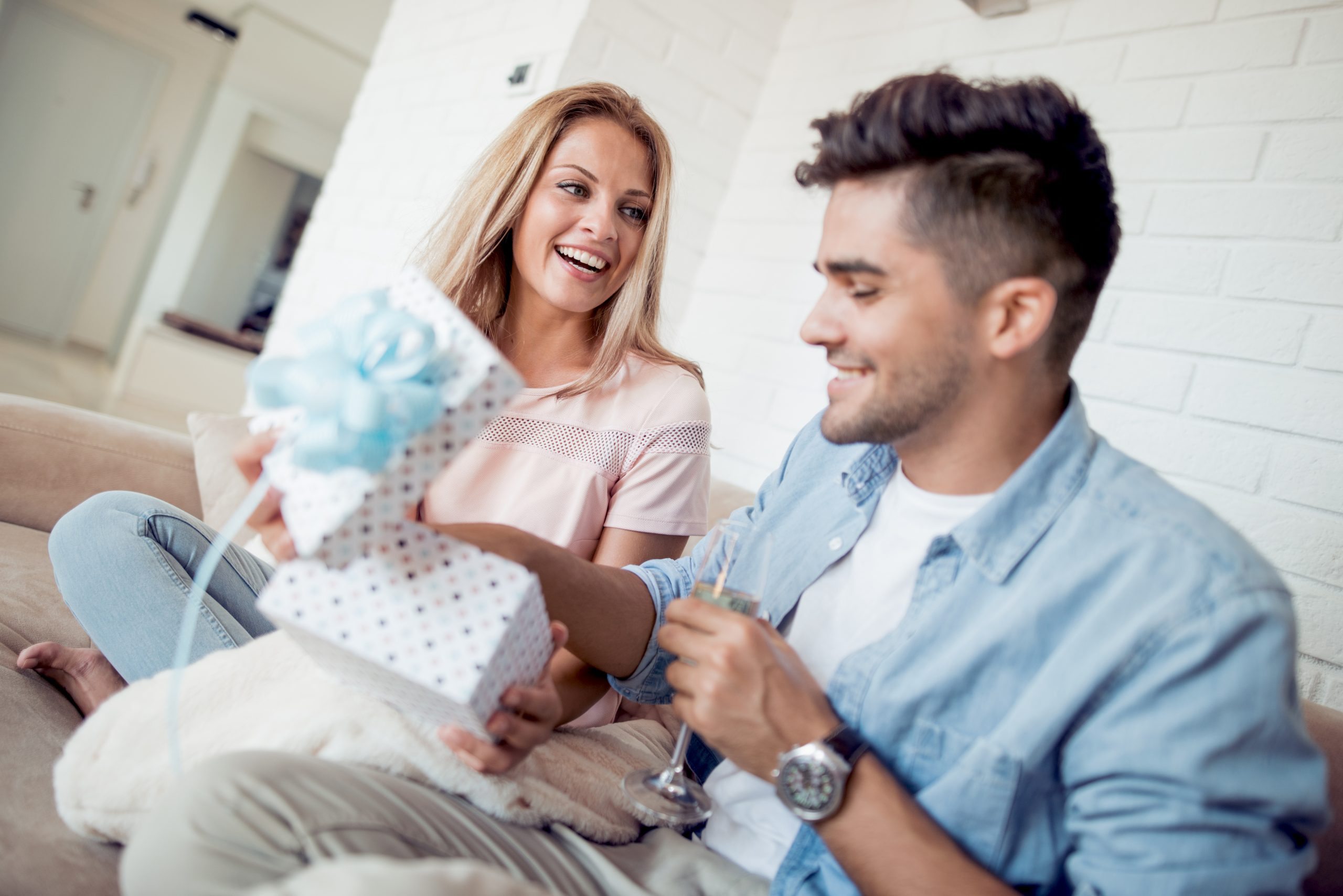 Small gifts are always welcome, as long as they are given within the right context.

A guy who is casually dating a girl has yet to let his guard down.

Meaning, he isn’t emotionally invested in the relationship on an optimum level, if at all.

You need to keep this in mind when it comes to giving gifts.

A mistake would be made if you take this too seriously.

Feeling compelled to give him a small gift is fine, but it needs to be done in a way that puts absolutely no pressure on him to reciprocate.

The moment he gets the feeling that you are making this casual relationship out to be more than what it is at this stage, you turn him off.

Before getting this gift, ask yourself why you want to do it.

Are you developing feelings for him?

This makes the idea of giving him a gift more tricky.

It should feel, well, casual.

If you are hoping that your relationship transitions to something more serious at some point, the last thing you should do is give him a sentimental gift that makes him think you have already fallen for him.

Again, if he is not ready of this type of emotional investment, your small gift would turn him off.

So, you need to be smart about this.

Keep your feelings in check.

Give him a small gift that speaks to the casual nature of your relationship with him.

No, do not get him an expensive watch or wallet.

Instead, get him something that still has value to him but isn’t screaming, “I am falling for you!”

The key here is to make it something he gets to either use or see on a regular basis.

This provides a constant reminder to him that you were the one who gave it to him.

Since your hope is that this guy eventually starts looking at you as more than someone he is just casually dating, the more he is reminded of you, the better.

He drives his car each day.

How about getting him something he can hang on his rearview mirror or mount on his dashboard.

Every time he gets in that car to go to work, school, run errands, visit friends, etc., your small gift is right there in front of him as a constant reminder of you.

What does he love that he talks about often with passion?

Football or some other sport?

Star Wars or something else to do with science fiction?

World Of Witchcraft or some other video game?

Fighter jets or some other form of military paraphernalia?

Whatever it is, get that.

An ornament or something to that effect that is specifically designed to hang on a rearview mirror or mount on a dashboard.

It’s something small, but is representative of something he loves talking about and is a fan of.

Hanging it on his rearview mirror or mounting it on his dashboard means he gets to see it practically everyday.

These are the small gifts that have the strongest effect when you are still casually dating a guy.

Not only is it non-threatening, which keeps him from getting turned off, it’s something that gives him happiness when he sees it.

Every time he sees it, he thinks of you.

He is now unconsciously associating thoughts of you with feelings of happiness.

There is no better coupling when you are hoping that a casual relationship eventually becomes more than that.