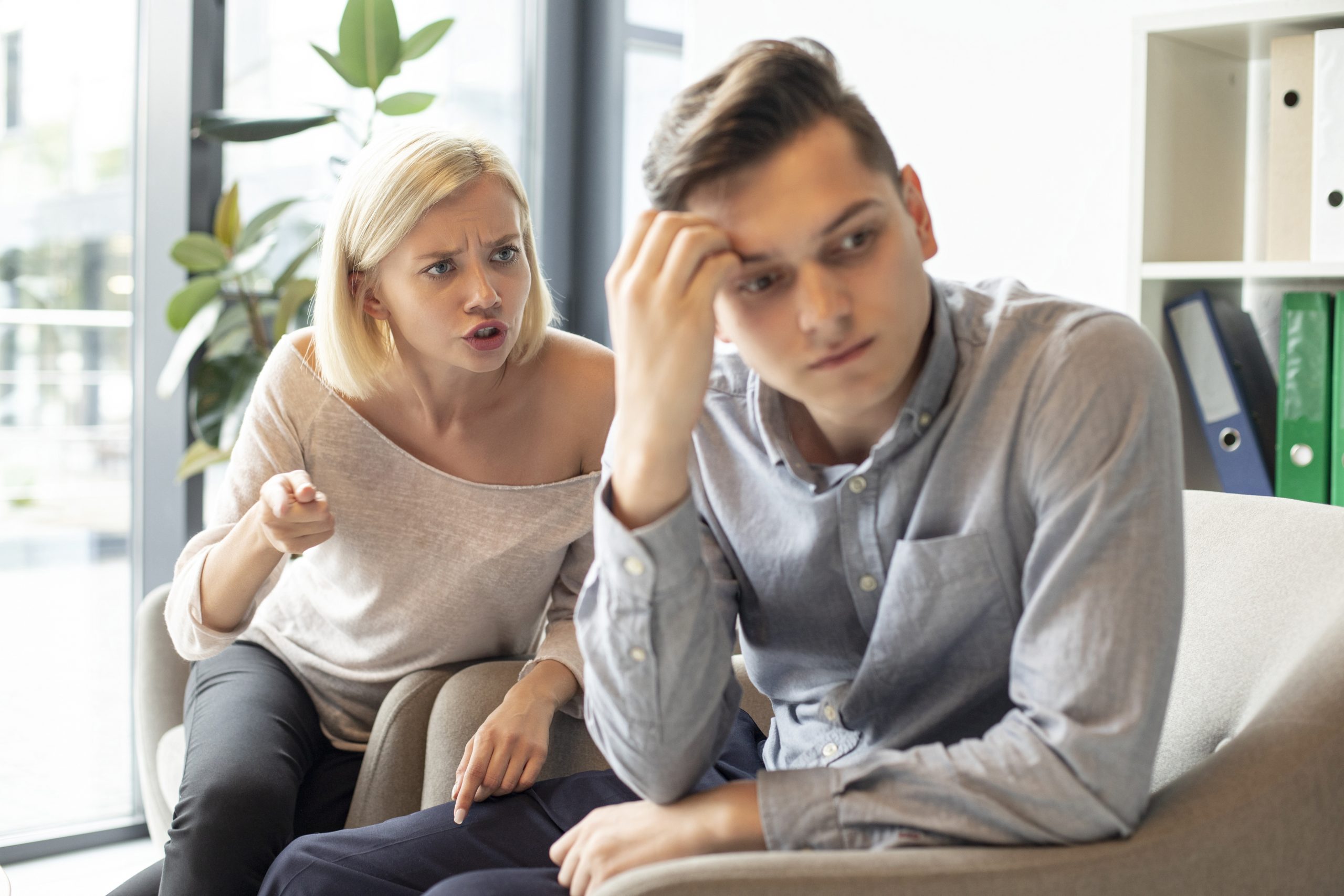 Assuming that this anger stems from something occurring within the relationship and not from a history of personal anger issues, communication is the bedrock that deflates anger to the point where it eventually extinguishes it.

People are a lot more susceptible to getting angry in a relationship when they don’t talk about an issue in a punctual and constructive manner.

The immediate instinct is to either act up, start pointing fingers at who is to blame or just remain angrily silent.

In a relationship, none of this behavior helps.

When you approach issues with this mentality, it diffuses so much tension and stress.

A constructive conversation that ensues where the both of you are not blaming each other but are sincerely talking about the issue and both coming up with well-thought-out solutions to the issue creates a stronger bond.

The more you both do this whenever an issue arises, the stronger the bond and sense of togetherness.

You are both treating your relationship as a true partnership.

In time, you find yourself a lot less prone to having to control your anger because whenever an issue arises, your mind instantly goes to the last time an issue arose and how well you both handled it.

With that realization, the anger never really has a chance to rise within you.

Partners who don’t talk about their issues are always going to find themselves in a position where they feel the need to control their anger.

The partner who is somehow able to control their anger is only going to find themselves seething as time goes on.

It then poisons other areas of their relationship.

The angry partner who was able to control their anger needs an outlet as they stew inside.

This leads to a lack of effort in certain areas of the relationship as their way of getting back at their partner.

On the other hand, the partner who failed to control their anger and lashed out immediately with insults and name-calling only exacerbates the issue.

They put their partner on the defensive, meaning that the partner either lashes out as well or just storms off.

Nothing constructive is achieved by this.

This is a doomed relationship.

Controlling anger starts with the presence of mind to address said issue immediately or as soon as the both of you are in private, with the goal of finding a middle ground and resolving the issue.

When partners approach a relationship in this vain, not only are they going to be able to control their anger when future issues arise, knowing that a mutual resolution is just around the corner, they have much fewer instances where they feel any anger at all.

At this point, the pair have practiced resolution so well, they are incredibly aware and are astute at avoiding an issue altogether.